According to TechRepublic's Bill Detwiler, Apple's original iPhone was little more than an iPhone 3G beta test, which Jobs convinced Apple fans to pay for. The iPhone's lack of common Smartphone features and prototype-like construction, along with the iPhone 3G's evolutionary design, provide the evidence for Detwiler's iPhone Betagate theory.

According to TechRepublic’s Bill Detwiler, Apple’s original iPhone was little more than an iPhone 3G beta test, which Jobs convinced Apple fans to pay for. The iPhone’s lack of common Smartphone features and prototype-like construction, along with the iPhone 3G’s evolutionary design, provide the evidence for Detwiler’s iPhone Betagate theory.

I’m usually not a corporate conspiracy theorist, but while disassembling the iPhone 3G, I couldn’t keep a single, nagging suspicion out of my head — Apple’s original iPhone was little more than a beta test for the iPhone 3G. Adding insult to injury, Jobs and company convinced millions of iPhone users to pay hundreds of dollars for the privilege. I think three pieces of evidence prove my case — the original iPhone’s lack of common Smartphone features, the original iPhone’s prototype-like construction, and the iPhone 3G’s evolutionary design. Let the iPhone Betagate investigation begin! 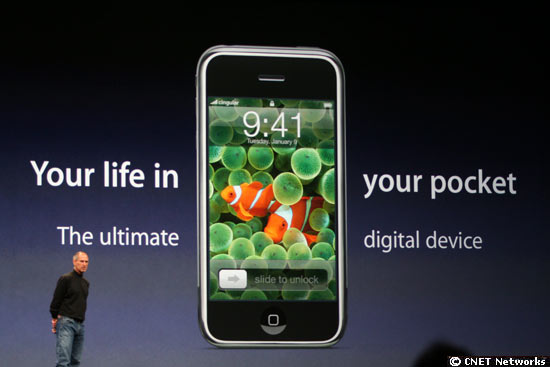 Most noticeably, the iPhone relied on AT&T’s painfully slow EDGE network. By the time Apple released the iPhone in July 2007, I had been using one of AT&T’s 3G-enabled 8525s for several months. The iPhone’s Web browser was much better than the version of IE running on the 8525’s Windows Mobile 5 OS, but the slow data speed ruined the experience.

Lack of 3G support wasn’t the iPhone’s only shortcoming. The iPhone was a nonstarter for many business users because it would not synchronize with Microsoft Exchange through ActiveSync. The lack of stereo Bluetooth support seemed odd in a phone that cost almost $600. And the iPhone offered scant internal memory (4GB and 8GB at launch) for a music player.

As an engineering student, IT professional, and gadget geek, I’ve disassembled, repaired, and reassembled hundreds of electrical and mechanical devices. For TechRepublic’s Cracking Open series alone, I’ve probably dissected a couple dozen pieces of equipment. I have a good handle on when a device is built to be replaced or built to be repaired. 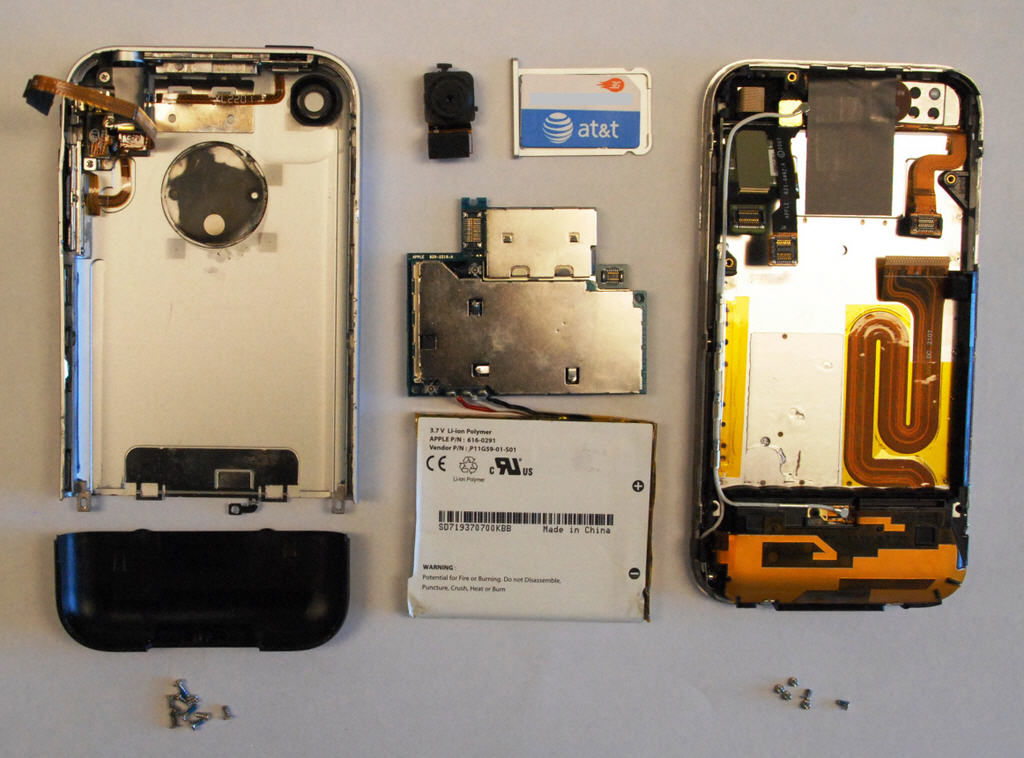 I believe the original iPhone was built to be replaced. How do I know? First, the original iPhone is extremely difficult to open and service, even with specialized tools. Second, the front screen (digitizer) and LCD are a single unit. Cracked, chipped, and scratched screens are a common type of iPhone damage. Replacing a cracked screen requires you to also replace the LCD. Third and most noticeably, the battery is soldered to the PCB assembly. If you need to replace the battery on an out-of-warranty iPhone, you must send the unit back to Apple and pay $85.95. According to Apple’s Web site, the process takes three business days and you will lose all data on the phone.

It’s not uncommon for first-model devices to have a few flaws and bugs. But the three flaws I mention above are obvious defects. I can’t imagine Apple’s product designers and engineers didn’t recognize them during development. Even if I let the fused digitizer/LCD screen and difficult opening process pass, the soldered battery is a no brainer.

It’s true that iPod batteries have never been easy to replace, but the iPhone is primarily a cell phone. What happens when your battery fails? If you rely on your iPhone for business, you really can’t wait three days for a battery replacement. Apple knew most iPhone batteries would last until they launched the iPhone 3G. The company hoped most customers would immediately upgrade to the new phone or upgrade when their original iPhone failed. Apple did not build the iPhone to last.

The iPhone 3G addresses most the original iPhone’s shortcomings but offered no ground-breaking technological advancements. 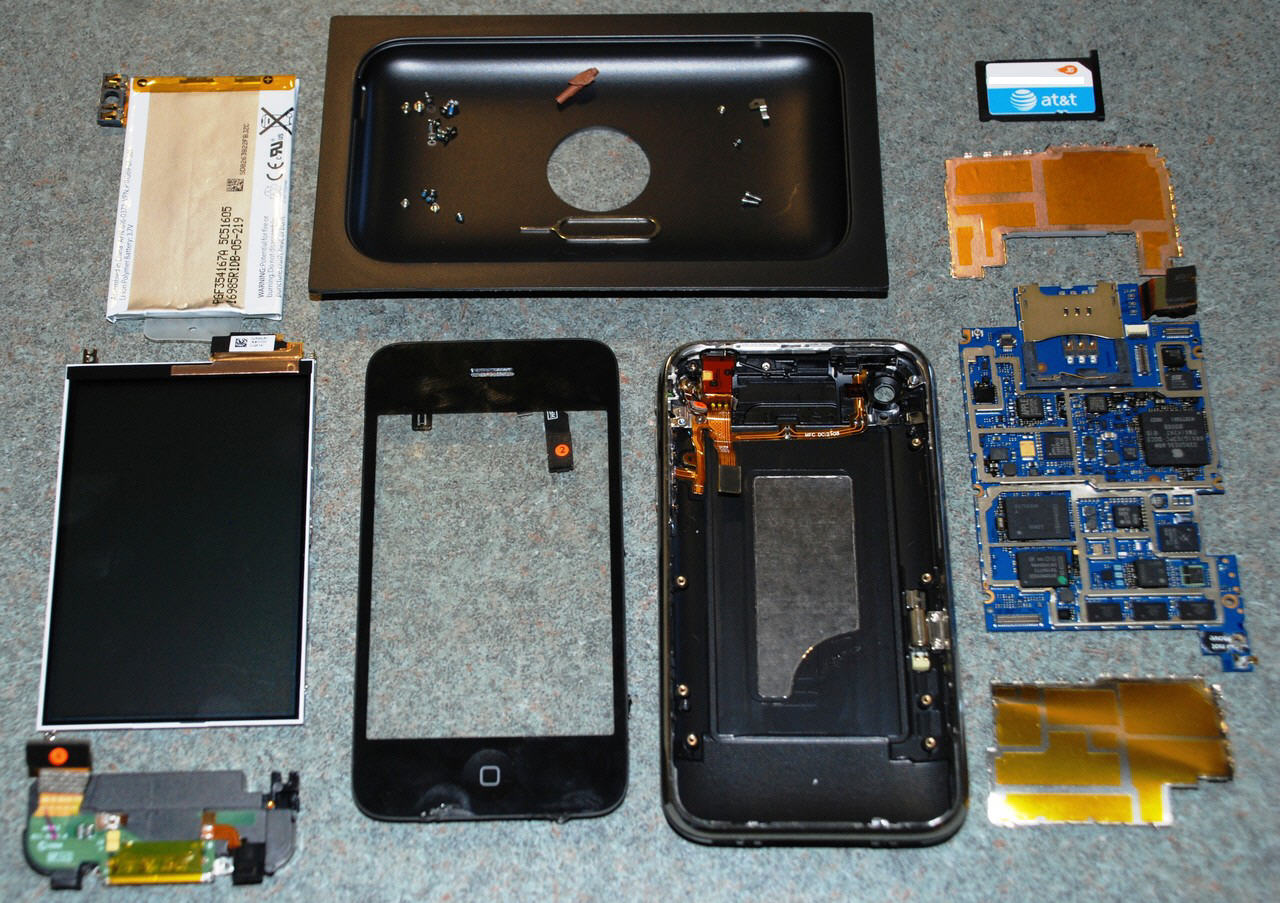 Second, the iPhone 3G is easier to disassemble and service. Cell phone technicians can open the device by removing two external screws and lifting up the front screen. The screen (digitizer) and LCD are separate components and can be independently replaced. And most important, the battery is not soldered to the main PCB. iPhone technicians can even put away those bent paperclips. Apple provides a SIM card removal tool in the iPhone 3G’s box. Overall, the iPhone 3G seems built to last much longer than the original iPhone.

The lesson for IT leaders: Don’t pay to beta test technology

Apple’s iPhone Betagate scandal illustrates a fundamental truth all IT leaders should take to heart. Unless you have an overwhelming reason to do so, do not deploy first-run technology. Wait for the service pack. Conduct limited product trials. Test the product with a small group of early adopters. Rush into a deployment, and you might just be paying to beta test someone else’s product.

Delivered Weekdays
Sign up today
Share: Apple dupes iPhone users into beta testing iPhone 3G
By Bill Detwiler
Bill Detwiler is the Editor for Technical Content and Ecosystem at Celonis. He is the former Editor in Chief of TechRepublic and previous host of TechRepublic's Dynamic Developer podcast and Cracking Open, CNET and TechRepublic's popular online show. Previously, Bill was an IT manager in the social research and energy industries. He has bachelor's and master's degrees from the University of Louisville, where he has also lectured on computer crime and crime prevention.