Is the Apple iPad or the Amazon Kindle the better e-book reader? Mandy Wolf Detwiler says it all comes down to how you want to use the device and personal preference. 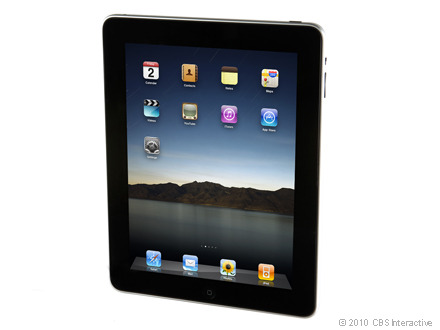 In his keynote address premiering the iPad to the public, Apple founder Steve Jobs applauded the Kindle’s baby steps in changing the face of publishing but promised the iPad would also appeal to readers with a digital library — one that is proprietary to Apple and would compete head-to-head with Amazon.

After spending a week with the iPad, exploring both the free iBook app as well as the Kindle app for the iPad, there are certain inalienable differences that bode well for both Amazon and Apple. Let’s explore.

First, the Kindle hit the market with its initial version as a pricey (a whopping $399) — if limited — gadget. The Kindle was initially so popular with consumers that it was back-ordered for five months. It was replaced in 2009 by the currently available Kindle 2, a slimmer model priced at $259. It’s touted as Amazon’s best-selling product.

The Kindle DX was released in May 2009 on the supposition that the product would better accommodate newspapers and textbooks. It was the first to be released with an accelerometer, allowing both horizontal and vertical viewing. The Kindle DX is currently available for $489. 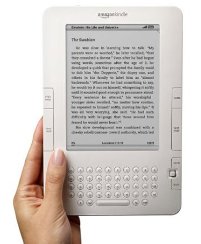 One of the most notable differences is the screens. The Kindle boasts a nearly book-like grayscale matte, while the iPad is equipped with a LED-backlit glossy cover. Initially, my eyes took only a few minutes to adjust to reading on the Kindle (the gray viewing platform using E Ink is similar to a printed book), whereas I found the backlit iPad to be harsh on the eyes, especially for those who spend most of the day working on a computer. The Kindle is easily readable in bright sunlight; the iPad is not, nor could it be viewed wearing sunglasses, so I wouldn’t want to take this to the beach.

The iPad’s iBook app does allow readers to change the size and the style of a book’s fonts, adjust the screen brightness level, and search a book’s contents. One of the most notable features is the ability to hold a finger over a word in iBook and look up the definition in less than a second. Using the Kindle, you can also look up a word, but it takes a bit more navigation because the device’s built-in dictionary is stored in the menu.

The Amazon Kindle for the iPad app takes viewing a book a step further — not only do users have the ability to manipulate text size and screen brightness, but they are also able to change the page from white (with black lettering) to black (with white lettering) and sepia (with black lettering). Sepia most closely resembles the Kindle’s E Ink screen; however, you still have to deal with the glossy cover.

The Kindle does allow users to change text size and has text-to-speech capabilities, neither of which I’ve personally needed to use.

The iBook gets cutesy with the ability to add colorized illustrations — a feature not available on the Kindle (nor any color, for that matter, although artwork is visible). It also has a novel page-turning ability that allows readers to flip pages from the corners or by tapping the screen.

Turning pages on the Kindle is done with buttons on either side of the device. I’ve found page-turning easy on both units, although after using an iPad, I tend to want to use my fingers on the Kindle screen rather than the buttons.

The user interfaces also differ dramatically. The Kindle’s GUI is easy to use but not as easy as the iPad’s iBook app — the iBook boasts a digital bookshelf that allows you to switch from one book to another on sight without losing your place. The Kindle also saves places when reading, but I have to scroll through my current list of downloads before I am able to find the book I’m looking for. The iBook is quicker to open downloads and turn pages, but only by seconds.

Finally, the Kindle’s battery life is far superior to the iPad. With wireless turned off, I get about two weeks of reading versus the touted 10-hour battery life on the iPad. This is especially useful when traveling, as I don’t have to pack a power cable for the Kindle.

When it comes to handling, the Kindle’s size (8″ x 5.3″ x 0.36″) makes it easier to hold, as opposed to the more unwieldy iPad, which weighs in at 9.7 inches. I find I need to prop the iPad up to read on it, whereas the Kindle is much more comfortable in-hand.

In terms of which device is a better e-book reader, it all comes down to how you want to use the device and personal preference. I have to give the Kindle an advantage for its easily readable screen, long battery life, and significantly lower cost. But, the iPad clearly outperforms the Kindle with its touch-screen interface, page-turning speed, and capabilities beyond being an e-book reader.

If you want a device that will be used solely as a reader, the Kindle provides the best bang for your buck; but, if it’s a tablet PC experience you seek (including social media capabilities, Web browsing, video, and email), the Apple iPad is the one you want.

Where the geeky things are
Need a break from the daily grind? Then sign up for TechRepublic’s Geekend newsletter, delivered each Friday. You’ll receive off-topic chatter about all things geeky, including science fiction, movies, gaming, books, space, gadgets, and more. Automatically subscribe today!