AT&T exec: 4 out of 10 of our iPhone sales to enterprises

An AT&T exec says that some CIOs are forgoing laptop purchases if an employee can get by with Apple's iPhone.

AT&T’s Ron Spears, CEO of the telecom company’s Business Solutions unit, said Apple’s iPhone has plenty of traction in the enterprise and in some cases is replacing a laptop purchase. 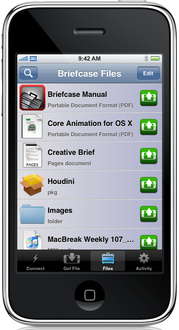 Spears’ comments, made at the Barclays Capital Communications, Media and Technology conference on Thursday, shed some rare light on Apple’s business sales via AT&T. Apple quietly has an enterprise sales force, but its business sales are a rounding error at best relative to its consumer units.

Here’s what Spears had to say when asked about the iPhone’s role in the enterprise:

Four out of 10 sales of the iPhone are made to enterprise users. When the iPhone came out, what most people heard in the first year from ‘07 to ‘08 was oh my God, it’s not BlackBerry secure. This is not going to work on the enterprise space.

At the end of the day, it’s just software. That’s all it is. And by the time the 3G came out in ‘08 they had solved about 80% of the security issues. By the time the 3GS came out last summer, most CIOs will tell you today they have very few issues around the security that they need provided as they have come to know that RIM can do it because of the way RIM provides their solution.

So enterprises today view the iPhone as a mobile computer. It happens to have a voice application on it. But what’s important is what you can do with it, and the way you can mobilize workforces, and specific parts of your workforce, not the entire workforce.

Then Spears detailed how AT&T uses its iPhone lineup at the corporate level.

Most of our monthly reporting is all built into an app that gets updated when our systems get updated, and we do an automatic fetch. And any time I want to look at where we sort of sit from a financial point of view in ABS, it now resides on my iPhone as an app. So it starts to change the way you think about governing your business. It changes the speed with which you can make decisions.

He added that the iPhone is basically a computing device to enterprises and some of them are forgoing laptop purchases if an employee can get buy with Apple’s flagship phone. “If they’ve got a field service force that needs one or two applications on a daily basis; do they need to go out and spend $1,000 or $1,200 for a laptop and then worry about sort of the lifecycle costs of keeping up with the laptop?” asked Spears.

A similar case is likely to be made for the iPad. Also see: Tech bigwigs in love with Apple’s iPad, push business case.

The next question for Spears revolved around whether the enterprise was also looking at Android. Keep in mind that AT&T hasn’t really had an Android lineup for long, but Spears said:

Delivered Weekdays
Sign up today
Share: AT&T exec: 4 out of 10 of our iPhone sales to enterprises
By Larry Dignan
Larry Dignan is Editor in Chief at Celonis. He was most recently Vice President, Editorial and Editor in Chief at ZDNet. Prior to that he was executive news editor at eWeek and news editor at Baseline. He also served as the East Coast news editor and finance editor at CNET News.com. Larry has covered the technology and financial services industry since 1995, publishing articles in WallStreetWeek.com, Inter@ctive Week, The New York Times, and Financial Planning magazine. He's a graduate of the Columbia School of Journalism and the University of Delaware.