The Australian government has canned the idea of a mandatory internet filtering scheme. 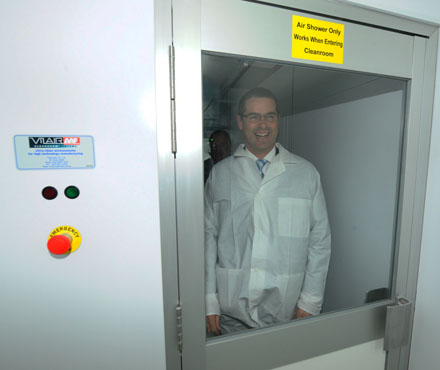 For almost five years, Australia has had the spectre of a mandatory internet filter hanging over it. Sweet relief was finally granted overnight as Communications Minister Stephen Conroy said that the government would instead force ISPs into implementing the Interpol “worst of-” filter , rather than the mandatory filter on “refused classification” content that the government had previously proposed.

Josh Taylor, over on sister-site ZDNet, said that the filter was dumped for political expediency, but this isn’t the first time that the filter has failed to make it to an election. Back before the 2010 election, the filter was delayed as Conroy seeked to give the states time to conduct reviews into what Refused Classification content would be.

This time, though, it looks like the filter is truly dead.

Thanks to Conroy’s plans for a mandatory filter, Australia has been placed on the Enemies of the Internet watch list. Whether this new announcement changes that fact remains to be seen, as a new spectre, in the form of data retention, looms large on the horizon of internet freedom.

Telstra, Optus, and CyberOne have already implemented the filter

Share: Australia free from filter threat
By Chris Duckett
Some would say that it is a long way from software engineering to journalism, others would correctly argue that it is a mere 10 metres according to the floor plan. During his first five years with CBS Interactive, Chris started his journalistic adventure in 2006 as the Editor of Builder AU after originally joining the company as a programmer. Leaving CBS Interactive in 2010 to follow his deep desire to study the snowdrifts and culinary delights of Canada, Chris based himself in Vancouver and paid for his new snowboarding and poutine cravings as a programmer for a lifestyle gaming startup. Chris returns to CBS in 2011 as the Editor of TechRepublic Australia determined to meld together his programming and journalistic tendencies once and for all.In his free time, Chris is often seen yelling at different operating systems for their own unique failures, avoiding the dreaded tech support calls from relatives, and conducting extensive studies of internets -- he claims he once read an entire one.