Battle evil again only without a roll of quarters

A photo gallery from Greg Shultz reminds us of a time when we could save the universe one quarter at a time from the comfort of the local mall. 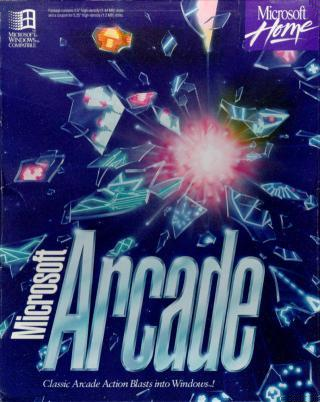 Like many of you approaching the upside of middle age, much of my youth was spent protecting the human race one quarter at a time in the local arcade. Whether it was marauding aliens, chomping smiley faces, or deadly asteroid fields, I could often be found saving a city, a planet, a galaxy, or even the universe at the shopping mall.

Oh, there were some that said I was just wasting my time, but I saw The Last Starfighter — I know where gaming skills can lead. So does Greg Shultz. And that explains his recent TechRepublic Photo Gallery, “Dinosaur Sightings: Microsoft Arcade for Windows 3.1.” If your arcade skills have waned, Greg’s trip down memory lane may just inspire you to once again take up the cause.

Asteroids was the arcade game I played the most — that little triangle ship used to frustrate me terribly, but I always came back for more. Some years later, I had the pleasure of beta testing the updated version of Battlezone for the PC, but it was not one of my favorite arcade games.

The game that interests me in Greg’s Photo Gallery is Tempest — I don’t remember that one at all. Anyone want to share their memories and experiences with that game?

Share: Battle evil again only without a roll of quarters
By Mark W. Kaelin
Mark W. Kaelin has been writing and editing stories about the information technology industry, gadgets, finance, accounting, and tech-life for more than 25 years. Most recently, he has been a regular contributor to BreakingModern.com, aNewDomain.net, and TechRepublic.com.