Blizzcon 2008: For some, the line between life and game is blurry

Video and Photo Gallery evidence from Blizzcon 2008 reveal that some players take their Blizzard Entertainment game fandom to a higher level than the rest of us.

As most of you know by now, I am an avid computer gamer. One of my favorite games at the moment is World of Warcraft. Together with Bill Detwiler and several TechRepublic members, friends, family, and associates, we have formed a guild in WoW called Technologia on the Duskwood server playing for the Horde faction. We play for fun and don’t take it too seriously, but that is not necessarily true for everyone. 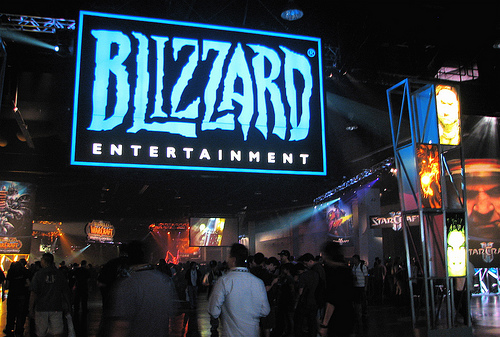 As you can see in the video above and in the TechRepublic Photo Gallery, Thousands of fans come dressed to kill at Blizzcon 2008, some people take World of Warcraft and the other Blizzard Entertainment game franchises, Diablo and Starcraft, very seriously. Whether it is standing in line for hours during registration or fabricating elaborate costumes of their favorite game characters, these fans are passionate about their chosen game.

Besides the Blizzcon 2008 costume contest (see the winner in the video), there was a dance contest and there were several discussion panels where players get to ask the developers that question all gamers want to ask, “What were you thinking when you… ?” You can fill in your own pet peeve.

Oh, and one bit of warning to anyone with friends, family, or spouses that play World of Warcraft: The next expansion pack for this popular MMORPG, Wrath of the Lich King, is due in November. That means 10 more levels, thousands of new quests, a new huge continent to explore, a new Death Knight class, and hundreds of gaming hours are all less than a month away. I’ll take odds that your WoW-playing friends have already pre-orded WotLK.

Speaking for Technologia, I will tell you that we are all looking forward to it. If you have a notion to give World of Warcraft a try, shoot me a message. I promise we’ll take good care of you.

Share: Blizzcon 2008: For some, the line between life and game is blurry
By Mark W. Kaelin
Mark W. Kaelin has been writing and editing stories about the information technology industry, gadgets, finance, accounting, and tech-life for more than 25 years. Most recently, he has been a regular contributor to BreakingModern.com, aNewDomain.net, and TechRepublic.com.