SmartScreen Filter is a feature in Internet Explorer that helps detect phishing websites. SmartScreen Filter can also help protect you from installing malicious software or malware, which are programs that demonstrate illegal, viral, fraudulent, or malicious behavior.

SmartScreen Filter helps to protect you in three ways:

While having this feature built into Internet Explorer offers terrific protection while in the browser, what about apps that access the Internet that can be installed in Windows 8? What about other browsers that will find their way into Windows 8? In order to offer the same level of protection throughout the operating system, Microsoft has integrated Internet Explorer’s SmartScreen Filter technology right into Windows 8, where it is now called Windows SmartScreen.

In this edition of the Windows Desktop Report, I’ll take a look at the Windows SmartScreen technology built into Windows 8.

To configure the SmartScreen feature in Windows 8, just press the [Windows] key, type Smart, select Settings, and click Change SmartScreen settings, as illustrated in Figure A. When you do, the Action Center will appear and you’ll need to locate Windows SmartScreen in the Security section, as shown in Figure B. Then click Change settings

By default, Get administrator approval is configured and is the strongest setting. The Warn before running is a medium setting will and simply display a warning message and the Don’t do anything simply disables Windows SmartScreen. 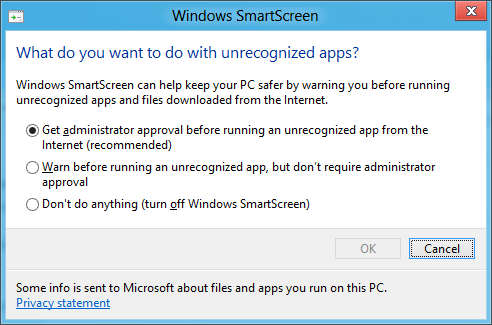 There are three levels for SmartScreen protection. 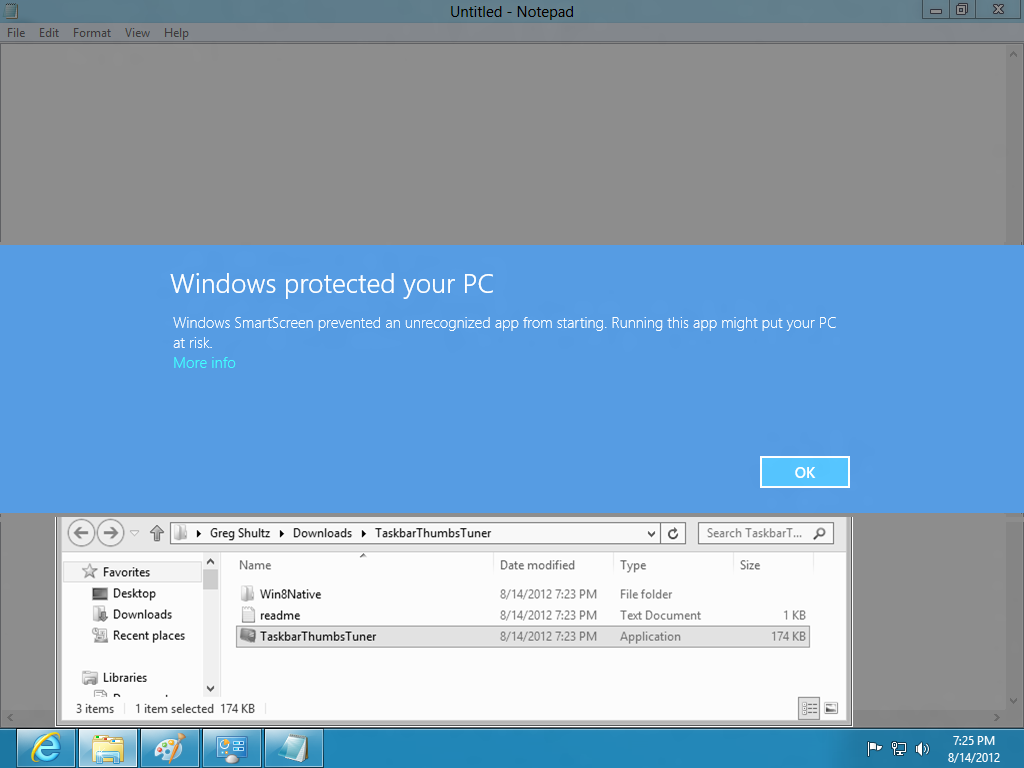 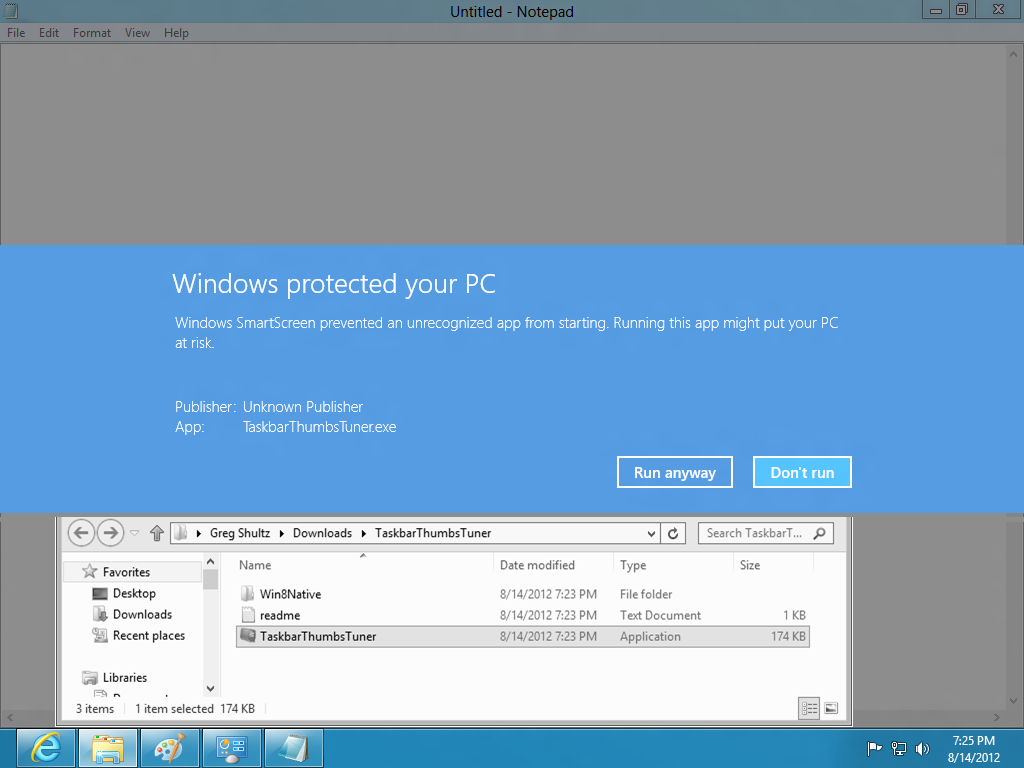 Windows SmartScreen will allow you to run the program anyway.

Now, keep in mind that just because Windows SmartScreen grabbed this program doesn’t necessarily mean that it is bad – it’s just not recognized and considering that Windows 8 Preview is essentially a beta, it’s possible that the database is limited at this time.

What do you think of the level of protection offered by Windows SmartScreen? Will you leave it enabled or will you disable it? Of course things may change a bit with Windows SmartScreen between now and October 26th when Windows 8 officially launches. As such, I’ll cover it in more detail later. As always, if you have comments or information to share about this topic, please take a moment to drop by the TechRepublic Community Forums and let us hear from you.

Delivered Weekdays
Sign up today
Share: Built-in SmartScreen technology provides extra protection in Windows 8
By greg shultz
My first computer was a Kaypro 16 \"luggable\" running MS-DOS 2.11 which I obtained while studying computer science in 1986. After two years, I discovered that I had a knack for writing documentation and shifted my focus over to technical writing.