Businesses are embracing the BYOD movement. This is liberating but can lead to difficult choices when picking a smartphone.

The End of an Era 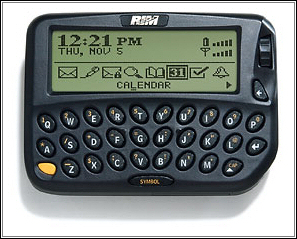 Sad as it may be for some, it’s been apparent for a while that the days of Blackberry’s corporate domination in the business phone realm are gone. RIM’s downward slide reminds me of Novell Netware at the turn of the last millennium (OK, now I feel like an old-timer). It seemed nothing could bring Novell out of their eroding tailspin, and the mistakes the company made in trying to regain market dominance only increased the velocity of their spin, like Maverick and Goose in the movie “Top Gun.” Novell is still around, but as a mere shell of what they once were. I believe this is RIM’s future as well despite their upcoming Blackberry OS 10.

So the world has moved on from Blackberry, which currently holds about a 4.3% market share in the smartphone arena, down from over twice that a year ago. I myself carry a Blackberry Bold 9650 and am looking for a change. A different set of must-have devices are now available: Apple’s iPhone 5 (aka iOS) and Google’s Android.

Note that the Android isn’t a phone per se (however, I’ll refer to it as one for the purpose of this article) but rather the Linux-based OS that runs on the phone. A phone running Android can be one of any number of different devices; some by Samsung, some by HTC, and others by Motorola to name a few examples. Some Android phones are made by Google, such as the Nexus, whereas others just run the Android OS. The Samsung Galaxy S III is arguably one of the most well-known Android devices, and so I will use this as the standard Android “template” to discuss in this article.

If you’re on the prowl for a new smartphone like me, which one should you go with? You may be reading this thinking “This is an article for the Google in the Enterprise blog, so of course the author is automatically going to recommend Android.” Not necessarily. In order to decide upon a smartphone, you should think of which phone more closely resembles you, rather than which image of a typical iPhone/Android user applies to you.

It’s All About You

You can do a Google search for “iPhone vs. Android” and come up with a seemingly unlimited number of articles and reviews which compare and contrast the two phones. One such article on ipod.about.com does a great job laying out the details. This hot topic was also discussed here on TechRepublic earlier this year.

Many will opine that the iPhone is for incurious “corporate suits” who like predictable, hassle-free products that work everywhere, whereas the Android is for the “geeks in the trenches” who prefer customizing their own operating systems and digging into the innards of their phones. This is a stereotype much the same as those “Windows vs. Mac” commercials (in which the free-spirited rebellious type was a Mac devotee, ironically). In reality, users from all backgrounds and occupations love the iPhone and Android for a multitude of reasons, and that’s how it should be. People have chosen one or the other based on the popularity, applications, features, or appearance.

With these criteria in mind, I opted against a “pros versus cons” angle for this article since a pro for me might be a con for you. For example, one person might consider the 4-inch iPhone 5 screen too small as compared to that of the 5.3-inch Samsung Galaxy Note, whereas the Note might be deemed a battery-killer or too inconvenient to carry due to its screen size. Therefore, a larger screen isn’t necessarily a plus or minus. Let’s follow the lead of Joe Friday of “Dragnet” and stick with the facts.

Popularity – Who is on first?

This press release from IDC lays out the most recent market share between the iPhone and the Android, aka The Big Two. Android currently holds 75% and the iPhone owns 14.9%. Also measured are Blackberry, Windows, Symbian and Linux phones (separate from Android). Since the numbers for these latter four are so small (Business Insider went so far as to proclaim “The iPhone 5 and the Galaxy S III are the only phones that matter right now“), I’m leaving them out of the discussion. Similarly, I will skip tablets as well to focus on smartphones only.

Now, I’m not saying that just because something is popular that you should run out and buy it. Market share doesn’t necessarily define which phone is better, but rather which one is more widely used. It’s worth noting that Android gained 17.5% of the market share over the past year whereas the iPhone gained about 1.1%. These may be in part due to the number of different devices running Android, and the relatively small but fiercely loyal group of Apple devotees – people who have rightfully bonded with Apple. Just because the iPhone is in 1/5th of the places Android is doesn’t make it a lesser option, but decision-makers whose principles are guided by market share may find these numbers worth consideration.

Applications – The Fuel in the Tank

A smartphone without applications merely makes and receives calls. Maybe the screen can also serve as a flashlight, but that’s about it. The applications are the core of the operating system. Both the iPhone and Android have app stores – in fact, the Apple App store for iPhone and the Google Play Store for Android each now have about 700,000 apps according to recent news.

Many of the apps are free for both stores, but this especially true in Google’s – again, the Android is an open source OS. This can be an attractive consideration – certainly Apple has a reputation for being pricey – but it’s also worth noting that Android is still the second option for big companies developing applications, according to Ryan Matzner of Fueled. Many applications exist for both platforms, but it’s logical that developers will focus on releasing/updating the paid applications before the free ones.

At the core basic level, each type of phone provides a standard set of common applications such as calendar, tasks, notes, music/video players, camera, and document readers and of course the ability to make and receive calls. Some specific examples of the applications each platform provides:

Android in turn provides its own lineup:

Apple requires the use of iTunes to manage software and media files, which is not a popular choice among some. I find iTunes to be occasionally difficult to work with and it has refused to synchronize certain video files, for instance. On the other hand, it’s been around a long time and has much exclusive content.

Features – How to make it work for you

The great thing about competition is that many product features will be the same among manufacturers. For instance, both devices let you share files between phones, customize certain alerts and notifications, arrange icons, read text aloud in certain situations, tap near or touch the top of the phone to scroll up the page and so forth.

So what unique features are on hand? Here are some examples (by no means a complete list).

The height, size, weight and appearance of these devices can’t be rated as “better” or “worse” – it all depends on the tastes of the buyer. As the saying goes, I don’t know much about art, but I know it when I see it. As with cars, houses, and spouses we all have a different opinion of what quality is when it comes to how something looks.

If you’re shopping for a smartphone, I recommend doing a Google search on the Android model you’re interested in vs. iPhone to see how it compares.

As far as carriers go, Android is available across the four major companies (T-Mobile, AT&T, Sprint and Verizon Wireless). The iPhone is not available on T-Mobile unless it is unlocked. Plans including minutes and data will depend on the carrier, of course.

Want to try out Android before making the choice? You can download an Android emulator here (part of the Android SDK) which will allow you to try out the OS and even install applications to see how you like the environment. Unfortunately I was not able to locate a decent iPhone emulator for their latest OS, but a visit to the Apple store can get you a hands-on session and the staff there is more than helpful.

For some fun video comparisons between the iPhone and Android, check out “50 reasons why the iOS is better” and “50 reasons why the Android is better.” These great productions provided many of the facts in this article so hats off to PhoneBuff.com for a genuinely fair and balanced view.

As for myself, I plan to retire my Blackberry and go with the Samsung Galaxy III (this was not an automatic choice; I truly was torn 50/50 for some time), because I want the removable battery/storage, the bigger screen and the tie-in to the Google Apps I use. I also believe that TCO for an Android will be lower than that of an iPhone once you factor in the apps. However, I also plan to buy the iPhone 5 for my wife so she can benefit from it (and so I can maintain a close hands-on relationship with both products). This brings us the best of both worlds.

If you’re stuck at the decision process and just can’t make headway, let me offer you one final bit of reassurance: no matter which smartphone you pick, you can play Angry Birds on either!

Share: Choose your smartphone wisely: iPhone or Android
By Scott Matteson
Scott Matteson is a senior systems administrator and freelance technical writer who also performs consulting work for small organizations. He resides in the Greater Boston area with his wife and three children.