What the year will hold for software, infrastructure and platform as a service

Could 2011 be the breakthrough year for cloud computing?

Offering users the benefits of more predictable IT costs, ease of implementation and greater flexibility, cloud computing has generated huge interest in the last couple of years but adoption has been slowed by concerns around the security and reliability of cloud services.

Yet the cloud computing market remains a tiny fraction of the entire IT market: Gartner forecasts IT spending in 2011 will be $3.6tr, which means cloud computing will account for a mere 2.3 per cent of the global market.

“[Cloud computing is] tiny if you compare it with the entire IT market, so there’s still a lot of room for growth and it also explains the high rate of growth,” Laurent Lachal, senior analyst at Ovum told silicon.com.

But 2011 could be the year in which businesses move from merely talking about cloud computing to putting at least some of their IT services into the cloud. 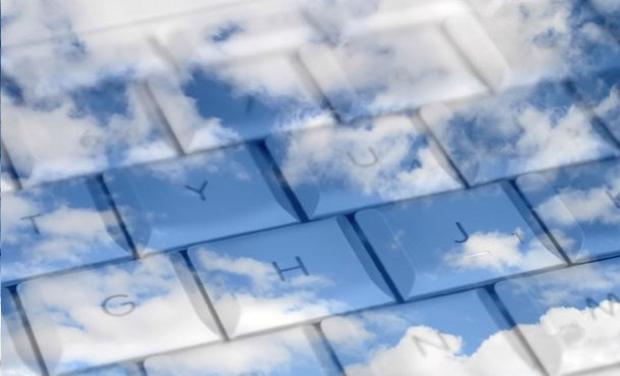 Cloud computing has been talked about for several years but 2011 could see more businesses actually adopt the technology
(Photo credit: Shutterstock)

Cloud computing is a broad term which covers a number of variations of technology: software as a service; infrastructure as a service; private cloud; and platform as a service, each of which will have differing fortunes over the next year.

Software as a service

Software as a service (SaaS), in which applications are hosted by vendors and delivered to customers over the internet, is the most mature of the cloud computing technologies. Some SaaS providers have been around for more than a decade.

Of particular interest in 2011 will be how the incumbent SaaS providers – such as Google and Netsuite – develop their products and their user base in the face of new competition from companies, such as SAP, that previously only offered on-premise versions of their products. In general, however, analysts are expecting steady growth in the market during the year.

Infrastructure as a service – public cloud

While SaaS continues its steady march, the cloud computing area with greatest potential for growth in 2011 is infrastructure as a service, according to analysts.

This area of cloud computing allows organisations to…

…run their processes and store their data in virtualised datacentres run by third parties.

Quocirca director and analyst Bob Tarzey stressed that infrastructure as a service is still a fairly nascent technology – but one that has grown significantly over the past few years.

“Back early in 2010 you wouldn’t have seen that many workloads running in the cloud but by the end of next year we should see a significant number,” he said.

And Tarzey believes the amount of investment going into infrastructure as a service suggests 2011 will see a lot of activity in this particular part of the cloud.

“Either these guys are investing in lots of infrastructure that isn’t going to be used or there’s something real going on, and we think it’s the latter. We really think this is taking off,” Tarzey said.

As well as infrastructure as a service in the public cloud, private cloud will be an increasingly important area in 2011, according to Lachal.

Private cloud is the term describing when businesses take advantage of technology pioneered by cloud computing vendors to modernise their own internal datacentres, by combining virtualisation, automation and scalability.

Organisations having more flexible computing through internal or ‘private’ clouds are likely to become more common in 2011
(Image credit: Shutterstock)

By adopting these techniques for in-house datacentres, computing resources can be pooled and shared and scaled up depending on demand. Organisations can become more flexible and prioritise which areas of the business need computing power and when.

“The challenge at this level is more cultural… it’s about line-of-business people not having the application overly customised for the ways this needs to be reused in other circumstances,” he said.

Despite predicting a significant increase in uptake of infrastructure as a service, Lachal stopped short of saying private cloud will be everywhere by the end of 2011. “There will be more private cloud initiatives [but] it will take several years for true private cloud [to become widely used],” he said.

Platform as a service

The third area of cloud computing to have emerged in recent years is platform as a service, which describes a set of services hosted by vendors on which companies are able to develop and host applications.

Microsoft describes its Windows Azure technology as a platform as a service because, unlike infrastructure as a service, it has an integrated software layer on which applications developed using Java, .NET, PHP and XML, among others, can run.

…Salesforce.com’s Force.com platform. Lachal predicted that it’s likely IBM will launch a similar platform in 2011, based on its Websphere technology.

However, analysts feel that platform as a service could well be subsumed by infrastructure as a service in the coming years as these platforms open up to other types of code and become less attached to the platform or ‘fabric.’

For example, Force.com was initially intended only for applications using Salesforce.com’s Apex code. However, the company recently teamed up with VMWare to allow Java developers to build applications for Force.com and acquired the Ruby-based cloud platform Heroku, suggesting that it’s embracing other developer languages.

Lachal added that new entrants in platform as a service, such as Red Hat, are likely to have a more infrastructure-based approach, meaning customers will be able to have instances of processing and storage, which will also include a development and operating environment for their applications built on different programming languages.

The attitudes of businesses will be a key element in the development of cloud computing in 2011.

“There will always be people who take the attitude that you cannot control what’s in the cloud and it’s not secure enough and therefore you won’t put your crown jewels on the cloud,” Lachal said.

Concerns about the security and reliability of cloud computing are likely to be allayed in 2011 as many new businesses see it as the best option for access to computing resources
(Photo credit: Shutterstock)

“There are still technology issues – latency and security issues – but not as many as people think. There are solutions to a lot of these problems. However, the attitudes are evolving less fast than technology and it will take some time for people to really trust their core applications to the cloud,” he added.

Ultimately, it will be the use cases that influence the adoption of cloud computing. “What we recommend is that the cloud is best suited for utility-type functions that don’t differentiate your business,” Bob Tarzey said.

However, Lachal added that start-up companies now have little choice but to use public cloud computing as venture capital organisations are unlikely to fund the building of datacentres for unproven businesses.

“It doesn’t make any sense for a start-up to do that – and then if the start-up is successful, then yes, after a few years they can, if and when it makes sense, create their own datacentre,” he said.

“There will not be a stampede [towards cloud computing] but I think there is a momentum because technology and attitudes are evolving and there is a new generation of companies that are cloud-based and are just getting on with it because they have no choice,” Lachal said.

“We do not think, by any measure, that the whole world is going in a decade’s time to be totally run on cloud computing, it’s just that cloud computing will make a huge contribution to the computer resources that we need,” Tarzey added.

Share: Cloud computing: Why 2011 is the year to say ‘do it’
By timferguson