I remember a time when the best, most portable way to play music was with a vinyl record. For many of you that may seem like ancient history, but for me the vinyl album is how I think of music even today. I know in the iPod era we live in now, many think of ... 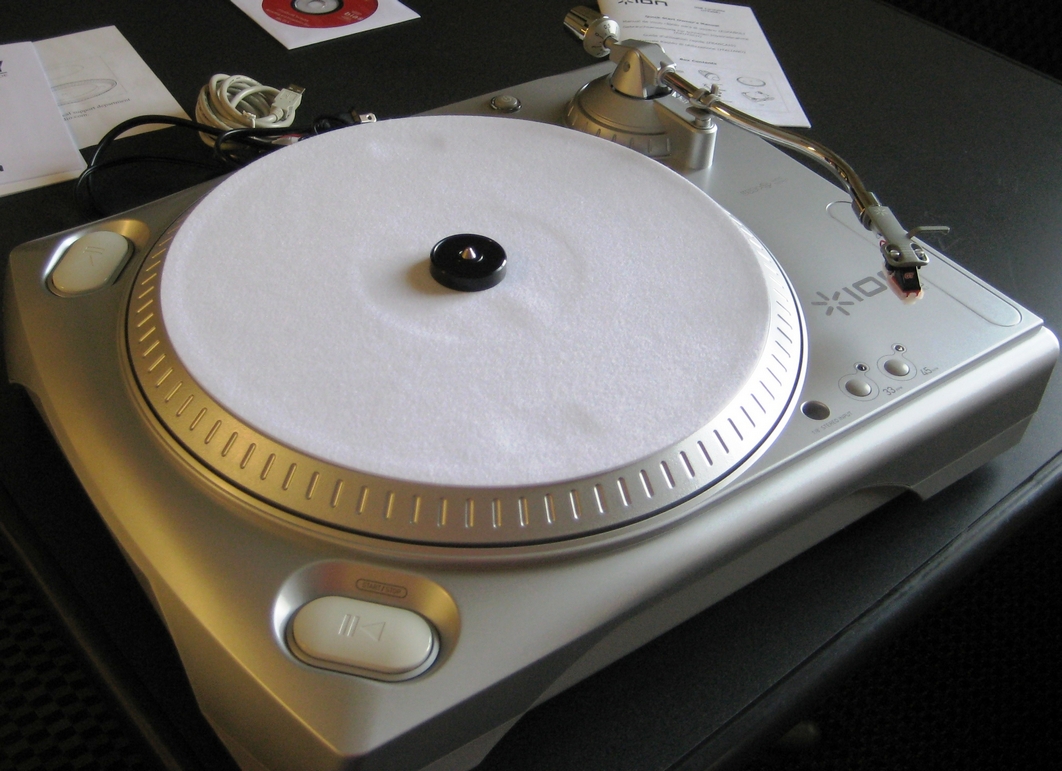 I remember a time when the best, most portable way to play music was with a vinyl record. For many of you that may seem like ancient history, but for me the vinyl album is how I think of music even today. I know in the iPod era we live in now, many think of music as a song-by-song smorgasbord of choices, but I still shop and buy at the iTunes music store by album not by song.

And if you were a participant in that lost era of the vinyl record album, you probably have several favorite albums carefully stored in a bookshelf somewhere. Sure you have replaced them with their updated CD-ROM versions, but you miss the richer sound of your vinyl friend. You miss vinyl in particular when you hear how some sound engineer has changed the way the album was originally mixed, rendering it a pale shadow of itself.

I still have all of my vinyl albums, which span musical genres and artists ranging from America to Warren Zevon. The one thing I have always wanted to do since the CD-ROM became the predominant medium is convert some of my old albums into a digital format. And I don’t mean just buying the CD version of the album, but capturing that special vinyl sound I grew up with by actually recording from the album record. Some of my motivation stems from the disappointing way some sound engineers’ inflict their own interpretation of the music onto the CD mastering process. Albums like The Who’s Meaty Beaty Big and Bouncy and Jethro Tull’s Aqualung come to mind immediately as albums with CD versions that just don’t do justice to the actual intended sound. The other motivation is that some very old vinyl albums have yet to be offered in the CD format.

And now my wish to revisit the joy of the vinyl record has been answered with the Ion iTTUSB turntable. TechRepublic recently purchased this USB turntable as part of our Cracking Open series of galleries. But before we risk opening up the turntable to see the magic inside, we thought it best to give it a thorough test.

Check out the first look gallery if you want a close-up view of the Ion iTTUSB turntable.

So, to that end, I brought in some vinyl records from my collection and used the turntable to convert them into MP3 files.

The process is not as simple as popping a CD into a player, but it is certainly much easier than it would be with a conventional turntable.

There are, however, some caveats to keep in mind, some of which I found out the hard way. You see, the instructions for how you actually perform the conversion are a little on the sparse side. Ion should invest in a good documentation writer. Anyway, here are the caveats and corresponding advice:

After some tweaking of the process, I was converting vinyl into digital music that I could play on my iPod Shuffle. The music quality produced by the turntable was a pleasant surprise and was generally comparable to the quality produced by my expensive turntable setup years ago. The iTTUSB could easily pass for your everyday turntable if you prefer to listen to your vinyl recordings for more than the mere time it takes to convert them to MP3.

If you still own vinyl that you want to listen to on a regular basis, either as converted MP3 files or directly off the plastic itself, I can highly recommend the Ion iTTUSB turntable. It is inexpensive and you get a lot of bang for your buck at around $120. Converting an extensive collection of vinyl (I have about 300 albums and another 50 45s) is going to take you a long time, so you may have to be selective. But the task is really a labor of love and one vinyl audiophiles will likely relish. I’ll be looking to buy one for myself — that is my highest endorsement right there.

Share: Convert your favorite vinyl albums to MP3s with the Ion iTTUSB turntable
By Mark W. Kaelin
Mark W. Kaelin has been writing and editing stories about the information technology industry, gadgets, finance, accounting, and tech-life for more than 25 years. Most recently, he has been a regular contributor to BreakingModern.com, aNewDomain.net, and TechRepublic.com.