Microsoft Flight Simulator was one of the first "killer" game applications for what was then the nascent personal computer gaming market. Mark Kaelin reminisces. 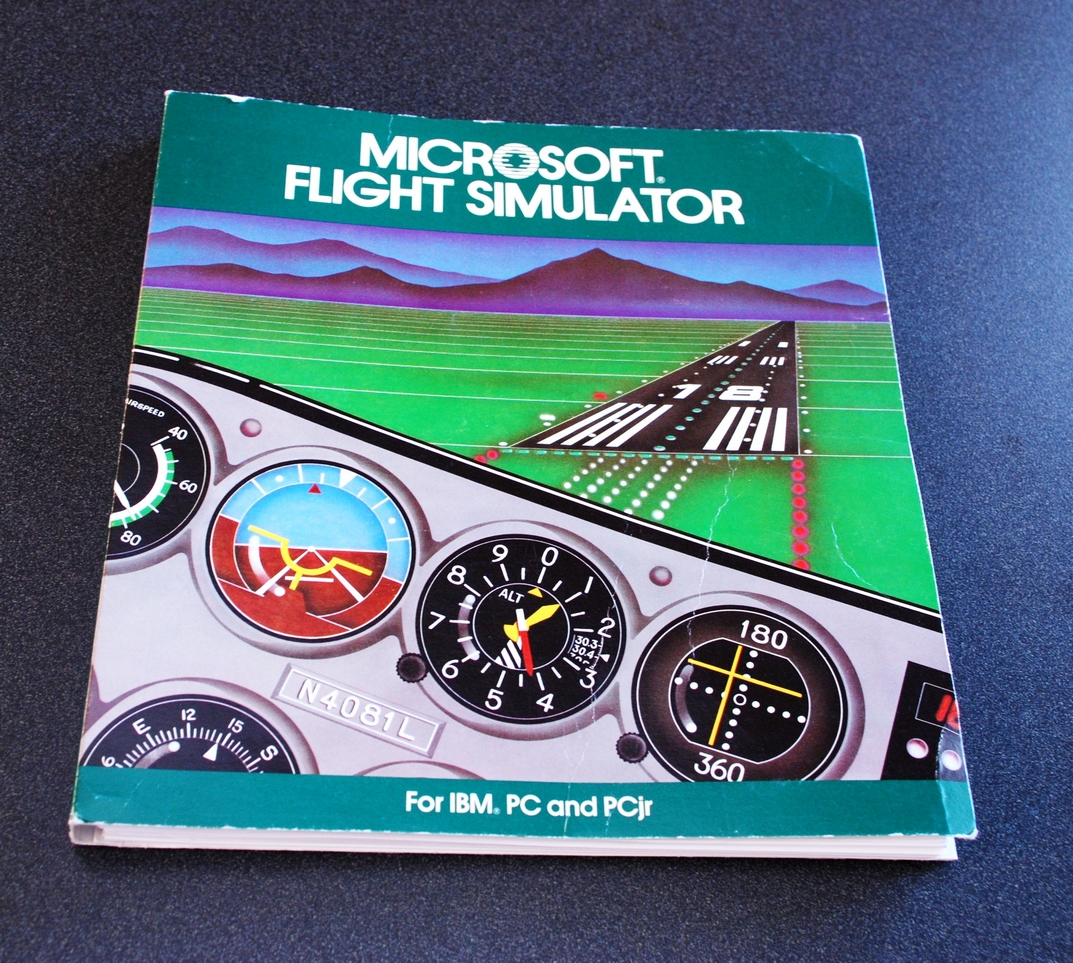 In the early to mid-1980s, a significant thing happened for gaming geeks like me — the era of computer gaming began. With the console market tanking, the PC became the platform of choice for video gaming in the home. And one of the first killer applications during this period wasn’t even truly a game. Microsoft Flight Simulator was just that — a simulator. It was not a game, but people loved it.

Get a firsthand look at an early version of Microsoft Flight Simulator in the TechRepublic Dinosaur Sighting Photo Gallery.

Microsoft Simulator revealed the power of the personal computer as an entertainment platform by immersing the player into an alternative reality where they could actually fly a plane, not like in an arcade game, but in a simulation of the real thing.

Just like real pilots, these home-bound pilots had to learn flight systems and understand the terminology of flight. The documentation included maps, information about radio frequencies and fuel consumption, and airplane diagrams. The documentation was required reading if you wanted to fly your plane and not crash.

Once in the cockpit, the would-be pilot had to learn the instrumentation. You had to understand what the altimeter was showing, and you had to learn what pitch and yaw meant. This was a complicated and involved game requiring patience and comprehension that Space Invaders would, and could, never require of a player. This was gaming-geek nirvana.

Microsoft Flight Simulator ushered in the era of the thinking computer game: adventure, strategy, and simulation. There were no first-person shooters during this period, but there were hundreds of simulations, war games, RPGs, and adventure games to stimulate your senses. It was during this time period where I became a full-fledged gaming geek, and I have never looked back.

Delivered Weekdays
Sign up today
Share: Dinosaur Sighting: Microsoft Flight Simulator
By Mark W. Kaelin
Mark W. Kaelin has been writing and editing stories about the information technology industry, gadgets, finance, accounting, and tech-life for more than 25 years. Most recently, he has been a regular contributor to BreakingModern.com, aNewDomain.net, and TechRepublic.com.