In this E3 2010 wrap-up, Geekend contributor Andy Moon highlights photos and videos from the gaming conference and reveals his favorites, which include Fallout: New Vegas and Ghost Recon.

The E3 2010 gaming conference was held June 15 – June 17 in Los Angeles, and GameSpot reports that approximately 45,600 people from 90 countries attended the event. The GameSpot crew logged long hours collecting the skinny on all the game announcements, and here are some of the highlights.

Two of the biggest headlines from E3 2010 are that Project Natal is now called Kinect for Xbox 360 and Nintendo unveiled the 3DS, but I’m most excited about Twisted Metal, TRON: Evolution, Mortal Kombat, Fallout: New Vegas, and Ghost Recon: Future Soldier. (The Ghost Recon graphics are awesome, though it looks to be a little slower than the pace at which I normally play, being that I’m a Halo guy.)

For more about E3 2010, check out these galleries on TechRepublic, which feature games, consoles, costumes, and more. 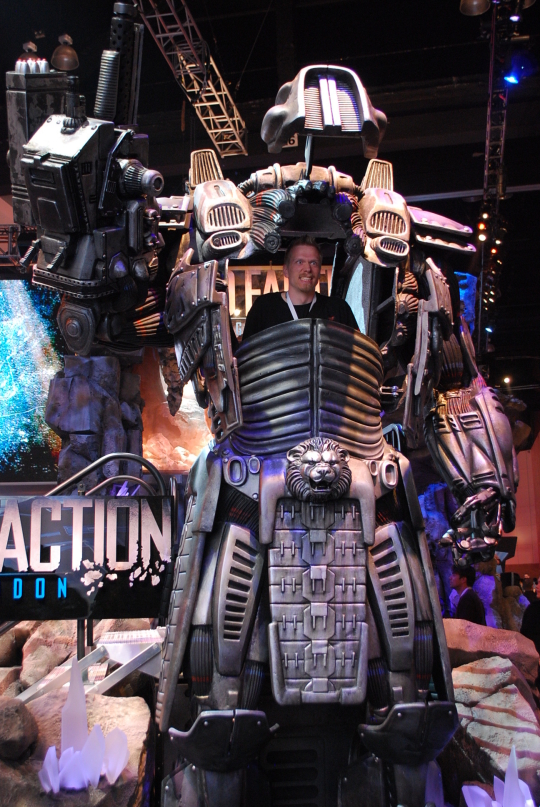 Here’s a collection of some of GameSpot’s videos (which include interviews, demos, trailers, and tips) from day three of the gaming convention.

CNET News.com editors are already reflecting on what was missing at E3 2010. Several points they raise are: the portable PlayStation didn’t get a price drop, many of the titles mentioned won’t be released until 2011, and there was no mention of casual games such as FarmVille and Mafia Wars.

After checking out these E3 2010 photos and videos, which games interest you the most? Will you buy a console just to play one of these games? (I plan to buy a PlayStation in 2011 so I can play Twisted Metal when it comes out.) Let us know in the discussion.

Disclaimer: GameSpot is a CBS Interactive Inc. brand.
Sign up for the Geekend newsletter

Delivered Weekdays
Sign up today
Share: E3 2010 highlights: Kinect, Nintendo 3DS, Twisted Metal, Gran Turismo 5
By andy j. moon
I have been working full time in the IT field since 1996, when I worked a dual role as a salesman and technician. I moved into the technical realm completely in 1997 as a consultant, where I worked contracts for the City of Houston, Exxon, and Metro. \ \ \ In 1997, I also began training and developed a love for education, particularly post-secondary education. I really enjoyed teaching people that weren't forced by law to be in my classroom. I taught as my primary job responsibility for four years, and I had never felt more at home than I did in front of a class full of students. \ \ \ In 2001, I began working in the IT department for a community college just south of Houston and was their Server Support Specialist for seven years, during which I completed my Associate's degree from the same institution. In 2008, I moved to a four year University in Houston, where I am the IT Manager for a department. I completed my BS in Management of Information Systems in May of 2009 and began an MBA program with a global specialty the following fall. \ \ \ My most likely path will have me complete my MBA in 2011, after which I will start work on my doctoral degree, specializing in Educational Leadership.