Fluent: A brilliant new Gmail interface that you can’t have

Fluent is a very promising alternative user interface for Gmail; if only there were no waiting list.

Remember Google Wave? Did you think it had some neat ideas, but needed an interface easily understood by somebody other than a PhD-toting Google engineer? Three ex-Wave crafters have reached into your brain, pulled out your deep-rooted complaints and ideas about making email smarter, and fused them into a better interface for your existing Gmail. It’s called Fluent, and it’s worth trying out.

Trying out, though, is all you can do. Fluent offers a robust demo, but try to sign up and you find out that the wait is at least two months. Play with the demo, and you’ll see why. Mac and iOS users have something similar in Sparrow, but Fluent is entirely on the web, and meant for anyone who has a screen and a Gmail or Apps account.

A quick tour through the hits 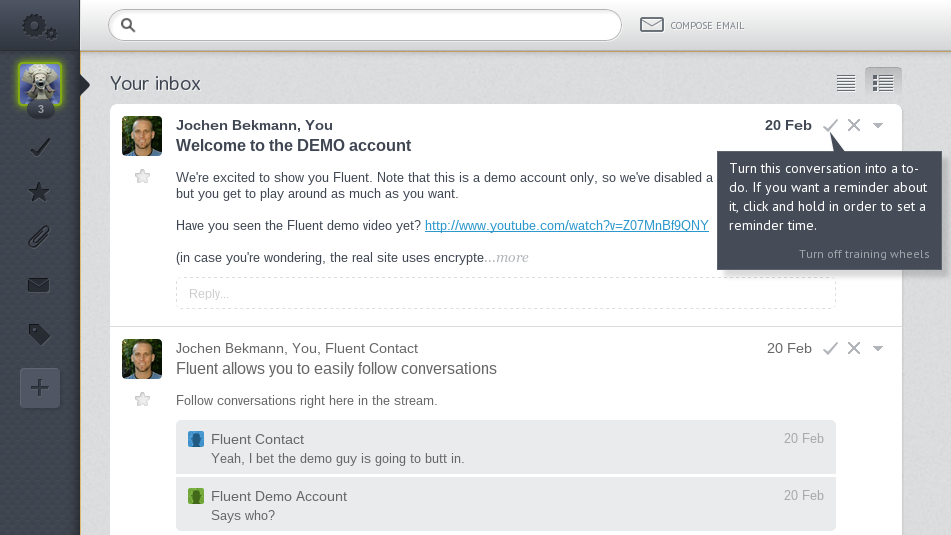 The navigation, features, and inbox itself have been reduced to a very minimalist sidebar. Messages get the most space, and only the most common actions get their own button.

The big change, though, is that one of those “most common actions” involves turning an email message into a to-do item. Gmail’s Tasks feature is a tucked-away, minimal, and generally ignored function of Gmail. In Fluent, converting emails into to-dos gets its own button, its own sidebar button, and are considered a part of the day-to-day workflow (which they basically are).

Attachments aren’t really separate items paper-clipped to the bottom of the message, for viewing in a separate tab. They’re in the email, visible as a thumbnail and popping up in full view when you need them. 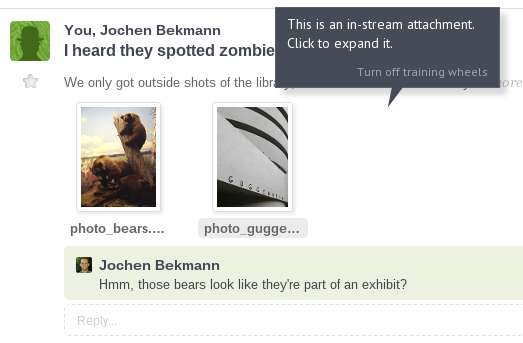 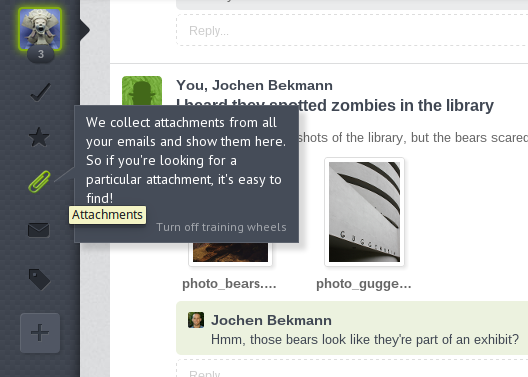 Archiving is the default “trash” action while deleting is one of the functions you have to pull down from the “Other actions” arrow. That’s just how Gmail works, and it’s a smart move.

Conversations aren’t threaded as separate cards in a file, but as inline, color-differentiated “chats” inside one box. It seems like it would actually inspire one to write shorter email replies, which in turn might move you to reply to more messages. And that’s quite a feat for an email client. It’s easy to reply to a message in a tiny box in your inbox, but click on a particular “chat” to pop out a more full reply window. 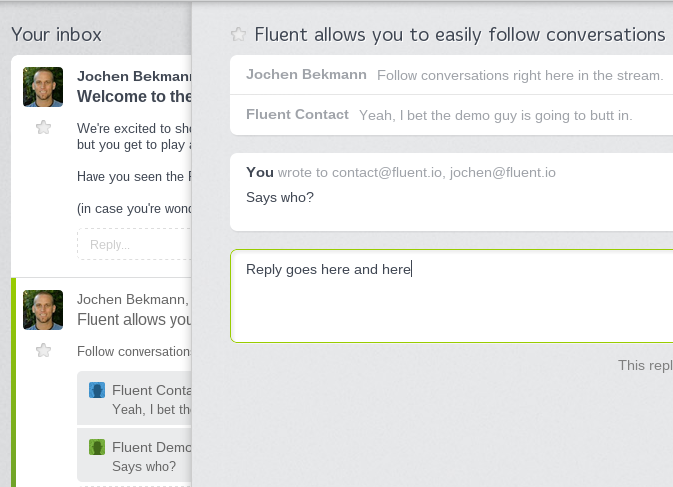 There’s much more to come, including a mobile and tablet concept that’s geared toward any and all screens that have a decently advanced browser. And keep in mind that Fluent is not a Gmail replacement – all the labels, stars, and other aspects of Gmail that more experienced user enjoy are there, they’re just rearranged. If the keyboard shortcuts remain the same (the up/down “j”/”k” was working in the demo), then Fluent will be a really easy transition for veteran Gmail warriors.

Have you tried out Fluent? Signed up for the demo? Tell us what you think of Fluent’s perspective on email life in the near-future.

Delivered Weekdays
Sign up today
Share: Fluent: A brilliant new Gmail interface that you can’t have
By Kevin Purdy
Kevin Purdy is a freelance writer, a former editor at Lifehacker.com, and the author of The Complete Android Guide.