The Apple iPod Touch is more than just a media player. With built-in GPS and WiFi capability this media player can keep you connected to your social network. Mark Kaelin shares his review. 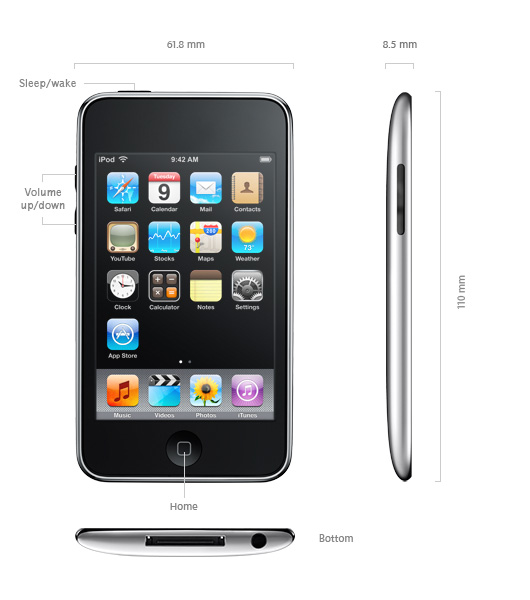 Let’s get two things out of the way right of the bat: I am a music lover and I am not a fanboy for Apple.

I listen to music all the time — at home, at the office, in the car — and a media player is an important part of that activity. My current personal choice is the iPod Shuffle because it is inexpensive, rugged, and easy to carry around. And while Apple’s iTunes is certainly a viable choice for acquiring music for my Shuffle, one can make arguments for other services. For example, I like e-Music because there are no DRM restrictions on their downloads, but the MP3s are easily incorporated into my iTunes library.

All that being said, I will state right now, for the record, that I really like the 2nd-generation Apple iPod Touch. With a slimmer, curved design, the newest iPod Touch feels better in my hand and doesn’t seem to be as fragile as its predecessor model. That may be just perception trumping reality, but it means that I don’t have as many inhibitions about throwing it in my notebook bag or jacket pocket.

This blog post is also available in the PDF format in a TechRepublic Download. To get a closer look at the new Apple iPod Touch check out the TechRepublic First Look Photo Gallery. You can find all of our geek product reviews on the Geek Gifts 2008 focus page.

Arguably the one feature that gives the iPod Touch an advantage over other medial players is the interface. Moving through your music library with just the touch of a finger or two is very intuitive and easy for users to grasp. It may be just my imagination, but this generation of iPod Touch seems more responsive.

The other feature that most find impressive, and the one feature I give highest marks to, is the display. The LCD display is crisp, colorful, and easy on the eyes. Images and movies look as good, or better, than they do on full-sized screens. 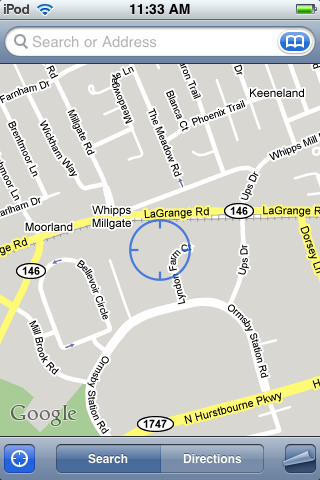 The built-in GPS is a great feature, especially since it has been integrated into Google Maps and Google Earth. Not only can you get your position, you can see it on a very detailed map or on detailed image of the area. The mapping requires a WiFi connection, but when one is available, the GPS feature is terrific.

And all of this is in addition to being an excellent device for playing your digital music. The 8GB version holds around 1000 songs, which is more than enough for me, especially when compared to the mere 100 I can store at one time on my Shuffle.

Even though I really like the Apple iPod Touch, there are still several aspects of this device that I do not particularly care for. The first problem may be seen as an asset to some because it allows for individual expression: using the iPod Touch on a daily basis really requires the purchase of a sleeve or other outer protection. While it does fee sturdy, you still want to protect your device from the bumps, smudges, and scrapes that can occur with normal use.

Another problem with the iPod Touch is the same problem all Apple media players have — they only work with iTunes. The iTunes application itself is not all that bad, but the DRM requirements are, to be polite, annoying. I understand the reasons DRM exists, but I think honest users are the ones making all of the sacrifices and are not being properly rewarded for it.

The only other drawback I can think of is the lack of a camera. The iPod Touch has every other bell and whistle except a built in camera. To me, this is strange feature to leave out. For the fast-moving, tech-savvy, social networked crowd this product is really geared for, that is a glaring omission.

While this is not a problem with the iPod Touch itself, it is worth mentioning. The current crop of third-party applications available for the Touch and iPhone is remarkably unremarkable. In fact, I would say that most of the available applications are useless garbage. There are a few gems, but they are difficult to find. With time perhaps the wheat can be separated from the chafe, but until then don’t expect to be wowed by your choice of applications from the Apple App Store.

The Apple iPod Touch is an excellent media player and I would recommend it to just about anyone who wants a lot of included features in their media device. And while there are a few drawbacks, they can be easily overlooked or worked around. With improvements to the available application library, I think what you can do with the Touch will only improve.

Confident of your geek-pertise? Test your command of useless knowledge by signing up for TechRepublic’s Geek Trivia newsletter, delivered every Wednesday, to find out how much of a geek you really are. Automatically sign up today!

Share: Geek Gifts 2008: The 2nd generation Apple iPod Touch
By Mark W. Kaelin
Mark W. Kaelin has been writing and editing stories about the information technology industry, gadgets, finance, accounting, and tech-life for more than 25 years. Most recently, he has been a regular contributor to BreakingModern.com, aNewDomain.net, and TechRepublic.com.