Wally Bahny reviews the Wolf King Warrior FPS game pad, which could be just what you need to improve your FPS gaming performance.

An easy-to-use device, the Wolf King Warrior might just be what a first-person-shooter (FPS) gamer needs to enhance his or her gameplay.

To see how the Wolf King Warrior works from the inside out, check out the TechRepublic Cracking Open Photo Gallery.

The Wolf King Warrior is a simple device to install. Compatible with any version of Windows from Windows 98 to Vista, the Wolf King is simply a USB keyboard with rearranged keys. Windows detects it as such, and sets it up within seconds. 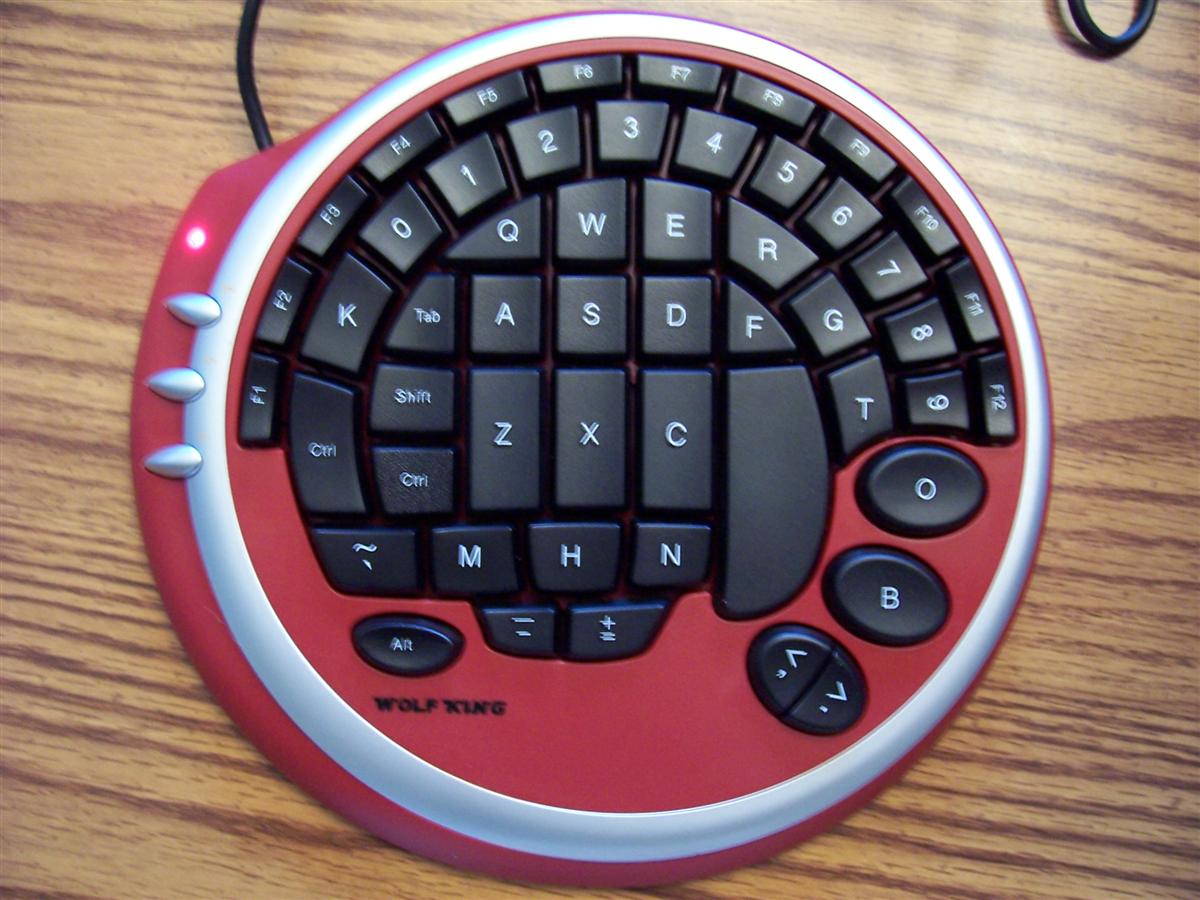 The Wolf King Warrior stands out because of its unique key layout. As you can see, the Wolf King has realigned the Q, W, and E keys with the A, S, and D and the Z, X, and C keys. The device also has a vertical spacebar, which is unique among controllers that I have seen. Based around these keys, the Warrior has many other keyboard keys tightly packed within reach for easy game play.

WoW uses the traditional number key row to activate abilities. The Warrior has rearranged the numbers to put the 0 key first (which would not be a problem as long as that was taken into account), but they have also moved the minus and equals keys to the bottom of the keypad, which puts two ability buttons way out of reach. Also, the large size of the Z, X, and C buttons, which are not used regularly in the default key mapping, add an extra long reach to the other keys below. Finally, a few of the buttons included on the Wolf King go mostly unused in the World of Warcraft.

It is possible to completely remap the keys in World of Warcraft to take fuller advantage of this keypad, but that seems like a large task for a keypad that was not even designed for an MMORPG.

My initial thoughts after trying out the Wolf King with the World of Warcraft were to go and buy an FPS game just to try out the Warrior in its natural environment. Then I remembered an old copy of Doom 2 for Windows 95 that I had around. Other than Wolfenstein 3D, and Duke Nukem, Doom was the only FPS I ever played.

By default, Doom uses the arrow keys to move the avatar, the spacebar to open doors, the control key to shoot, the shift key to run, and the comma and period to strafe right and left, respectively. Obviously, most of this keymap would not work on the Wolf King Warrior.

I remapped the movement keys to W, A, S, and D and then remapped the shoot button to the spacebar (due to its convenient location) and the open button to B (although, looking back, O might’ve been a more appropriate choice). I left shift mapped to the run feature. I also remapped the strafe keys to Q and E, as they are the common strafe keys in many other games.

With this configuration, Doom 2 was actually easier to play than in the default layout. The 1-7 keys, used for activating weapons, were within a fairly easy reach and the escape key, on the left edge of the device, wasn’t too far out of the way to press for a pause or to access the in-game menu. Unfortunately, since Doom 2 is such an old game, the Wolf King Warrior has way too many buttons for it and could be considered overkill.

I’m not sure I understand some of the layout choices in the Wolf King Warrior, such as having two control keys right next to each other. Also, I don’t know why a game would be better played with the 0 key to the left of the 1 key when on every regular keyboard it is to the right of the 9. It seems to me that game designers would plan for the latter rather than the former.

Finally, I find the higher number keys (7 to 9) hard to quickly reach from the WASD position. It would make more sense to me to center the number keys over the WASD so that all number keys were within an easy reach. There may be reasons for all of these choices in games such as Counter-Strike but, as I’ve not played them, I don’t see it.

The Wolf King Warrior is available in several different colors from Target for $34.99, so it is readily available and not an expensive device to give a try.