Get the facts on what geeks really want for the holidays

In October, in preparation for TechRepublic's 2008 Geek Gift Guide, we asked the TechRepublic community several questions regarding their shopping, gift-giving, and gift-wishing plans for the holidays. The results of our survey provide an insight into the geek gift-giving psyche in an uncertain economic period.

In October, in preparation for TechRepublic’s 2008 Geek Gift Guide, we asked the TechRepublic community several questions regarding their shopping, gift-giving, and gift-wishing plans for the holidays. The results of our survey provide an insight into the geek gift-giving psyche in an uncertain economic period.

Question 1: What geek gifts are you most likely to give this year? 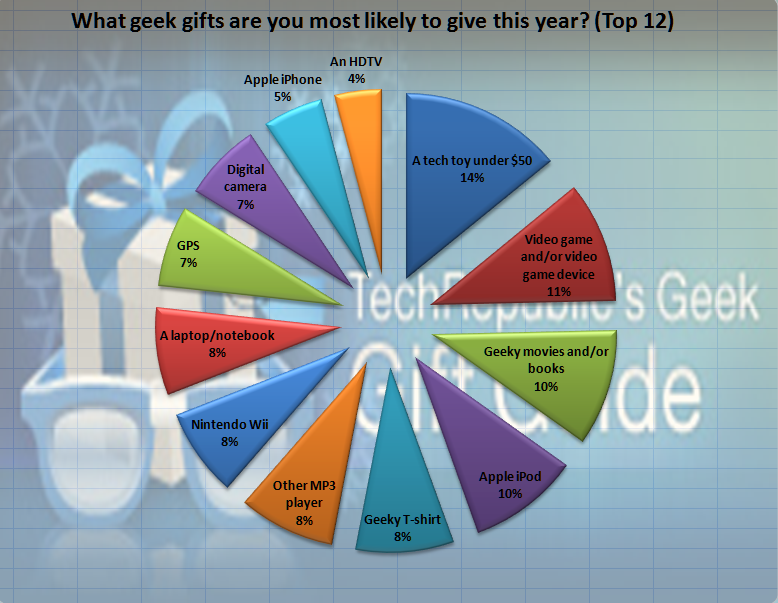 Out of the 25 geek gift ideas we mentioned, the under $50 toy was chosen most often as the mostly likely gift to be given this year. That item in our survey was followed closely by video games, movies and/or books, and the Apple iPod. Just about all of those items are reviewed in some fashion in TechRepublic’s 2008 Geek Gift Guide — perhaps it can narrow the choices for you.

Question 2: What geek gifts are on your wish list this holiday season? 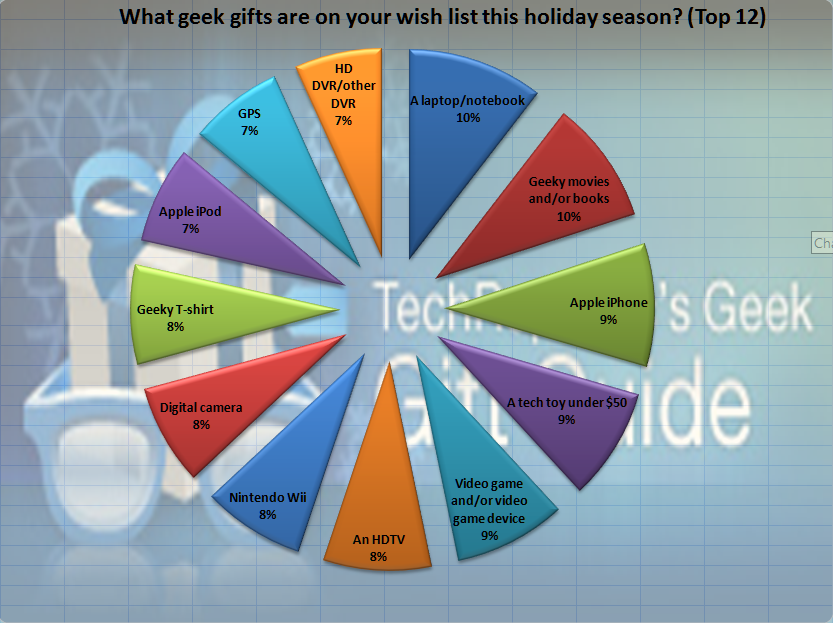 Survey respondents put notebook computers on the top of their wish list this year, followed closely by movies and/or books, the Apple iPhone, and unspecified toy under $50. There is a bit of a discrepancy in the survey results for the first two questions. Geeks are wishing for notebooks, which are low on the planning-to-give list. I think they should prepare themselves for something less than a new notebook.

Question 3: Where do you usually shop for your geek gifts? 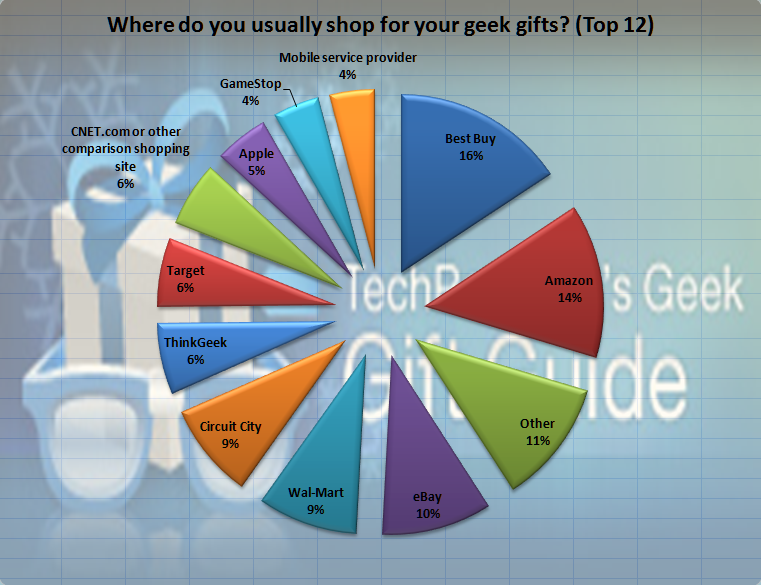 The technology savvy members of TechRepublic prefer Best Buy and Amazon for their geek gift shopping. The Other category polled in the third position ahead of eBay and Wal-Mart. If I was forced to make an educated guess, I would say Other likely included technology specialists like Frys and perhaps some of the tech-centric online stores not named in our survey questionnaire.

Question 4: How much do you plan on spending this holiday season? 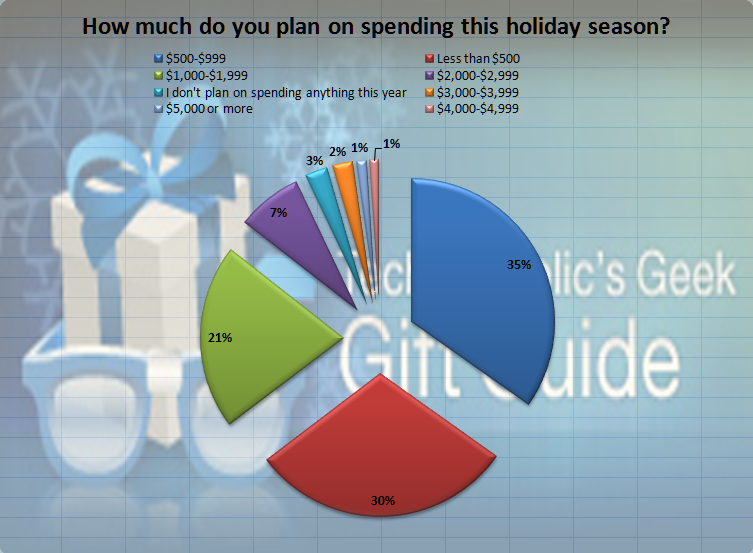 As one might expect in a global economic recession, gift buyers plan to spend relatively conservatively this holiday season. The survey was conducted in October, so the mood may actually be more conservative in December.

The current economic conditions are definitely tempering the enthusiasm for spending this holiday season. But with that said, there are still gifts for your geek-inclined friends and family that fall into the under $50 range that was revealed to be the sweet-spot in our survey. The TechRepublic 2008 Geek Gift Guide reviews several inexpensive gifts that you may want to consider for your favorite technology geek.

Share: Get the facts on what geeks really want for the holidays
By Mark W. Kaelin
Mark W. Kaelin has been writing and editing stories about the information technology industry, gadgets, finance, accounting, and tech-life for more than 25 years. Most recently, he has been a regular contributor to BreakingModern.com, aNewDomain.net, and TechRepublic.com.