While you might never become an astronaut and have the chance to ride a Mars Rover on the Red Planet, Google has now rolled out an Earth-bound alternative for the masses. 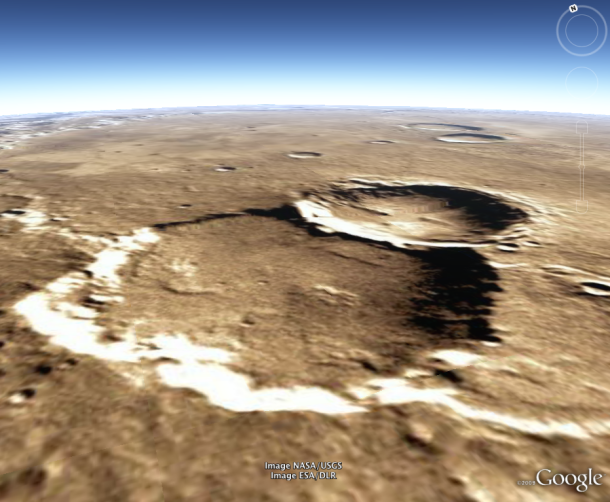 With Google Earth 5.0, users can now journey to the planet Mars, where they can see 3D views of the Red Planet and dive deep into its canyons.

While you might never become an astronaut and have the chance to ride a Mars Rover on the Red Planet, Google has now rolled out an Earth-bound alternative for the masses.

With Google Earth 5.0, which was unveiled Monday, users can now explore Mars in the same way they've been able to instantly view 3D images of much of our own home planet for several years in previous versions of the software.

The Mars project, which was implemented in conjunction with NASA, is intended both for casual investigation of our planetary next-door neighbor, as well as serious research. NASA and Google hope scientists and other researchers will use the new Google Earth Mars feature to share data about the fourth rock from the sun.

"The mode enables users to fly virtually through enormous canyons and scale huge mountains on Mars that are much larger than any found on Earth," NASA said in a statement. "Users also can explore the Red Planet through the eyes of the Mars rovers and other Mars missions, providing a unique perspective of the entire planet." 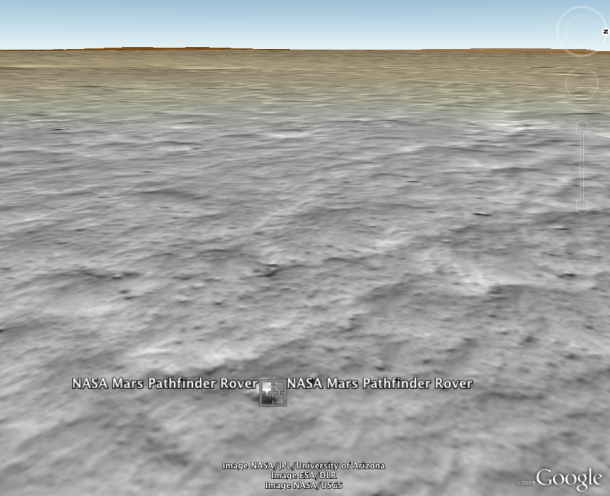 The Mars feature of Google Earth 5.0 lets users see the Red Planet from the perspective of rovers like the NASA Mars Pathfinder Rover.

Additionally, the new Mars features allows Google Earth users to view much of the most recent satellite imagery from NASA's Mars Reconnaissance Orbiter, as well as other craft circling the planet. And users are able to add their own generally sharable 3D content to the larger map of Mars.

NASA said the arrangement with Google was a benefit of the Space Act Agreement its Ames Research Center, based in Moffett Field, Calif., in the heart of Silicon Valley, signed with Google in 2006. As part of the agreement, NASA and Google have agreed to work together to present the space agency's data sets to the world. As such, NASA Ames, as well as Carnegie Mellon University, the SETI Institute and other organisations, teamed with Google on the Mars project.