Google exec: 60% of businesses could dump Windows for Chrome OS

Google continues to send mixed messages about Chrome OS. The latest comes from a Google exec who says Chrome OS could be an enterprise replacement for Windows. 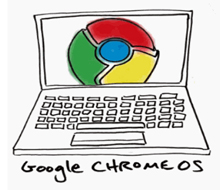 Depending on who you ask about Chrome OS at Google or among Google analysts, you could hear any one of the following messages:

However, the kicker in the Times story was this: “Mr. Upson says that 60 percent of businesses could immediately replace their Windows machines with computers running Chrome OS. He also says he hopes it will put corporate systems administrators out of work because software updates will be made automatically over the Web.”

Keep in mind that the Times is paraphrasing Upson here and not quoting him directly, but this is an extremely ambitious goal that is being attributed to Google’s head honcho of Chrome OS. It’s also a loaded statement and it’s worth trying to unpack it.

The Chrome OS is aimed at computers that are essentially just Web browsers and don’t store any of their data locally but keep it all in the cloud — especially Google’s cloud. So, Upson’s statement is assuming that most companies won’t just be using Chrome OS but will also being using Google Apps (or a competitor such as Zoho) for handling all business email and documents.

The other part of Upson’s statement is that because the Chrome OS will automatically handle all software updates behind the scenes without user intervention that it will “put corporate systems administrators out of work.” It’s interesting to hear Google make a brazen statement like this, since this has previously been suspected to be one of their motives but has never been stated openly. The public revelation aside, systems administrators do a lot more than just push software updates so this statement is pretty inflammatory from that perspective.

Since Chrome OS is primarily aimed at netbooks, it’s laughable to think of 60% of businesses deploying netbooks to their employees. As a recent TechRepublic poll showed, the vast majority of businesses still give their employees desktops and not laptops. And, of the corporate employees that get laptops, an even smaller percentage get netbooks.

The other problem with Chrome OS aiming at netbooks is that the netbook market is under attack from smartphones and tablets. Upson said, “We are starting with laptops and we will expand in both directions.” In other words, Chrome OS will scale down to tablets and scale up to desktops.

So, at least for the moment, it looks like Chrome OS is back on for Google. I don’t think it’s time for systems administrators to start shaking in their boots just yet.

Share: Google exec: 60% of businesses could dump Windows for Chrome OS
By Jason Hiner
Jason Hiner is Editorial Director of CNET and former Editor in Chief of TechRepublic. He's co-author of the book, Follow the Geeks.