How do I shut down Windows 8

You can indeed shut down a device running Microsoft Windows 8. One easy way to accomplish the task is by using a desktop shortcut.

This blog post is also available as a Slideshow TechRepublic Photo Gallery.

There is one common complaint I have been seeing in TechRepublic Forums, though, that I’d like to address: Shutting the computer down. The official shutdown button is located within the charms bar, which you can reveal by hovering the mouse cursor in the bottom-right corner. That concept may work for a tablet, but on the desktop, that is hardly acceptable.

Lucky for us, Windows 8 is so much like Windows 7 that we can use an old trick documented on TechRepublic several times in the past: the shutdown shortcut.

Creating a shortcut should be familiar to almost everyone, but with Windows 8 there is one extra step — click the desktop tile to get to the desktop interface. Once you are at the desktop, right-click on a clear spot and navigate to New | Shortcut, as shown in Figure A. 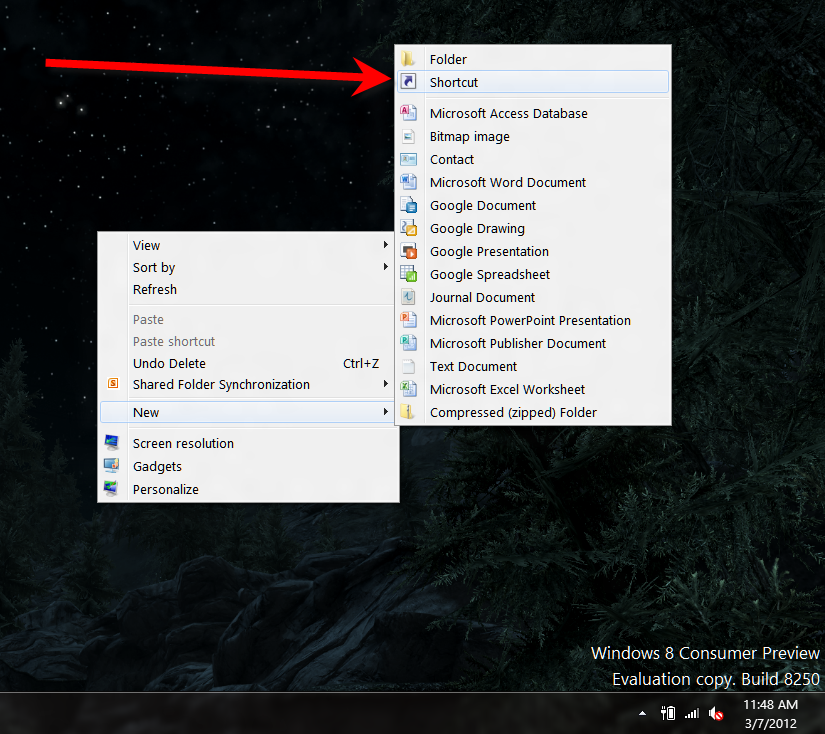 Navigate the menu to create a new shortcut.

When you click the Shortcut menu item, you will arrive at the input screen shown in Figure B. This is where you will enter the specific command strings to make your new shortcut do what you want it to do.

Enter the command for your new shortcut.

For our example, we will enter the specific command that will shut down Windows 8. Type the following command into the box and then click Next. 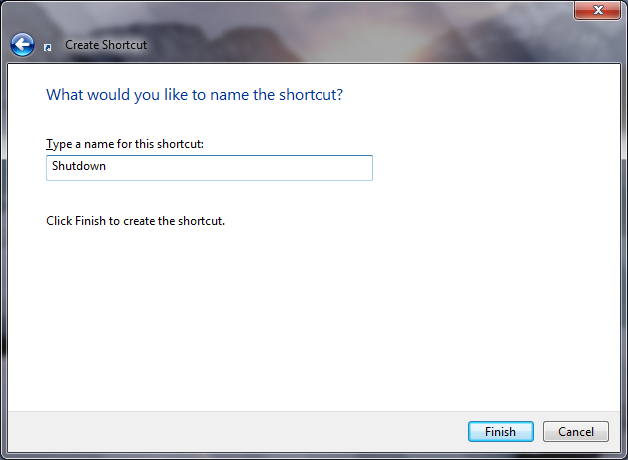 Give the shortcut an appropriate name.

Technically, you could stop here, but I prefer to give these shortcuts an icon that will help me remember what it is they do. In Windows 8, changing an icon is done exactly the same as it was in Windows 7.

Right-click on the icon in question to get the context menu shown in Figure D and then navigate to the Properties menu item. 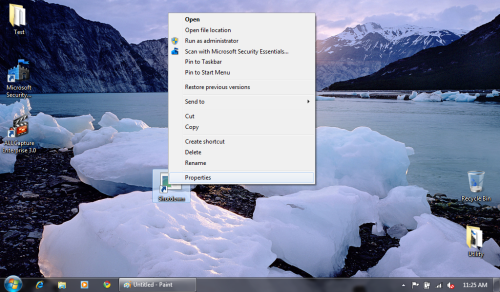 Find Properties on the menu.

From the Properties control panel, shown in Figure E, select the Change Icon button. Windows 8 will warn you about changing icons, but just click OK anyway. 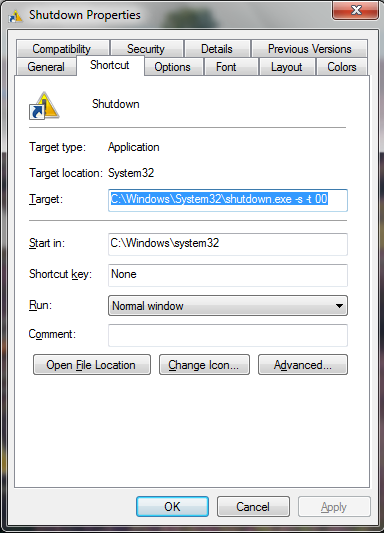 The next screen (Figure F) will show you a list of potential icons; choose the one you want to use and click the OK button twice. Note: I don’t see any new icons in the system32.dll for Windows 8, which is sort of disappointing. 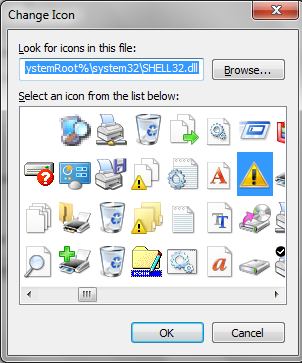 You should now have a new shortcut on your desktop. When you click the shortcut, Windows 8 will shut down, so make sure you save your work before you test it.

One of the nice features of both Windows 7 and Windows 8 is that you can pin your new shortcut to the Start Menu and/or to the Taskbar. I am a big Taskbar user myself so that is where I want to put it. Right-click the shortcut to get the context menu and click the Pin to Taskbar menu item. (Figure G) 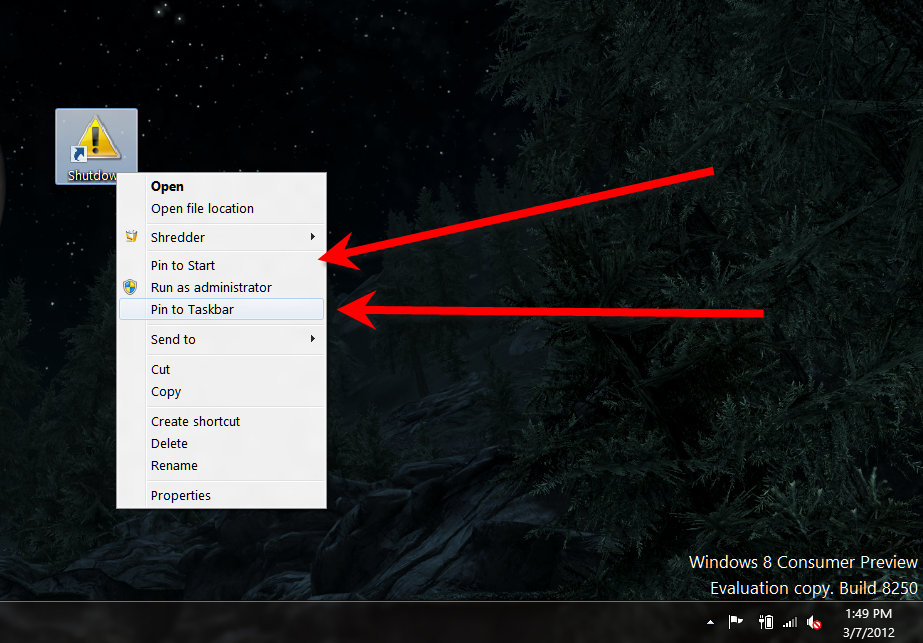 Pin the shortcut to the Taskbar.

Once the shortcut is pinned (Figure H), you will always have access to a quick shutdown. 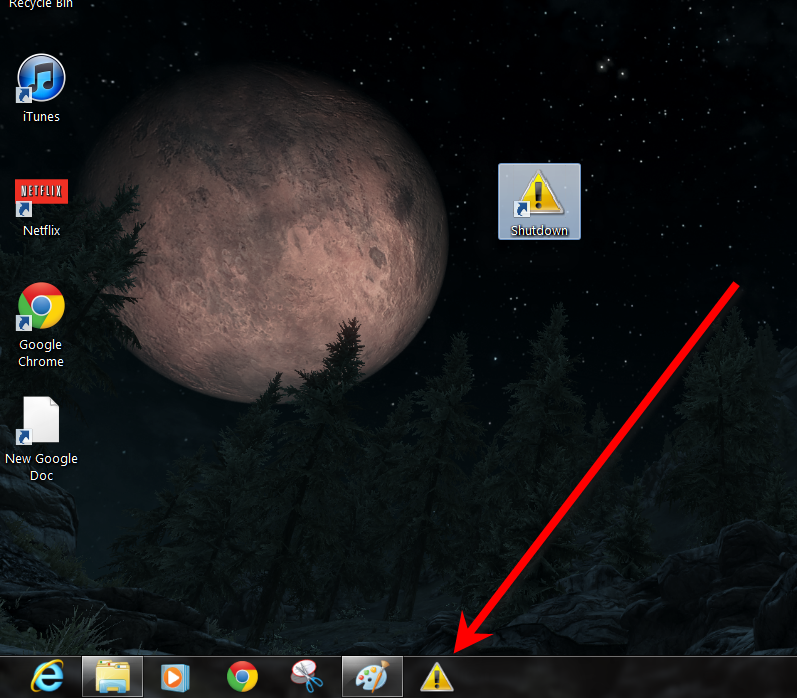 One difference in Windows 8 is the “Pin to Start” feature. Since there is no Start Menu, this command actually pins a tile to the Metro Interface, as you can see in Figure I. 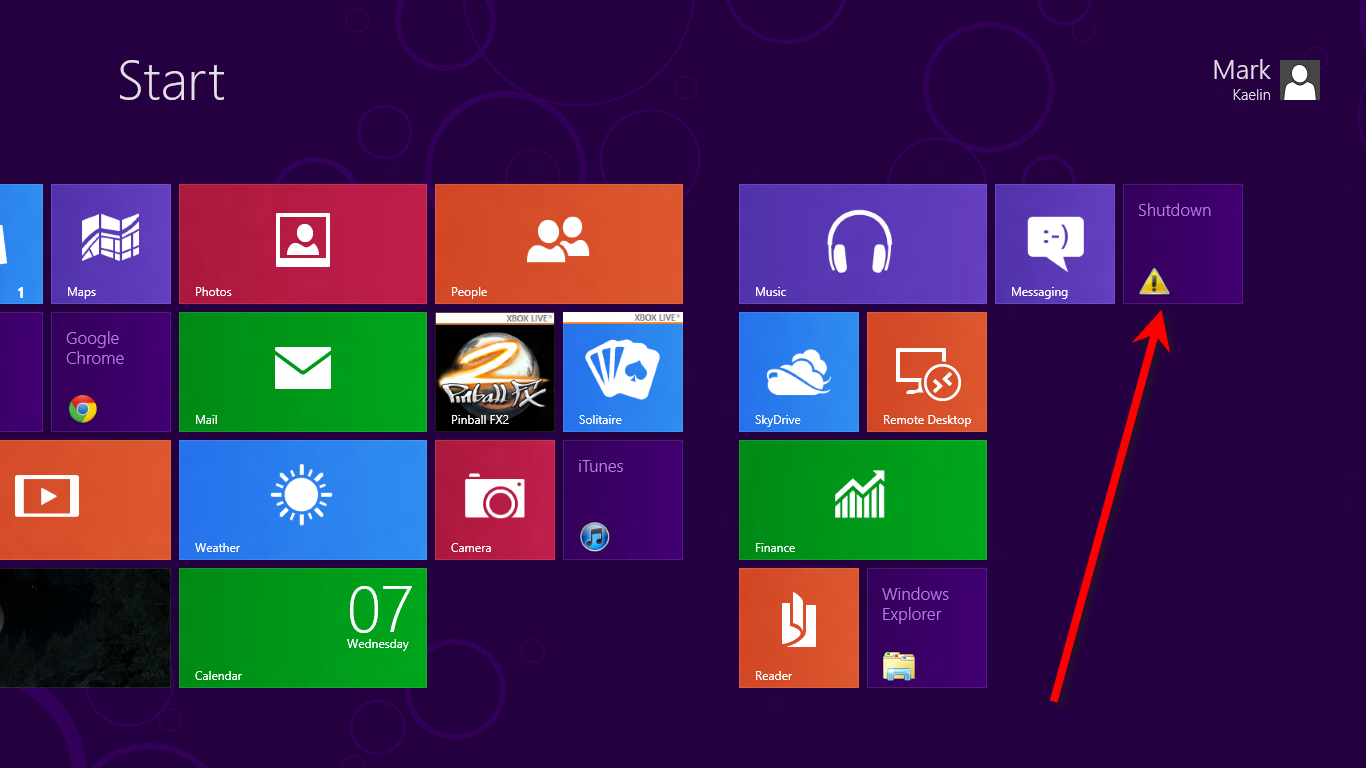 There are several shutdown and power down commands that you can make into shortcuts. Creating shortcuts for these commands works exactly the same as our example shutdown shortcut.

While it may not be obvious at first glance, you can indeed shut down a device running Microsoft Windows 8. One easy way to accomplish the task is by using a desktop shortcut, which also doubles as a Metro tile, giving you several shutdown options. So with a little interface trickery, you can actually go from no way to shut down to three or four ways.

Delivered Weekdays
Sign up today
Share: How do I shut down Windows 8
By Mark W. Kaelin
Mark W. Kaelin has been writing and editing stories about the information technology industry, gadgets, finance, accounting, and tech-life for more than 25 years. Most recently, he has been a regular contributor to BreakingModern.com, aNewDomain.net, and TechRepublic.com.