How GNOME 3 is besting Ubuntu Unity

Jack Wallen was jonsing for GNOME 3 and discovered the best route to this new desktop was Fedora 15 beta. Can you image how surprised Jack was to find out that GNOME 3 blows away Ubuntu Unity? Read on to find out more.

In lieu of the release of Ubuntu 11.04 and the default Unity desktop, it seems GNOME 3 (aka GNOME Shell) has fallen out of the spotlight. Most GNOME-based distributions have been sticking with classic GNOME and, well, there’s Ubuntu. And since GNOME 3 doesn’t play well at all with Ubuntu 11.04, it’s in a bit of a situation. Unless you’re willing to give Fedora 15 beta a go.

I decided I needed to do just that, since I am ever so quickly becoming disillusioned by Unity. Believe me, I wanted to like Unity — and I did, at first. It seemed very slick, efficient, and just what the stale desktop needed. But then, after a few weeks of use, I realized there were many annoyances. It was time for something completely different, and that something was GNOME 3.

I’ve tried GNOME 3 plenty of times, even in its early stages, and I was impressed back then. The fastest route to GNOME 3 that I found was the beta release of Fedora 15. I knew, going into this, that I would be dealing with beta software and this (Fedora 15) marked the first release Fedora has offered with GNOME 3 as the default. But I was ready to dive in and see what GNOME 3 was looking like these days. Fortunately, I was not disappointed.

Now, I should say that this is not a review of Fedora 15. It is in beta and that would be unfair of me to review a piece of beta software. So, the point of this open-source entry is to really illustrate to you just what the Fedora developers are doing with the GNOME 3 package and how this desktop is coming along.

One of the first drastic improvements I noticed (one that Unity should take serious advantage of when they finally migrate to the GNOME 3 libraries) is the launcher and pager. When the mouse moves up to the upper left-hand corner (or hitting Alt-F1), the launcher and pager appear (see Figure A). What’s immediately noticable is that the pager has undergone some serious reworking. Prior to this release, the pager simply displayed however many desktops were configured when the launcher was opened. Now the pager shows up mirroring the launcher where individual desktops can be selected. This image shows the pager expanded. By default, only the left edge of the pager will show. When you hover the mouse over that edge, the full pager will pull out and the specific desktop can be chosen.

This also brings to light one of the shortcomings of the current release. As it stands, there’s a profound lack of configuration tools for GNOME 3. In fact, many configuration options can only be handled through the GConf Editor or by editing .xml files. On the plus side, these configuration tools are in the works.

Outside of the lack of configuration, GNOME 3 is set up quite nicely — sleek and efficient — which are the same properties I offered up to Unity. Only this time, it’s real. GNOME 3 is not suffering from the odd crashes and annoying menu behaviors that were near deal breakers in Unity. There are also some other things that help GNOME 3 easily trump Unity. 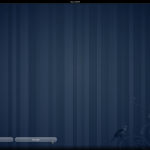 Take, for instance, the GNOME 3 search. Built into GNOME 3 is a GNOME Do-like search/launch. You can call up the search window by opening the launcher (move the mouse to the upper left corner or hit Alt-F1), and then type a search string in the search field (see Figure B). If you want to search for something outside of your desktop, you can enter the search string and then click either Google or Wikipedia, and your default browser will open with the search results.

But don’t think these to major revisions to the GNOME 3 desktop are the sole reasons you should give it a go. One of the most impressive feats accomplished by the GNOME 3 developers is how incredibly fast and reliable the desktop has become. GNOME 3 blows away Ubuntu Unity (on similar hardware) in the speed and reliability categories. I have yet to have an issue with GNOME 3 (on a beta release), whereas I have encountered plenty of issues on Ubuntu Unity.

Will GNOME 3 overtake the desktop by storm, making everyone rush to have the latest iteration of that famous desktop? Probably not. But if you want a fresh take on the desktop, and you’ve found Unity to be less than… well, unifying, GNOME 3 should do the trick. It’s fast, it’s stable, it’s very well designed, and Fedora 15 is doing it serious justice.

I’d like to drop some props to the Fedora 15 team, as they’re doing an absolutely incredible job with this bleeding-edge Linux distribution. Fedora 15 and GNOME 3 is a serious win-win from my perspective. Give it a go, and you might find that you agree!

Share: How GNOME 3 is besting Ubuntu Unity
By Jack Wallen
Jack Wallen is an award-winning writer for TechRepublic, The New Stack, and Linux New Media. He's covered a variety of topics for over twenty years and is an avid promoter of open source. For more news about Jack Wallen, visit his website jackwallen.com.