How to add Windows Media Center to Windows 8

Windows Media Center will only be available as an Add-on for Windows 8. Greg Shultz shows how to download and install it.

I have a ZOTAC ZBOX Mini-PC connected to the TV in my den and use Windows Media Center in Windows 7 Ultimate to access movies, pictures, music, and Netflix. Recently, I decided to connect the laptop I have running Windows 8 to the TV, but then remembered that the Release Preview edition of Windows 8 doesn’t come with Windows Media Center installed. You have to download and install it separately.

As you may know, Windows Media Center has been available since the Windows XP days where it went through several versions as Windows XP Media Center Edition. It was then available in Windows Vista Home Premium and Ultimate. Then, in Windows 7 it was available in all editions of except for Starter and Home Basic. And while it was a great piece of software for many years, Microsoft claims that it has been steadily losing ground to other forms of online entertainment delivery systems, such as YouTube, Hulu, and Netflix, just to name a few. Yes, many people do use Windows Media Center, but not enough for Microsoft to justify including it in the operating system anymore.

This blog post is also available in the Slideshow format as a TechRepublic Gallery.

To install Windows Media Center in Windows 8, just press the [Windows] key, type Add features, select Settings, and click Add features to Windows 8, as illustrated in Figure A. When you do, you’ll have to work through the UAC that appears.

Accessing Add features to Windows 8 from the Start screen is easy.

Therefore, you can just click I already have a product key. 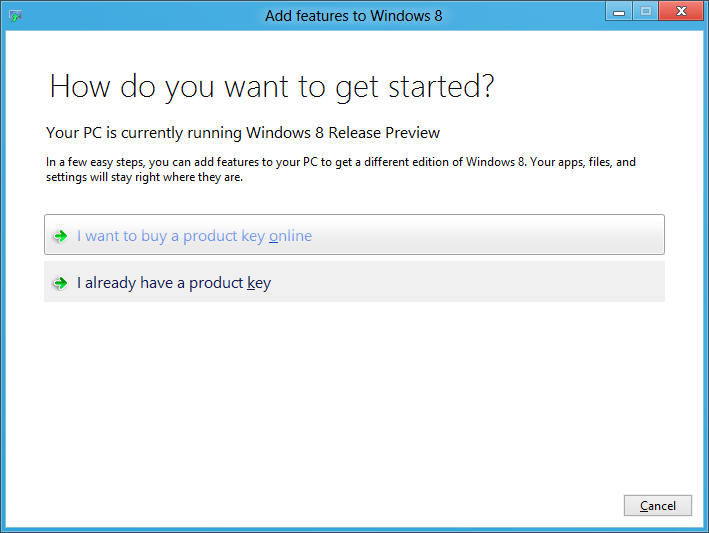 You can just click I already have a product key. 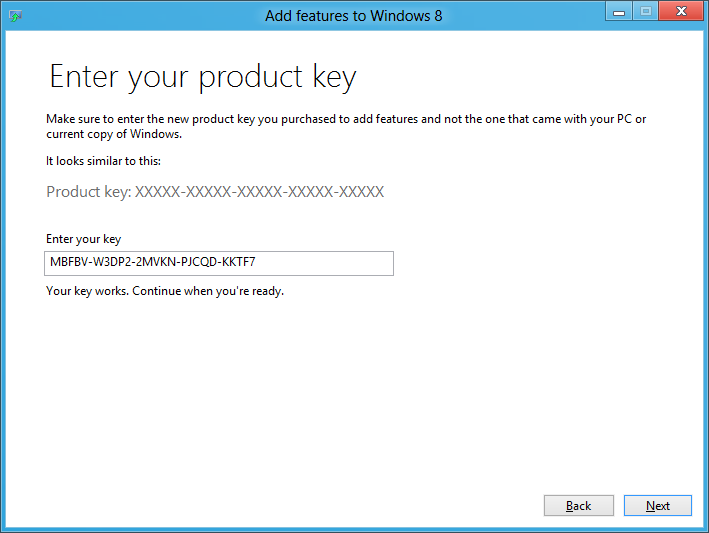 Enter the Windows Media Center product key and click Next. 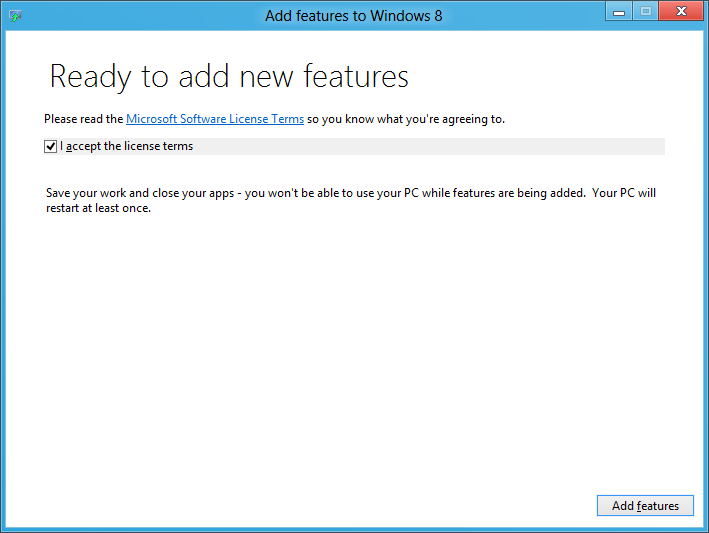 You have to accept the license terms to continue.

In a moment, you’ll see a progress bar in the Add features to Windows 8 wizard screen, as shown in Figure E. At this point, you can sit back for a few minutes while the download, installation, and system restart occur. 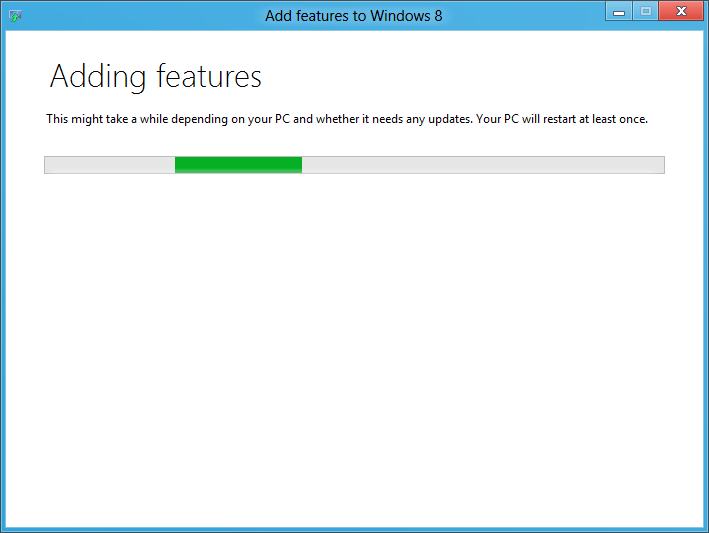 You can sit back for a few minutes while the installation occurs.

After the restart, you’ll see that Windows Media Center appears as a tile on the main part of Windows 8’s Start screen, as shown in Figure F. 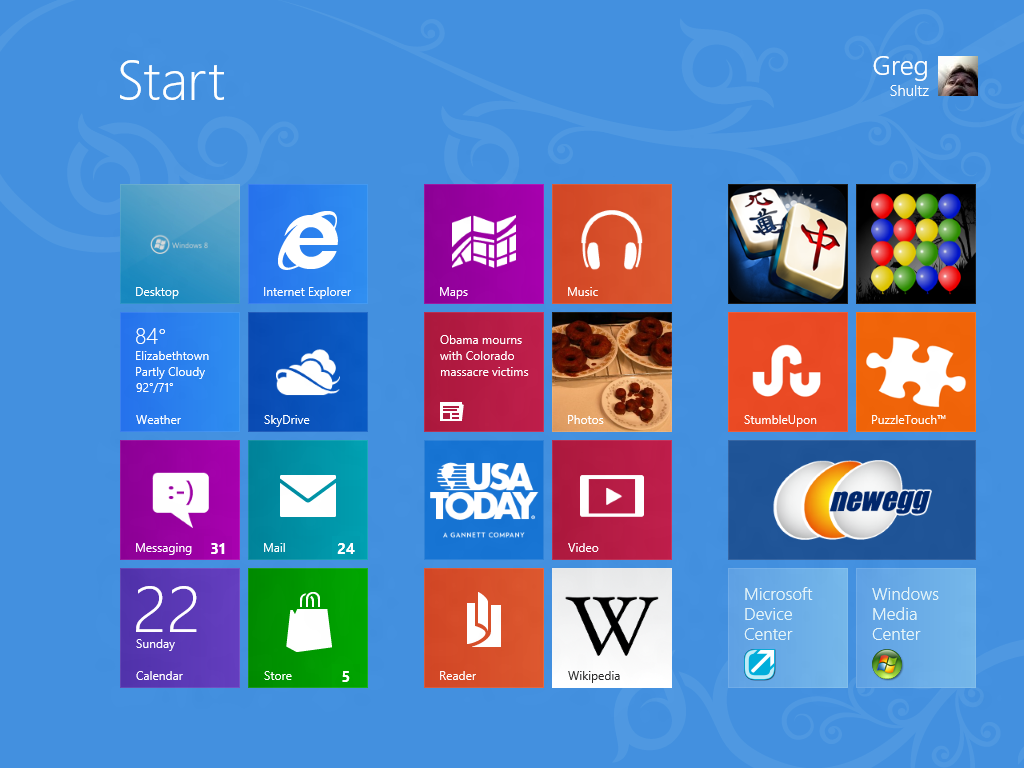 When you return to the Desktop, you’ll see the last screen in the Windows Media Center installation wizard is waiting for you to click Close, as shown in Figure G. 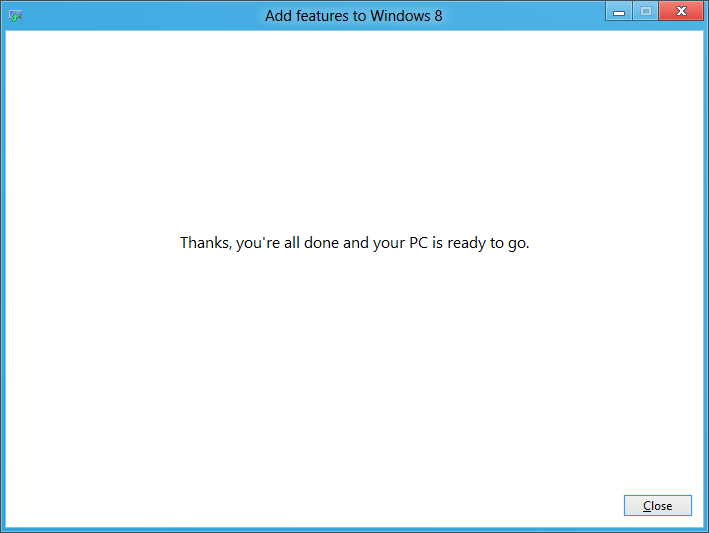 When you launch Windows Media Center in Windows 8, as shown in Figure H, you’ll find that it looks, feels, and works exactly like in Windows 7. I connected it to my Pictures and Music libraries and even installed Netflix and watched an episode of Psych. It works perfectly. 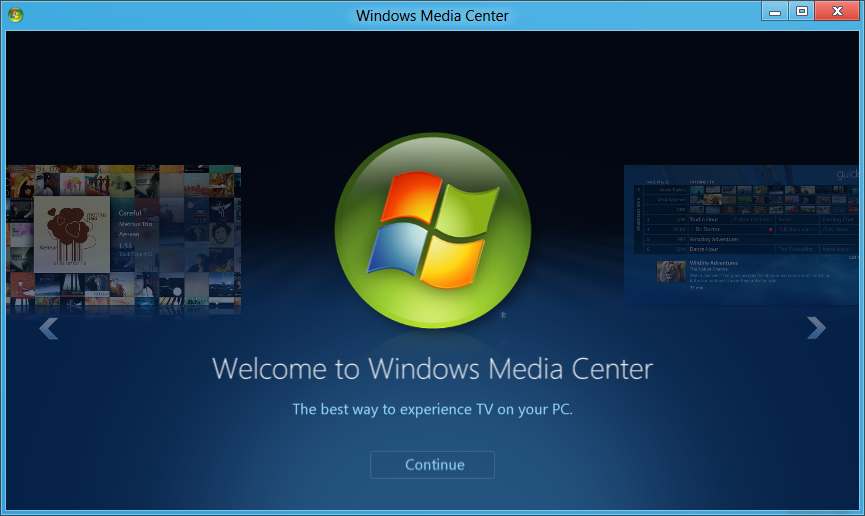 Do you use Windows Media Center? If and when you upgrade to Windows 8, will you be willing to pay extra for Windows Media Center? As always, if you have comments or information to share about this topic, please take a moment to drop by the TechRepublic Community Forums and let us hear from you.

Delivered Weekdays
Sign up today
Share: How to add Windows Media Center to Windows 8
By greg shultz
My first computer was a Kaypro 16 \"luggable\" running MS-DOS 2.11 which I obtained while studying computer science in 1986. After two years, I discovered that I had a knack for writing documentation and shifted my focus over to technical writing.