Kindle 3: Is there still a place for dedicated e-readers?

Amazon unveiled the Kindle 3 this week with a few minor improvements and a much better price tag. But do customers still want dedicated e-readers? Take the poll. 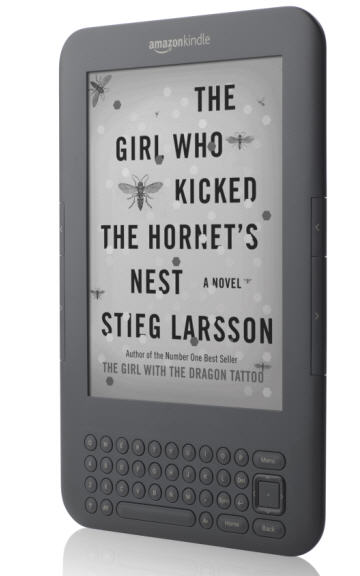 Amazon launched the Kindle 3 (right) this week with a few minor improvements and a much better price tag. It looks great and works better, but the question everyone seem to be asking is whether people still want dedicated e-readers, or if they’ll just read electronic books on existing mobile devices (smartphones and tablets) instead.

So we’d like to pose that question to the TechRepublic audience in today’s poll. But first, I’ll give you my quick take on it.

The primary factor here is price. Now that the Kindle is down to $139 for the Wi-Fi model and $189 for the 3G edition, it’s not really a competitor with the Apple iPad any more. Don’t forget that just 13 months ago, the Kindle cost $359. Here’s a recap of how the price of the Kindle has dropped over the past two years:

The Kindle was a tougher sell earlier this year when it was only a couple hundred bucks cheaper than an iPad, which does so much more and is actually a better e-reader in most cases.

However, the Kindle also still has a few feature advantages over the iPad:

When the Kindle first launched in 2007, I said that Amazon would sell a ton of them if they were $99. I still stand by that, even with the iPad as a competitor. Nevertheless, when you use a Kindle after using a smartphone or a tablet, the screen doesn’t look very impressive and the refresh rate for turning pages can feel painfully slow. But, when you’re paying a fraction of the cost, I think most people will take those trade-offs. That includes many businesses. I think we’ll soon see professionals in conference rooms using e-readers and tablets to navigate large documents rather than placing big piles of paper in front of each of the participants.

What do you think? Answer the question and jump in the discussion.

Share: Kindle 3: Is there still a place for dedicated e-readers?
By Jason Hiner
Jason Hiner is Editorial Director of CNET and former Editor in Chief of TechRepublic. He's co-author of the book, Follow the Geeks.