Microsoft launched its Xbox Kinect, a gaming unit sans controllers, and this pup goes on sale November 4, 2010. Here's a look at six potential business use cases.

Microsoft launched its Xbox Kinect, a gaming unit sans controllers, and this pup goes on sale Nov. 4. Will this technology make it to the business world and how would it be used?

This Kinect technology, which allows you to use gestures to play games instead of a touch pad, joystick or wand, has been billed as one of Microsoft’s most important launches.

Mary Jo Foley pondered gesture-based business applications, but many of us were a touch stumped about the use cases. With that in mind, here are five potential uses and we’ll be happy to take write in candidates. 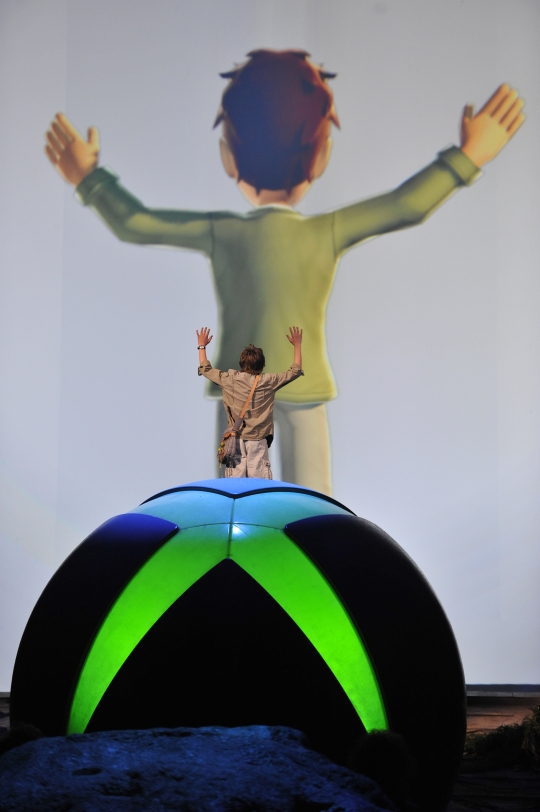 PowerPoint presentations with more oomph. What would make PowerPoint slides more interesting? How about a “wax on, wax off” Karate Kid (the first one) hand wave? Just imagine the fun gesture things you could do to move along a slide show. If you were buff, say like a gymnast, you could do all sorts of interesting things to move a presentation along. Of course, your antics may distract from your beautiful slides, but most of us wouldn’t pay attention anyway.
Teleconferencing. More intuitive video conferencing — telepresence anyone? Microsoft said Video Kinect will be more intuitive and track your movements and adjust automatically. In other words you can walk around without leaving the camera. You can seem Microsoft building this feature into Office at some point.
Vertical industry uses. In the healthcare industry, you can envision a doctor gesturing to go through a series of X-rays. You could also do this approach with touch, but Kinect for business could eliminate the need to carry a tablet around.
Employee training. In a factory — or any other environment where change management is critical — you can envision Kinect being used for simulations of specific tasks in a nuclear reactor, assembly line or anyplace else.
Modeling in creative industries. An architect could use Kinect to spin virtual models and manipulate them with his hands.
Better security. Xbox Kinect is supposed to recognize you and your gestures. Apply this technology to your laptop or PC and the security implications become clear. Kinect could eliminate passwords. One downside: You could get a black eye and break an arm playing rugby and your PC may not know you since a) your face will be a mess and b) you’ll be left to gesture with one arm.

There are probably a few more use cases we’re forgetting, but don’t be surprised if Microsoft doesn’t try and take parts of Kinect to the enterprise in the future.

Delivered Weekdays
Sign up today
Share: Kinect for Xbox 360: Six possible business uses
By Larry Dignan
Larry Dignan is Editor in Chief at Celonis. He was most recently Vice President, Editorial and Editor in Chief at ZDNet. Prior to that he was executive news editor at eWeek and news editor at Baseline. He also served as the East Coast news editor and finance editor at CNET News.com. Larry has covered the technology and financial services industry since 1995, publishing articles in WallStreetWeek.com, Inter@ctive Week, The New York Times, and Financial Planning magazine. He's a graduate of the Columbia School of Journalism and the University of Delaware.