Make the Windows 8 Start Screen work like the Start Menu

Still looking for a Start Menu in Windows 8? Here's one way to get it back.

Like millions of other folks, I downloaded and installed the Windows 8 Release Preview last week and have spent the last couple of days intently running it through the paces, and I must admit I’ve been pretty impressed with the subtle changes and enhancements that Microsoft has made to this release of the operating system. Of course the majority of these enhancements have been to the Metro UI and its live tile apps.

The Metro UI seems to flow better now that there’s a nice array to real Metro style apps to work with. The native apps such as Mail, Calendar, Photos, and Music seem to be much better tools than the similar applets that used to come with the operating system. And then there’s the News, Sports, and Weather apps, which are beautifully designed and extremely easy to use. Furthermore, visiting the Microsoft Store allows you access a host of very cool apps from such places as StumbleUpon, Wikipedia, and USA Today.

While the Metro UI along with all the touch based features are really cool, they all seem to be aimed at tablet toting consumers. What about the more traditional Windows users running the operating system on a desktop/laptop with a keyboard and a mouse and using business applications? How are they going to be productive? Especially when the Start Menu is MIA.

As you my know, after experimenting with the Windows 8 Consumer Preview I wrote a post entitled Easily revive the Classic Start Menu hidden within Windows 8, in which I showed you how create a toolbar on the Taskbar and configure it to mimic the missing Start Menu. I also showed you how to take advantage of the Metro Start Screen via the [Windows]+[Q] shortcut which brings up the Apps Search feature as I described in Navigate Windows 8 like a pro with the Windows Key.

In this edition of the Windows Desktop Report, I’ll show you how to make the Windows 8 Start Screen work like the Start Menu.

To begin, right click on an App tile that you want to remove. When you do, the Apps bar will appear at the bottom of the screen, as shown in Figure A, and a check mark will appear on the tile that you have selected. I right clicked on the Messaging app tile here. At this point, just click the Unpin from Start icon on the left. 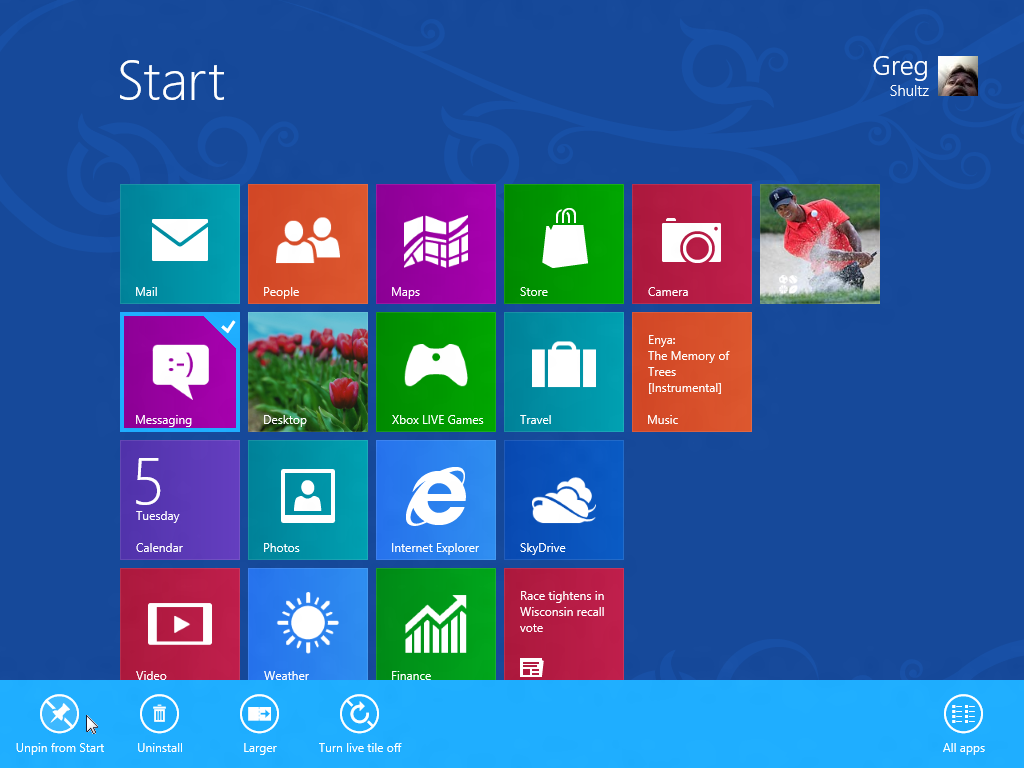 After you select an App tile, click the Unpin from Start icon.

Continue unpinning apps until you have removed them all except Desktop, as shown in Figure B. You’ll want to leave the Desktop tile on the Start screen as it will allow you to return to the desktop should you need to do so. (You’ll notice that I made the Desktop tile smaller by right clicking the tile and selecting Smaller from the Apps bar.) 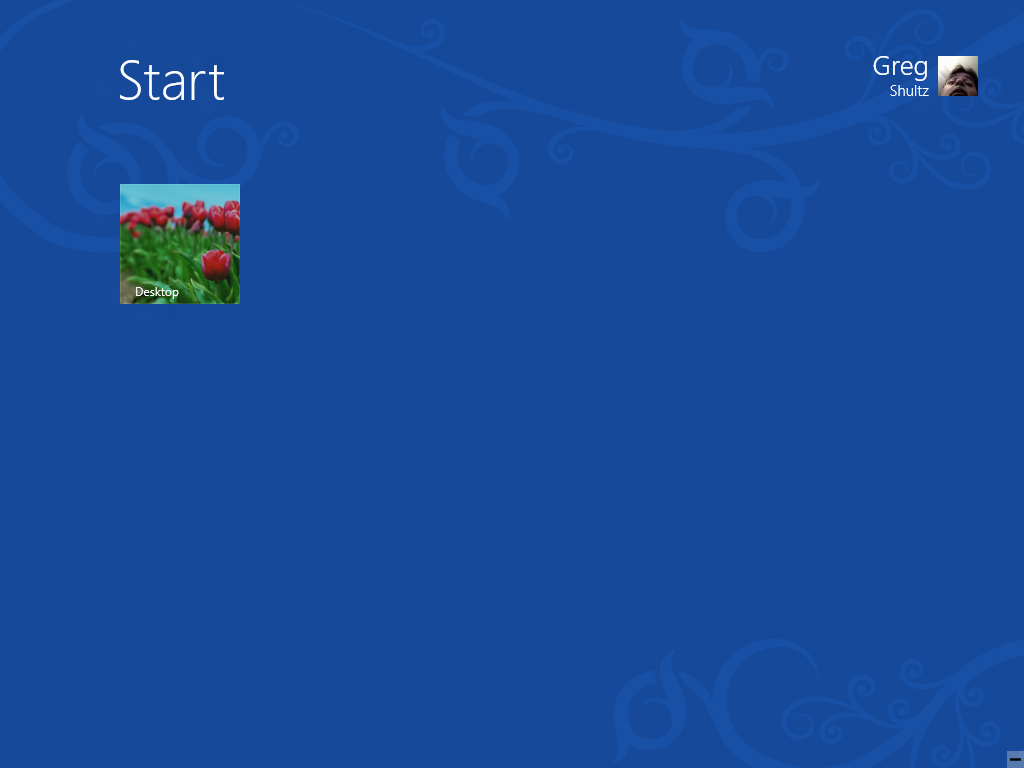 You’ll want to leave the Desktop tile on the Start screen as it will allow you to return to the desktop. 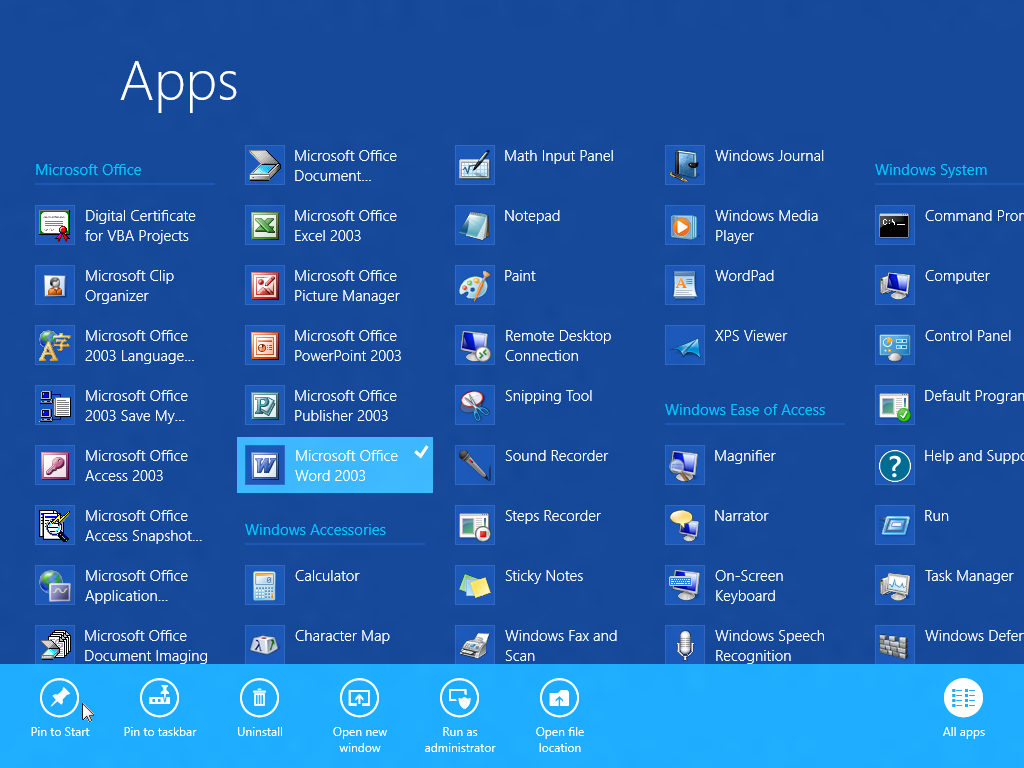 Clicking the All apps icon will take you to the Apps screen.

Keep in mind that you don’t have to get every single icon – just the ones that you will use most often. Everything will remain on the Apps screen, so no worries. Also, if as you are pinning icons, you lose track of which ones you have pinned, just remember that for any icon that you have already pinned, the icon will read Unpin from Start.

At this point, press the [Windows] key on your keyboard to return to the Start Screen. You can now drag the icons around on the screen to create a logical arrangement. As you do so, you’ll notice that if you drag an icon away from the main grouping that a separator appears on the screen, as shown in Figure D. 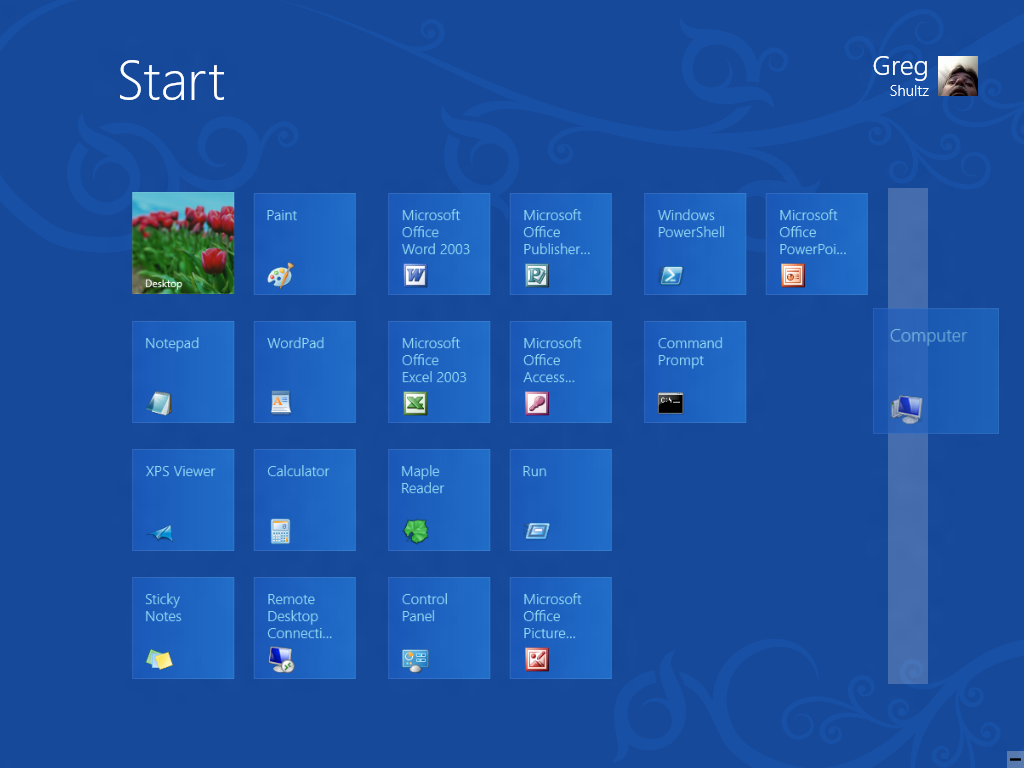 When you drag icons away from the main group, separators will appear.

If you want to create logical groups of icons, just drag those icons to the other side of the separator. You can have as many groups as you want because the separators will continue to appear as you drag icons away from the group. As you can see in Figure E, I have created three groups for my Start Screen. 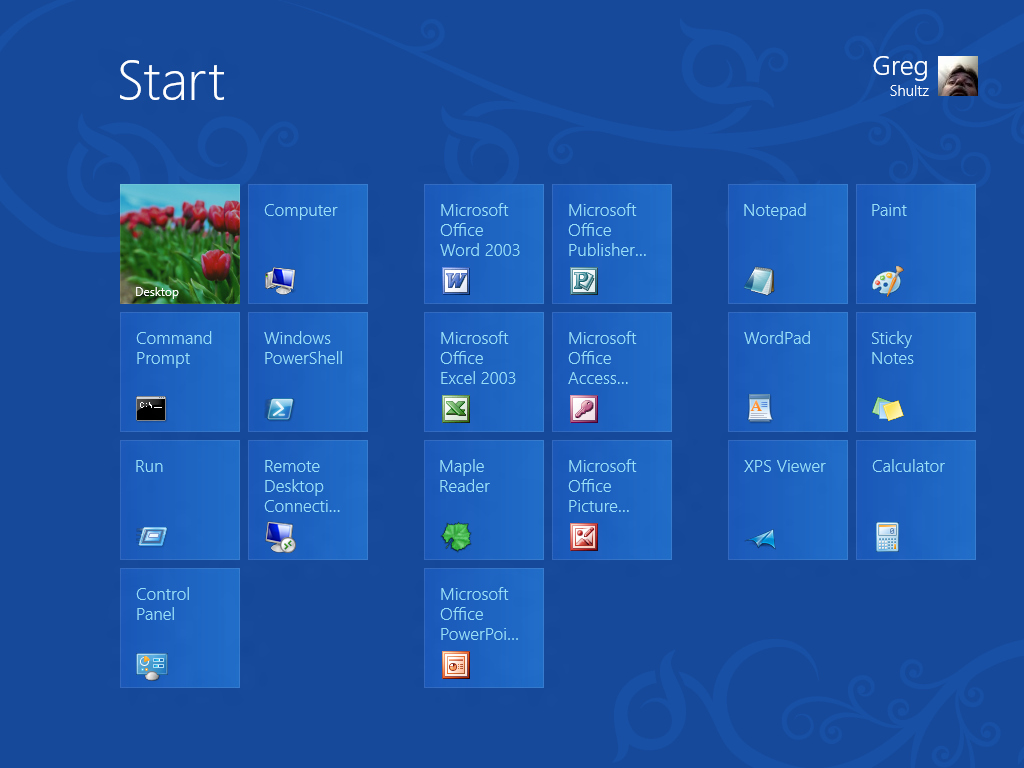 I create three logical groups on my Start Screen. 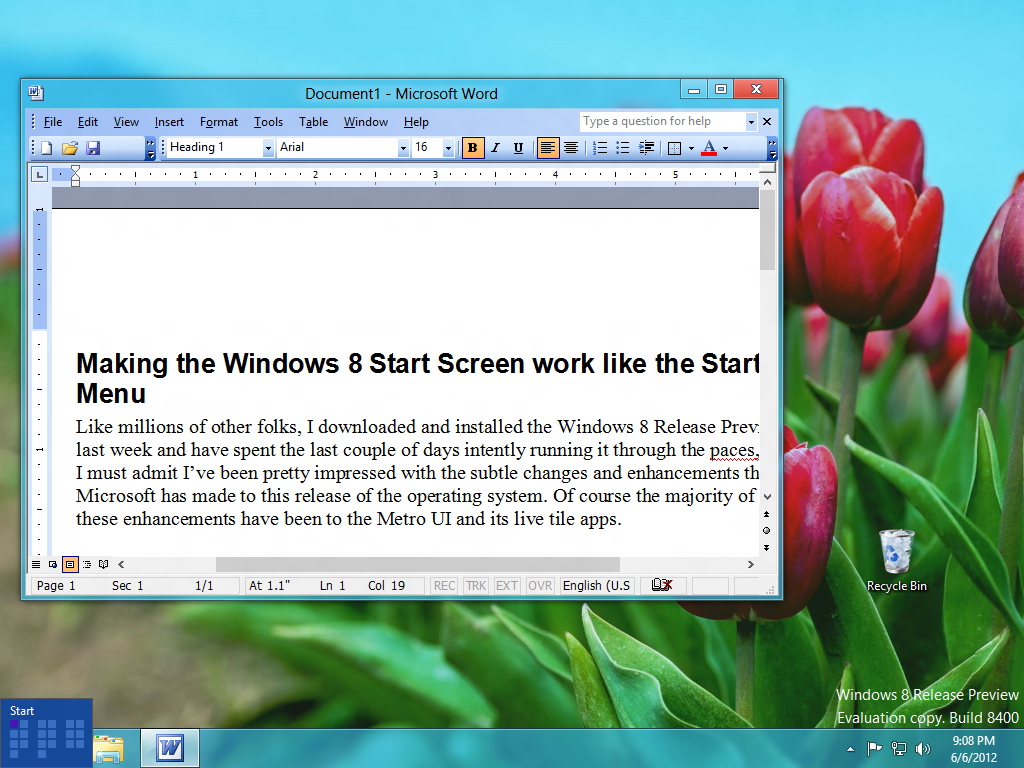 Using this technique, you can effectively make the Start Screen work like the Start Menu. Furthermore, you can forget about all the Metro UI as well as all the touch based features and essentially use Windows 8 like you have its predecessors. What do you think? As always, if you have comments or information to share about this topic, please take a moment to drop by the TechRepublic Community Forums and let us hear from you.

Delivered Weekdays
Sign up today
Share: Make the Windows 8 Start Screen work like the Start Menu
By greg shultz
My first computer was a Kaypro 16 \"luggable\" running MS-DOS 2.11 which I obtained while studying computer science in 1986. After two years, I discovered that I had a knack for writing documentation and shifted my focus over to technical writing.