Microsoft fans need to get fired up and enthusiastic

Debra Littlejohn Shinder argues that it's time for Microsoft's fans to stop being afraid to show their enthusiasm and excitement in public.

I spent last week in Louisville at the TechRepublic Live 2011 event hosted by our friends here at TechRepublic. I learned a lot, including some interesting insights into how a lot of people “outside the fold” feel about Microsoft and Windows — and how they feel about other operating systems and software companies.

Because I work with and specialize in Microsoft technologies, many of the conferences and events I attend throughout the year — TechEd, MVP Summit, local TechNet events – – are sponsored by and/or focused on Microsoft. Others, such as Black Hat and Defcon, tend to have a strong anti-Microsoft aura about them (even though Microsoft is one of Black Hat’s many sponsors and almost always sends at least one or two speakers).

In the latter case, those few who are Microsoft advocates are generally busy playing defense, responding to the (sometimes valid, sometimes not) criticisms and comments about Windows’ quirks and flaws. In the former case, the use of Microsoft technologies is taken for granted, with most folks wanting to know the “how to” of deploying various scenarios. However, in both cases, it’s all too rare to see a whole lot of real all-out enthusiasm from the Microsoft fans. And I have to wonder why. 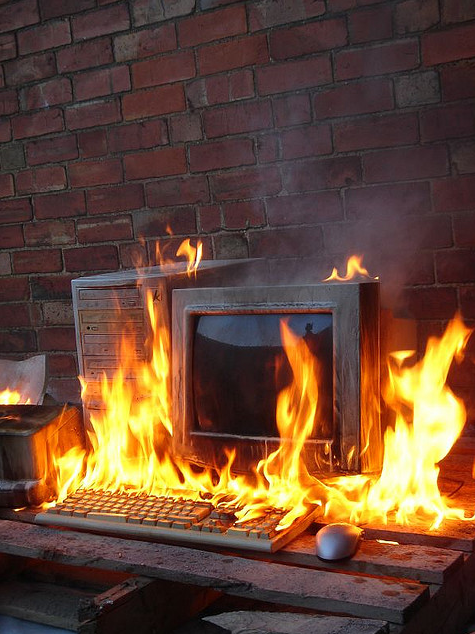 Perhaps the fans are taking their cues from the speakers. I couldn’t help noticing that when Jack Wallen was giving his presentation about Linux, he was all fired up about it. Never mind that, according to NetMarketShare’s statistics, Linux still has only a smidgeon over 1% of the operating system market share as of September 2011. Jack believes in Linux, he’s in love with Linux, and he’s passionate about it. The excitement is evident in his voice and in his body language, as well as in his words.

Some other speakers, including my husband (Tom Shinder), gave presentations on Microsoft technologies. Those talks were very professional, very informative, very interesting — even inspirational — but the same sort of over-the-top enthusiasm wasn’t there. It might be easy to conclude that Jack is just a better speaker, but I don’t think that’s the case. I’ve seen that same fire in Tom’s eyes before, when he was talking about Microsoft’s products and services. And it’s not as if Tom’s talk didn’t touch the audience; they voted his topic one of the top ones that they wanted to hear more about in a follow-up “unconference” session.

Playing it (too) safe?

I can understand why Microsoft speakers tend to go for the more business-like approach. Certainly being seen as a representative of a big company that’s under so much public scrutiny is a heavy responsibility. Getting too wound up on a public stage can be dangerous — and much more so when you’re seen as a representative of the company. A slip of the tongue — especially in a public forum with dozens of tech bloggers present — and you could find yourself being quoted all over the web, saying something you never intended to say.

And sometimes (certainly not always) speakers who get carried away by their enthusiasm make exaggerated claims and unsubstantiated statements. Then they end up looking bad — and making the company look bad — when they’re called out on it.

One way to avoid that is to stick pretty close to a predefined script. The problem is that when you’re mostly reading from the slides or notes, or delivering a memorized spiel, you tend to come across as less enthusiastic in comparison to the speaker who’s “making it up as he goes along.”

What about the fan club?

Okay, that explains why the speakers who work for Microsoft may be a little “toned down.” And in a way, comparing Tom and Jack is comparing apples to oranges, since Jack is an independent “fanboy” who doesn’t have to worry about legal departments, corporate policies, and what the boss might think about his talk. In fact, when you’re a member of the media, the more provocative the talk, the better you like it.

But what about the Microsoft fans who aren’t employed by the company? Why don’t we see more enthusiasm from them? Is it that same phenomenon that I mentioned last week, in regard to Microsoft’s relationship with security (familiarity breeds, if not contempt, at least a loss of passion)? Is it that we’re talking about an older, more settled demographic? Much as I hated the Mac Guy commercials, I have to admit that, in general, corporate types in their 40s don’t, well, gush over the things they like nearly as often as 20-somethings do.

I’m often asked, by people who use and like Windows, why Microsoft always gets such a bad rap. Why is it that Apple can come out with a “new” feature that Windows has had for years, and the press goes wild about how “innovative” it is?

A few examples: Mac OS X “Snow Leopard,” which came out in 2009, boasted such great new features as a 64-bit OS, support for Exchange, built-in malware protection, and other features Windows has had for years. Likewise, Lion gets things like full-screen application windows and the ability to resize a window from any side or corner (huh? You couldn’t already do that? Seriously?).

The point isn’t that Apple is hyping these things to the max; of course they are. That’s what marketing is all about. The point is that users — and more troubling, the media — rarely call them on it. Instead, Mac fans wax poetic about how magical and revolutionary it all is. Why is it that when Microsoft introduces amazing new capabilities — such as Windows Media Center, a DVR solution ten times better than what the cable and satellite companies offer and without the monthly fee that TiVO charges — nobody seems to care?

Maybe it’s just a matter of Microsoft representing more mature technologies, appealing to a more “establishment” oriented demographic in both the consumer and the business markets. Linux lovers tend to see themselves as outlaws, free spirits rebelling against the status quo. It’s easy to get revved up about that.

Apple fans certainly exude their own brand of enthusiasm, but they are often made fun of as brainwashed cult members who mindlessly follow the crowd, and indeed, now researchers have discovered that Apple devotees actually emit brain waves, in response to Apple products, similar to those of religious people responding to symbols of their faiths. Maybe the problem is that Microsoft users are more pragmatic. They realize that, after all, it’s only an operating system. 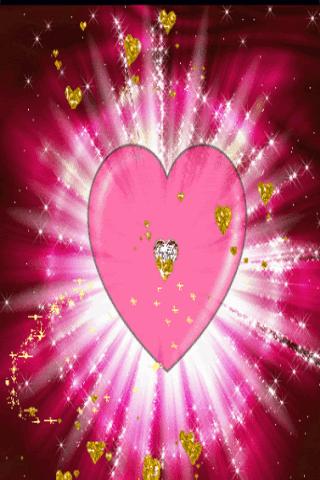 What could Microsoft do to kindle those flames of excitement and passion among both employees when representing the company to the outside and plain-old users who prefer Microsoft products? There’s certainly no lack of enthusiasm at the top; we’ve all seen Steve Ballmer literally bouncing around the stage. Watching him speak always leaves me exhausted but also excited about the latest and greatest Windows features or new Microsoft products. I’d like to see a little “trickle-down effect.” I think that’s the only way to compete against companies like Apple and Google that inspire such loyalty and passion in their followers (users).

If you’re a Microsoft fan and you’re constantly getting annoyed because Windows “don’t get no respect,” stop and consider that maybe you’re partly to blame. If you don’t get passionate about your OS and express that enthusiasm, you can expect the press to continue in its ho-hum responses to the release of a new version of Windows.

I want to see some enthusiasm for Microsoft technologies, because I think there’s a lot to be enthusiastic about: Windows Phone is evolving into a real alternative to the iPhone and Android (to the point that an HTC spokesman has said it will “eventually be better than other platforms), the Xbox and Kinect are selling like hotcakes, and Windows 8 has the potential to change everything. When Steve Ballmer said Microsoft was taking a big risk with the next generation of Windows, that seemed to signal that the company was ready to stop playing it safe in terms of development and innovation. Now it’s time for Microsoft’s fans to stop being afraid to show their enthusiasm and excitement in public.

Share: Microsoft fans need to get fired up and enthusiastic
By Debra Littlejohn Shinder
DEBRA LITTLEJOHN SHINDER is a technology consultant, trainer and writer who has authored a number of books on computer operating systems, networking, and security. These include Scene of the Cybercrime: Computer Forensics Handbook, published by Syngress, and Computer Networking Essentials, published by Cisco Press. She is co-author, with her husband, Dr. Thomas Shinder, of Troubleshooting Windows 2000 TCP/IP and the best-selling Configuring ISA Server 2000, ISA Server and Beyond and Configuring ISA Server 2004. \ \ Deb is also a tech editor, developmental editor and contributor to over twenty additional books on subjects such as the Windows 2000 and Windows 2003 MCSE exams, CompTIA Security+ exam and TruSecure?s ICSA certification. She formerly edited the Brainbuzz A+ Hardware News and currently edits Sunbelt Software?s WinXP News (www.winxpnews.com) and Element K's Inside Windows Server Security journal. Her articles are regularly published on TechRepublic?s TechProGuild site and Windowsecurity.com, and have appeared in print magazines such as Windows IT Pro (Windows & .NET) Magazine. She has authored training material, corporate whitepapers, marketing material, and product documentation for Microsoft Corporation, GFI Software, Hewlett-Packard, DigitalThink, Sunbelt Software, CNET and other technology companies. \ \ Deb currently specializes in security issues and Microsoft products; she has been an MCSE since 1998 and has been awarded Microsoft?s Most Valuable Professional (MVP) status in Windows Server Security. A former police officer and police academy instructor, she lives and works in the Dallas-Ft Worth area and teaches computer networking and security and occasional criminal justice courses at Eastfield College in Mesquite, TX.