While Microsoft might be getting Windows 8 "just right" with developers, many IT pros seem to be feeling left out.

Last week, I wrote about the need for Microsoft fans to come out of the woodwork and show their enthusiasm for their operating system. There’s one area where I am seeing enthusiasm, and that’s surrounding Windows 8. It’s especially coming from people who are hankering for a tablet and, for whatever reasons, don’t feel that the iPad or its Android competitors meet their needs.

In fact, a recent survey by Boston Consulting Group showed that 42% and 44% of U.S. and Chinese consumers, respectively, want Windows on their tablets, compared with 27% and 34% percent who want Apple iOS and 20% and 18% who prefer Android. A Forrester poll from a few months back showed similar sentiments.

It’s also clear that people within Microsoft are enthused about Windows 8 — at least, when they will/can talk about it at all. I’ve heard some folks say that the company seems to be suffering from a curious split personality when it comes to sharing information about Windows 8 with the public. On the one hand, they’re pushing it heavily to developers; the BUILD conference last month was all about creating apps for Windows 8 and the new Metro interface, and a pre-beta Developer Preview of the software was made available to anyone who wants to download it. There’s obviously plenty of interest there, with over half a million copies downloaded in the first 24 hours of availability.

The Windows 8 Team Blog on the MSDN web site (for developers) is packed full of great information about the new OS. During the time I was writing this article, Steven Sinofsky posted a white-paper-length (9,000+ words) discussion about feedback Microsoft has received from users of the Developer Preview about the Windows 8 Start Screen.

IT pros and Windows 8

Over on the IT pro side of the fence, though, we aren’t seeing nearly as much focus on Windows 8 in the documentation and marketing that’s targeted at IT administrators. At least that’s the perception. And that sort of makes sense. Windows 8 is still a good way from a release date, and most organizations won’t deploy it for quite some time after that. IT pros have plenty of time to learn about the new OS features and functionalities and get up to speed on it. But developers need to start creating Metro apps now.

To compete with the iOS and Android ecosystems that already support tens to hundreds of thousands of apps, Windows 8 on a tablet will need to have a healthy selection of good apps available right out of the gate. Microsoft needs to convince developers to get on board early, and putting most of their efforts into getting it out there to the developers is just good business, even if it does leave some IT pros feeling a little like second-class citizens — again.

I’ve heard quite a few complaints from IT pros who downloaded Windows 8 and were disappointed that they couldn’t do much with the “regular Windows desktop view.” I try to remind them that this is called a Developer’s Preview for a reason; its sole purpose is to give developers a platform for creating Metro apps. It’s not a beta to be evaluated by IT pros and consumers. That comes later.

There’s a fundamental difference that I’ve observed in the way the typical IT pro reacts to a new operating system vs. the reaction of the typical developer. For the latter, it presents new challenges and new opportunities — something that most programmers enjoy. They look forward to getting in there and creating new applications that will do more and be more fun to build. Sure, some will grumble about having to learn a new skill set, but in general I think dev-types have personalities that lend themselves to new adventures in coding.

IT pros, on the other hand, tend to prefer the status quo a bit more. They want things to run smoothly; they want users to stay happy; they want the network to stay up. Rolling out a new operating system, especially one that’s drastically different from its predecessor represents a lot of headaches. At the same time that they’re trying to learn the new ways of managing the systems, their users are lost in a new interface. Administrative overhead increases, at least temporarily, and so do support calls. Incorrect configurations and user errors can lead to connectivity problems, data loss, and more.

It’s not time to market Windows 8 to businesses yet, and it won’t be for a while. Many of those businesses that recently upgraded to Windows 7, after running XP on the desktop for a decade, would be perfectly happy to not upgrade again for another ten years.

Where are the consumers in this mix? 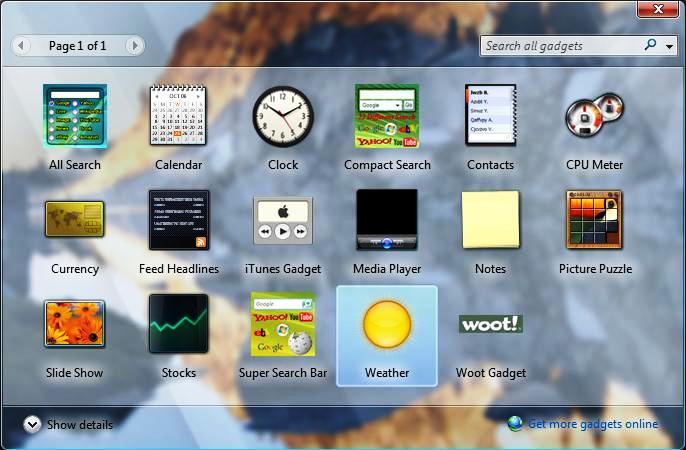 Based on my experiences, at this point most members of the general public are only vaguely aware of Windows 8 at all. The ones who do know something about it, and are excited about it, are the “power users” — what we once called “computer hobbyists” — who like living on the cutting edge of technology. Many of them are the ones who are clamoring for that Windows 8 tablet.

Unfortunately, however, the fact that Windows 8 is looming over the horizon is affecting many consumers who are perfectly happy with Windows 7 or Vista.

Recently I heard from a computer user who told me that she got a new Windows 7 laptop, after using it and liking it on her desktop for the past six months. The first thing she did was go looking for the desktop gadgets that she had come to rely on for various functions. Imagine her surprise when a visit to the Windows Live Gallery where she had previously browsed through hundreds of gadgets brought her to a page that said “Looking for gadgets? The Windows Live Gallery has been retired. In order to focus support on the much richer set of opportunities available for the newest version of Windows, Microsoft is no longer supporting development or uploading of new Gadgets.”

The text went on to say that some of the most popular gadgets are still available in the Windows Personalization Gallery. You’ll also find that this is now the website you’ll be taken to if you select “Get more gadgets online” when you right-click the Windows 7 desktop and click Gadgets. Unfortunately, there are a mere 29 gadgets available on that page. None of them were the ones that she was looking for.

My friend was furious. “Why did Microsoft need to take away all those great gadgets? Not developing any new ones is one thing, but taking away the ones we used to be able to get so easily? Are they low on web server space or something? Seriously?”

I have no good answer for her. Yes, you might be able to do a search and find some of those gadgets on their developers’ own web sites, but why should you have to spend a lot of time tracking them down? Removing the Gadget Gallery strikes people as just “mean for the sake of being mean.” It doesn’t even make sense as a tactic to force you to upgrade to Windows 8, since the new OS isn’t even available yet.

I’m thinking Microsoft needs to get its enthusiasm for Windows 8 just a little more coordinated. While they might be getting it “just right” with developers, many IT pros seem to be feeling left out.

At the same time, some consumers think the company is jumping the gun by yanking support for Windows 7 features they like because they want to focus on the “newest version of Windows.” Those users, many of whom just got Windows 7, surely don’t want to be told that their OS is already “old.” That seems like a good way to ensure that Windows 8 makes a poor first impression on them and makes them more resistant to upgrading when it finally is released. And that’s not good marketing.

Share: Microsoft is marketing Windows 8 to developers not to me and you
By Debra Littlejohn Shinder
DEBRA LITTLEJOHN SHINDER is a technology consultant, trainer and writer who has authored a number of books on computer operating systems, networking, and security. These include Scene of the Cybercrime: Computer Forensics Handbook, published by Syngress, and Computer Networking Essentials, published by Cisco Press. She is co-author, with her husband, Dr. Thomas Shinder, of Troubleshooting Windows 2000 TCP/IP and the best-selling Configuring ISA Server 2000, ISA Server and Beyond and Configuring ISA Server 2004. \ \ Deb is also a tech editor, developmental editor and contributor to over twenty additional books on subjects such as the Windows 2000 and Windows 2003 MCSE exams, CompTIA Security+ exam and TruSecure?s ICSA certification. She formerly edited the Brainbuzz A+ Hardware News and currently edits Sunbelt Software?s WinXP News (www.winxpnews.com) and Element K's Inside Windows Server Security journal. Her articles are regularly published on TechRepublic?s TechProGuild site and Windowsecurity.com, and have appeared in print magazines such as Windows IT Pro (Windows & .NET) Magazine. She has authored training material, corporate whitepapers, marketing material, and product documentation for Microsoft Corporation, GFI Software, Hewlett-Packard, DigitalThink, Sunbelt Software, CNET and other technology companies. \ \ Deb currently specializes in security issues and Microsoft products; she has been an MCSE since 1998 and has been awarded Microsoft?s Most Valuable Professional (MVP) status in Windows Server Security. A former police officer and police academy instructor, she lives and works in the Dallas-Ft Worth area and teaches computer networking and security and occasional criminal justice courses at Eastfield College in Mesquite, TX.