Microsoft Asia Pacific (AP) recently embarked on a plan to radically revamp its regional office located at One Marina Boulevard in Singapore. Dubbed “Microsoft’s New World of Work,” the company hopes that its redesigned office will promote greater productivity and collaboration, reduce the office space required, and attract and retain employees from all generations.

Cubicles, designated offices, and desktop phones are out

Local media and bloggers were invited for a media briefing about the changes and for a tour of the new office. Microsoft AP eliminated all cubicles and personal offices for senior staff and managers and converted those spaces into a mixture of non-partitioned desks, as well as other tables and chairs that are more reminiscent of a cafe than an office. 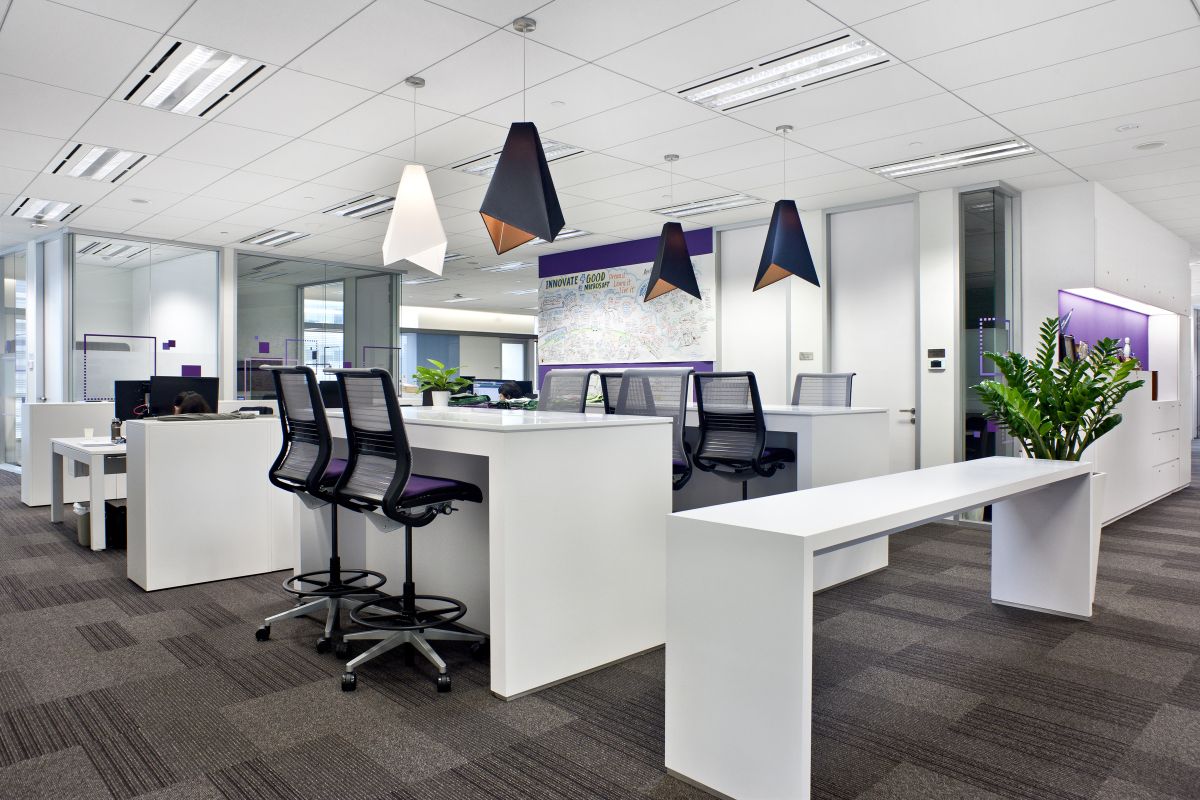 With no assigned desks, employees can sit anywhere they want, or they can opt to work from home; in fact, there is a 2:1 employee/available desk ratio, which means there aren’t enough desks for everyone to work at the office at one time. It is the regional headquarters, and staffers are frequently out of town. Interestingly, Microsoft AP says that the number of workers showing up at the office is higher than before the revamp, which suggests the efforts to improve the work environment have been a success.

Not all rooms were eliminated; meeting rooms are still available for booking, with a smattering of smaller rooms that workers can use in situations when absolute concentration and privacy is needed.

Microsoft AP also replaced employees’ desktop phones with wireless headsets; this allows employees to work from anywhere within the office using a PC laptop, handset, webcam, or smartphone. I didn’t see any desktop computers during my brief tour of the Singapore office.

Transitioning to the new concept

The wide-open office concept does take some getting used to for some employees (it would be unreasonable to expect a switch of such magnitude to be completely seamless). Jessica Tan, Managing Director of Microsoft Singapore, mentioned etiquette issues such as not talking too loudly and ensuring that a workstation is properly cleared prior to leaving. To ensure that staffers are adequately trained, Tracey Fellows, area VP of Microsoft Asia Pacific, told us about in-house programs in which employees are taught how to get the best out of the various tools at their disposal.

I shall be writing about the technologies and concept behind Microsoft AP’s revamp in my next blog. In the meantime, you can see photos of the offices in the TechRepublic photo gallery Microsoft Asia Pacific Singapore office’s new open concept design.

Delivered Weekdays
Sign up today
Share: No more cubicles or private offices at Microsoft Asia Pacific’s Singapore office
By Paul Mah
Paul Mah is a writer and blogger who lives in Singapore, where he has worked for a number of years in various capacities within the IT industry. Paul enjoys tinkering with tech gadgets, smartphones, and networking devices.