Norton AntiVirus 2009 with Antispyware gets the job done

Windows users face an unprecedented and skyrocketing number of threats from a widening variety of sources. IT Consultant Erik Eckel reviews Norton AntiVirus 2009 With AntiSpyware as a potential solution in one all-inclusive software package. 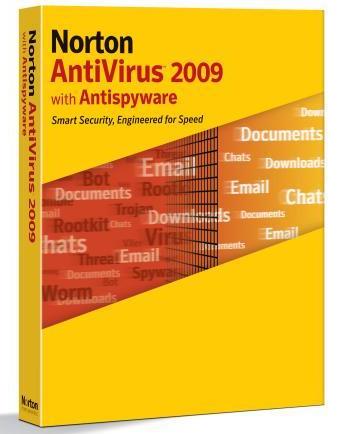 Microsoft Windows users face an unprecedented and skyrocketing number of threats from a widening variety of sources. New virus and spyware programs are appearing at an alarming rate. In September 2008, Kaspersky Lab reported that the number of virus, adware, Trojan, and other malicious programs tripled during the first six months of 2008 versus the previous six months. In all, the lab’s statistics indicate that some 440,311 new malware programs appeared from January through June, compared to just 136,953 for the preceding six months.

From dangerous rootkits to continually evolving viruses and spyware, Windows users require an anti-malware application that provides effective protection without robbing a system of its computing capacity. Of course, no single program or application is capable of completely protecting a Windows user from all threats, but some applications are better than others.

This blog post is also available in PDF format in a TechRepublic download. See Norton AntiVirus 2009 with AntiSpyware in action in the accompanying TechRepublic Photo Gallery.

As a small business technology consultant, I regularly troubleshoot, repair, and recover infected systems. Working with a wide variety of computers from a wide variety of organizations, not too mention numerous residential clients, I have considerable real-world experience with all the leading antivirus applications as well as many lesser known security programs favored by an organization’s or client’s previous computer technician.

Prior to 2008, it was my experience that Norton security products, including its Internet security and system suites, did not provide adequate protection. I also found older versions consumed far too great a share of system resources. When I tested Norton’s 2008 antivirus software on a Windows Vista machine, I was very impressed with its performance. I wrote my opinions, and boy, did the TechRepublic community respond.

It was clear, from those responses, that many TechRepublic readers had also experienced some of the same issues I had with Norton’s older products. But the 2008 version proved quite different, and after a year of using the product I feel my comments held up very well.

With the release of the 2009 version, I continue to believe Norton AntiVirus 2009 with Antispyware is the right tool for fighting viruses and spyware. While the application may not be the most potent program for removing existing infections (any IT professional with a modicum of experience knows a variety of diagnosis and removal tools, utilities, strategies, and methods are required depending on the nature and number of infections), Norton’s newest antivirus offering is as capable as any I’ve seen. Further, Norton’s high performance holds true; this program does not cannibalize system resources.

Last year, I also wrote about one drawback, namely, the need for an uninstallation tool when Norton antivirus products fail or require removal. Since then I’ve found this is almost a universal truth; numerous major antivirus manufacturers, including TrendMicro, McAfee and ESET, distribute and maintain removal tools for those occasions when their products fail or become corrupted. That’s just an unfortunate necessity when using antivirus and antispyware programs.

On those occasions when I’ve attempted a hurried fix and connected a client system to my main network (instead of my test network), the Norton antivirus engine on my main production system has done its job. On several occasions it caught and contained threats, including a heinous W32 virus that jumped from a client’s PC to my thumb-drive (prompting me to use only CDs now when troubleshooting client systems). Further, Norton AntiVirus has effectively spotted compromising utilities within a special disk partition I maintain for my own network discovery, wireless probing, and password-recovery utilities.

One other real-world item to note is licensing. In last year’s Norton Right Tool discussion, some technology professionals recommended simply using free versions of AVG’s or Avira’s antivirus tools. In many cases, that’s illegal. AVG (and Avira) clearly state in the accompanying license agreements that those products are limited to one installment per household and that the software cannot be used in any business or commercial (including nonprofit) capacity.

Organizations with systems and data to protect should always deploy legal, licensed software. In addition to eliminating legal liability, the professional-licensed versions of these software packages offer other benefits, such as customizable scans and more frequent database updates.

Norton AntiVirus 2009 with AntiSpyware continues improving upon significant advancements made to Norton’s antivirus lineup in 2008. In addition to effective, accurate detection and containment, the 2009 edition of Norton’s antivirus software consumes few system resources.

Stay on top of the latest XP tips and tricks with TechRepublic’s Windows XP newsletter, delivered every Thursday. Automatically sign up today!

Share: Norton AntiVirus 2009 with Antispyware gets the job done
By Erik Eckel
Erik Eckel is a managing partner at Louisville Geek and president of Eckel Media Corp. He previously served as Executive Editor at CNET Networks' TechRepublic. He earned his Bachelor's Degree in English from the University of Louisville and received Microsoft Engineer accreditation from Sullivan University. He's earned Network+, Windows NT 4.0 MCP+I and MCSE, and Windows 2000 Professional MCP accreditations.