Outsourcing X Factor: Why Indian IT giants are sizing up the West’s talent

India’s major IT services firms are turning away from their model of the past three decades and ramping up recruitment outside the subcontinent, says Saritha Rai.

This month the head of human resources of one of India’s largest outsourcing companies, Bangalore-based Infosys, is quietly relocating to the US. It’s a move that’s emblematic of the beginning of the end for the country’s traditional India-centric model of outsourcing.

Some might see the relocation as unusual since the bulk of Infosys’ 133,560 employees are based in India, and mostly in Bangalore. But Nandita Gurjar, its global head of HR, believes her move to the US is in tune with the company’s need to be externally focused and globalised.

“Being based away from our headquarters and on the ground where 60 per cent of our business comes from will bring a greater strategic focus,” she told silicon.com. 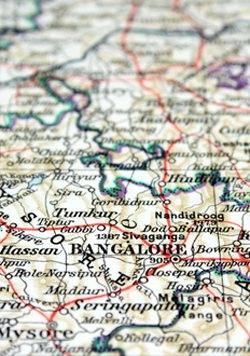 The traditional Indian outsourcing model is about hiring in India where talent is available in large volumes and at lower pricesPhoto: Shutterstock

Significantly, Gurjar will oversee Infosys’ expansion in the US, where it expects to hire 1,000 non-Indian staff over the next few quarters.

Infosys is not alone. A flock of the largest Indian outsourcing companies – HCL, iGate Patni, TCS and Wipro among them – are setting up development centres in the West and ramping up their hiring of non-Indians.

The trend may account for only a small amount of these firms’ overall recruitment activity but it’s still a significant about-turn for organisations that have been adherents of Indian outsourcing’s traditional mantra.

Their model dates back three decades and has always been about hiring in India where talent is available in large volumes and at lower prices.

About a decade ago, it seemed even global consultancy firms were falling into line with the Indian outsourcers’ approach, with the likes of Accenture, EDS and IBM moving to India to set up large operations that matched the scale of the set-ups at their parent locations.

It is now the Indian companies’ turn to move to the next phase. Infosys says its non-Indian employees will eventually constitute 15 per cent of its total workforce. Gurjar says being based in its largest market will give her “a ground-level understanding of what areas we need to address as a global corporation”. Given the economic downturn and unemployment in the US, talent should not be hard to find.

Many of the hires in the West made by Infosys and other Indian companies are consultants and client-facing teams. Its Bangalore-based rival, Wipro, has delivery centres in Atlanta in the US, Reading in the UK, and in Kiel, Germany. As a matter of company policy, Wipro declined to reveal the split of its employee numbers by geography.

…productive and unable to fit into global teams. As work becomes increasingly complex, these new recruits are seen as bringing to the table an understanding of the local culture and an ability to engage more effectively with clients.

For Indian outsourcing companies, hiring non-Indians may be the right move in more ways than one. The visa situation with the US is “becoming sticky”, according to Sean Narayanan, chief delivery officer of iGate Patni.

It’s clear that importing overseas workers into the US is becoming tougher. The US government doubled visa fees for foreign workers last year, and the quota of H1-B visas has been steadily depleted. Companies are also finding that visa rejection rates are climbing. On top of all that, Indian organisations are being accused of using temporary business visas to get around the H1-B visa ceiling.

Narayanan describes the new strategy as a maturing of the outsourcing model, as suppliers develop the ability to ramp up anytime, anywhere in the world and then integrate that facility into their global delivery.

“The storyline is about how you offer the end solution to your customer rather than about the staffing model,” he says. In the past 10 months, iGate Patni has doubled its headcount in the US to 200, nearly all local hires. In the next few quarters, the company expects to double that headcount again.

Meanwhile the US, which accounts for nearly two-thirds of India’s outsourcing revenues, is heading towards presidential elections next year. As unemployment hits record levels, election-time rhetoric has resulted in anger towards companies that take work offshore.

The popular belief is that offshoring equals unemployment. Moving closer to the elections, these voices will get louder. Against this background, hiring foreign workers might help India’s outsourcing industry counteract some of that antipathy.

Share: Outsourcing X Factor: Why Indian IT giants are sizing up the West’s talent
By saritharai
Saritha Rai is an India-based journalist and commentator who covers technology, business and society from her ringside seat in Bangalore.