Palm Pre vs. iPhone 3G S: The choice I made and why

This year will very likely be remembered as the year of the smartphone (at least in the IT world). A fleet of new devices are attracting new users to the smartphone market, led by the Palm Pre and the Apple iPhone 3G S. Since I've been in the market for a new smartphone, see which one I chose and why.

This year will very likely be remembered as the year of the smartphone (at least in the IT world). A fleet of new devices are attracting new users to the smartphone market, led by the Palm Pre and the Apple iPhone 3G S. Since I’ve been in the market for a new smartphone, see which one I chose and why.

As I mentioned in my article iPhone: Why I may be seduced by the dark side, I am in the market for a new smartphone this summer. The good news is that there are some very strong devices out there right now, including the iPhone 3G S, Palm Pre, Google Ion, Nokia N97, and BlackBerry Tour. The bad news is that I narrowed down my choices to the Palm Pre and the iPhone 3G S (below) and I’ve had a really tough time choosing between the two. 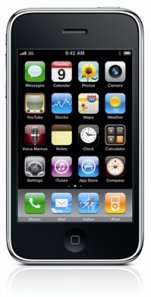 Since there are other individuals, small businesses, and IT departments deciding between these two high-end smartphones, I decided to lay out my decision-making process in order to provide a little decision support to my friends and colleagues in the business world.

First, I should explain my smartphone requirements. I’m looking for a device to serve as my personal phone, media player, and backup for all of my email, calendar, and contacts. I already have a BlackBerry Curve 8320 on T-Mobile that is my company smartphone from CBS. It handles my business calls and securely manages all of my corporate email and groupware data.

The challenge is that I travel regularly and when I travel my smartphone is my primary computing device. It carries all of my travel itineraries, meeting schedules, and contacts. So, if my smartphone was lost, stolen, or seriously malfunctioned while I was on the road then I would be in serious trouble.

Thus, I need a backup. I need a smartphone that can run all of my corporate Exchange data through Microsoft ActiveSync while functioning as my device for personal calls (minimal), personal text messages, and my personal Gmail account. I’m also looking for a smartphone that can complement the BlackBerry Curve in two key areas where it is weak: mobile Web browsing and media playback.

For me, that narrowed the field to two clear candidates: Palm Pre and iPhone. If I didn’t already have a business device and I was looking for a single smartphone that could handle corporate-level security and lots of data entry then the choice would have likely been between the Palm Pre (right) and the BlackBerry Tour, with a slight nod to the Tour because of its BlackBerry Enterprise Server (BES) backend and the fact that it will be available later this summer on Verizon Wireless, the strongest of the big four U.S. mobile networks.

In evaluating the iPhone 3G S and the Palm Pre, I’m equally impressed by the touch screens, software interfaces, and usability of both devices. These two are really the standard-setters in usability and the other smartphones on the market all have some catching up to do. I also felt that both devices were excellent for reading everything from emails to news to documents.

When I had to get down to making a decision, I came up with the following lists that break down the strengths that each of these smartphones has over the other one. I also identified the primary drawbacks to the Pre and the iPhone.

Biggest drawbacks: Still needs an ecosystem of app developers, Palm and Sprint are both struggling companies

In the end, the maturity of the iPhone platform won out. I was primarily influenced by the fact that the iPhone is now in its third generation of hardware and software and the platform features over 50,000 third-party applications (in just over a year after first releasing the iPhone SDK).

I was tempted by the powerful multi-tasking of the Palm Pre and its Synergy functionality, but the iPhone’s huge selection of apps makes it infinitely more useful at this point. I also wanted a functional media player since I was going to be carrying an extra phone I wanted to be able to leave my iPod behind. That meant that I needed to be able to carry my favorite music playlists along with podcasts and audiobooks. While the Palm Pre is serviceable as a media player, the iPhone is obviously superior because of its iPod roots.

The other big draw to the Palm Pre is that it is on the Sprint network, which offers more consistent network service than AT&T and is even cheaper with the Simply Everything plan.

But, remember that I was primarily looking for a data device. If I was going to be using this as my primary cellphone for voice calls, the iPhone would have had a big strike against it because it’s not very strong as a phone and AT&T has problems with its voice network, especially in the San Francisco Bay Area where I travel regularly. However, I typically only make a few personal calls a week with this smartphone, and if I run into connection problems I still have the BlackBerry Curve in a pinch (although I try not to use it to make personal calls since it’s a company phone).

For all of those reasons, the iPhone 3G S made the most sense, but as I’ve noted the Palm Pre was pretty impressive and could be a viable option for many business professionals and companies.

For more insights on iPhone, Palm Pre, and other tech topics, follow my Twitter stream at twitter.com/jasonhiner

Share: Palm Pre vs. iPhone 3G S: The choice I made and why
By Jason Hiner
Jason Hiner is Editorial Director of CNET and former Editor in Chief of TechRepublic. He's co-author of the book, Follow the Geeks.