Quick Tip: Add the Flip3D feature to the Windows 7 Taskbar

Using only a simple desktop shortcut, you can add Flip3D functionality to the Windows 7 Taskbar. Mark Kaelin shows you how to make it happen.

Windows Vista had a graphical feature for switching between open applications called Flip3D, which was located on the Taskbar. However, for some reason that feature is absent from the Windows 7 Taskbar. If you like to get it back, all you have to do is create a desktop shortcut with a specific command and pin it to the Taskbar.

Note: Flip3D is still part of the Windows 7 interface via a keyboard shortcut: [Windows key] + [Tab]. But by pinning a shortcut to the Taskbar, you will be able to get the feature with the mouse, which can come in handy if you aren’t in a good position to get two hands on the keyboard.
This blog post is also available as a TechRepublic Photo Gallery and TechRepublic download.

To start, right-click on an empty part of the Windows Desktop and navigate to New | Shortcut, as shown in Figure A. 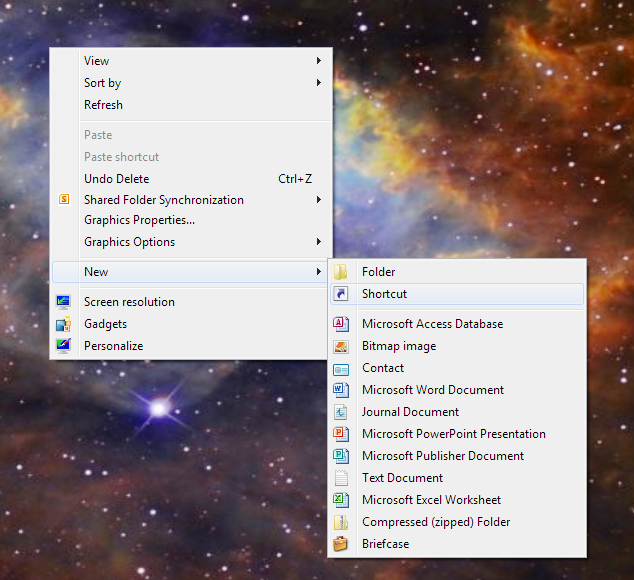 Create a shortcut on the Windows Desktop.

In the location box of the shortcut (Figure B), type in this command: 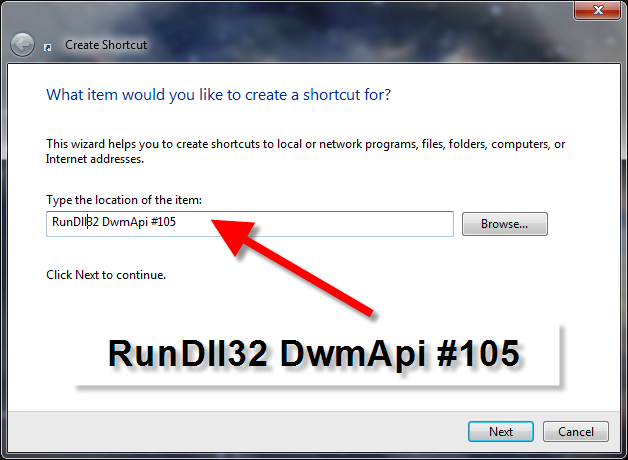 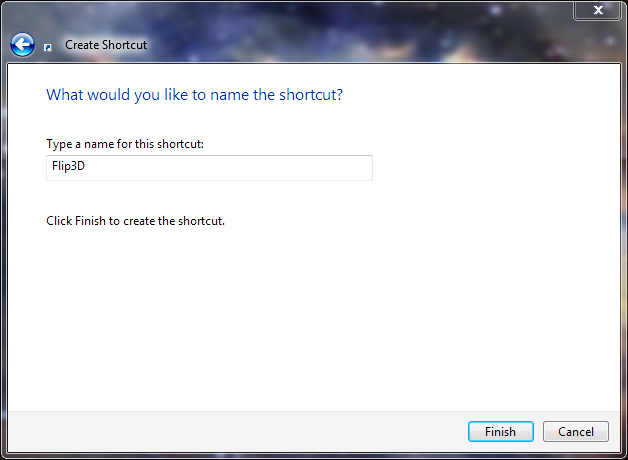 Your new shortcut has a generic icon, so it is a good idea to give it an icon that has some meaning. Right-click the shortcut and navigate to the Properties configuration screen, as shown in Figure D. Click the Change Icon button. 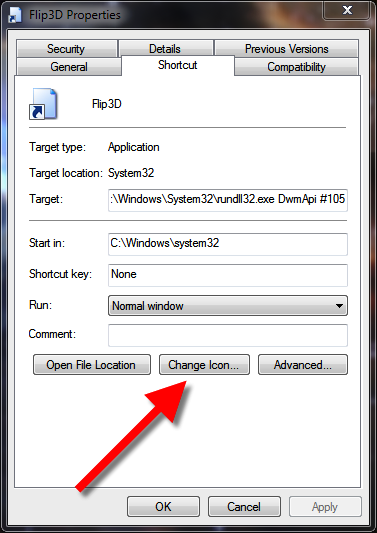 On the Change Icon configuration screen (Figure E), browse to the Windows directory and select explorer.exe as your icon source. I used the Flip3D icon, but you can use any icon you wish. After you choose your icon, click OK twice to close the Properties screen. 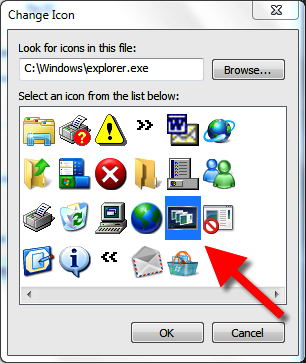 Choose an icon for your Flip3D shortcut.

You should have a shortcut on your Windows Desktop that loads the Flip3D feature. To make the feature more useful, drag the shortcut to the Windows 7 Taskbar and pin it there, as shown in Figure F. 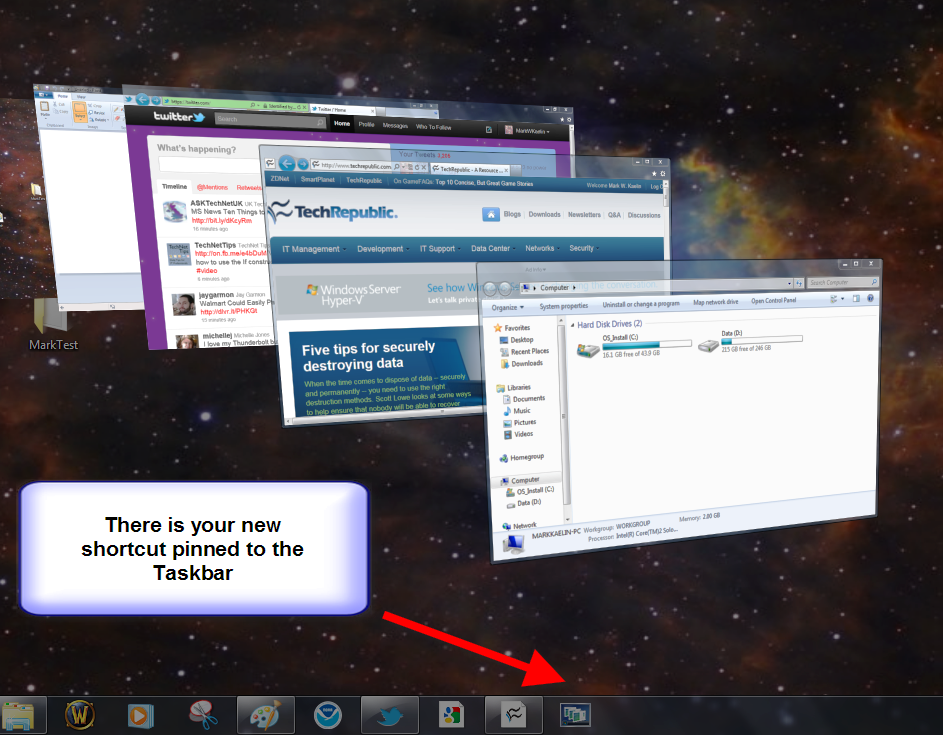 Flip3D is a single-click away in Windows 7.

Now, when you click your new Flip3D icon from the Windows Taskbar, your open applications will fly up into a three-dimensional flip book. Using the mouse wheel, you can scroll through them and pick the one you would like to make active.

Share: Quick Tip: Add the Flip3D feature to the Windows 7 Taskbar
By Mark W. Kaelin
Mark W. Kaelin has been writing and editing stories about the information technology industry, gadgets, finance, accounting, and tech-life for more than 25 years. Most recently, he has been a regular contributor to BreakingModern.com, aNewDomain.net, and TechRepublic.com.