With the Windows 8 snap feature it is possible to have more than Metro UI display at once.

While, in general, I like Windows 8 and the new Metro UI that comes with it, I also realize that many of you are having a difficult time adjusting to the changes Microsoft has made to the Windows operating system. Make no mistake about, there is going to be a significant learning curve when it comes to mastering Windows 8 and all its quirks.

However, there are many features of Windows 8 and the Metro UI that you actually may find useful, if you know about them and give them a try. One of those features is a snap feature that will allow you to display two running Metro Apps on the same screen – something multiple-windows-open-all-the-time users should appreciate.

It’s just a jump to the left

In Figure A, you can see that I am running a Metro version of Internet Explorer in all its full-screen glory. 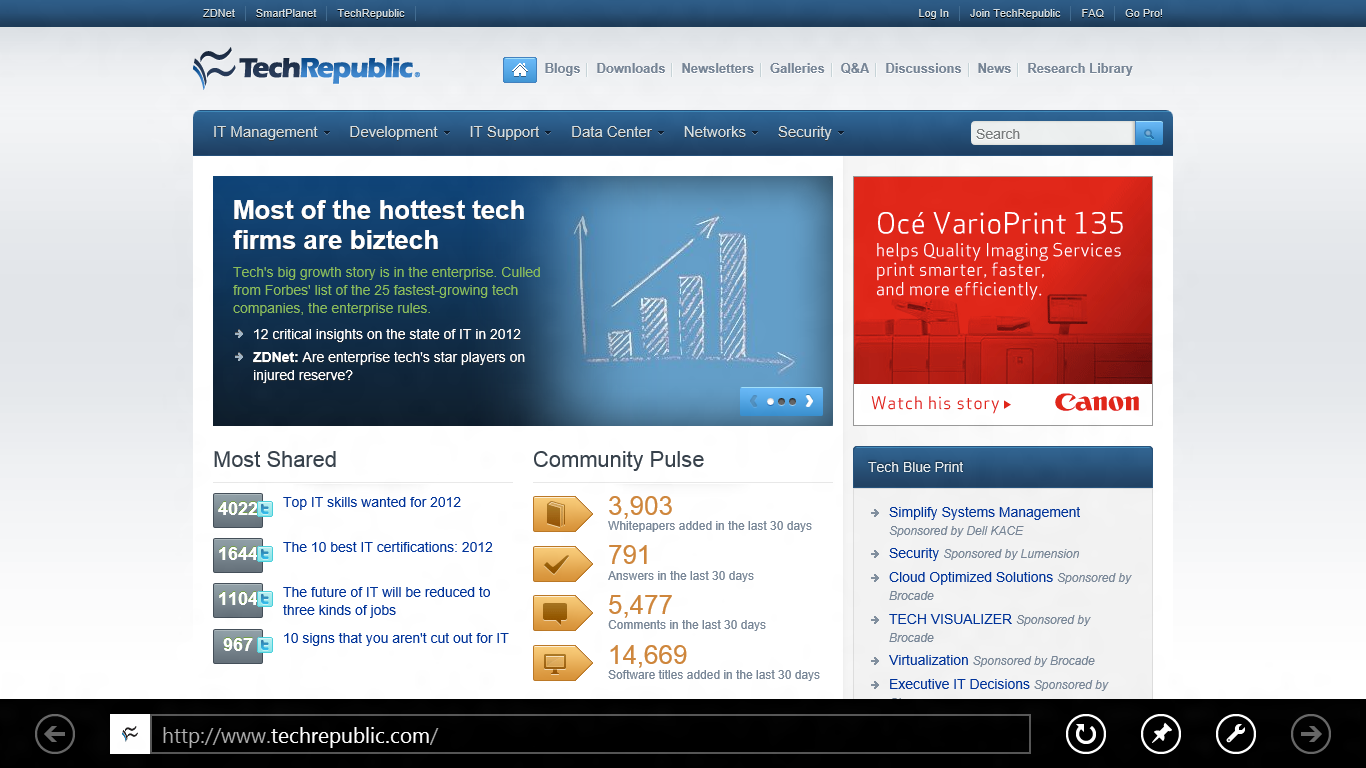 What you don’t see is that I also have the Weather App running. For most of the spring and summer, Louisvillians have to keep an eye on the potential for severe thunderstorm activity. Let’s say I want to check current weather conditions, I can just move the mouse over to the top left edge of the display until thumbnails of running apps appear, as you can see in Figure B.

Typically you would click the Weather App thumbnail and that app would replace Internet Explorer and you would see the weather in full screen mode. But I just want to keep an eye on the weather while I browse. For that, I can grab the thumbnail by left-clicking on it and then holding it down, while dragging the thumbnail toward the middle of the display. It will start to expand and then I can let it go, where it will snap to the edge of the display, as shown in Figure C. 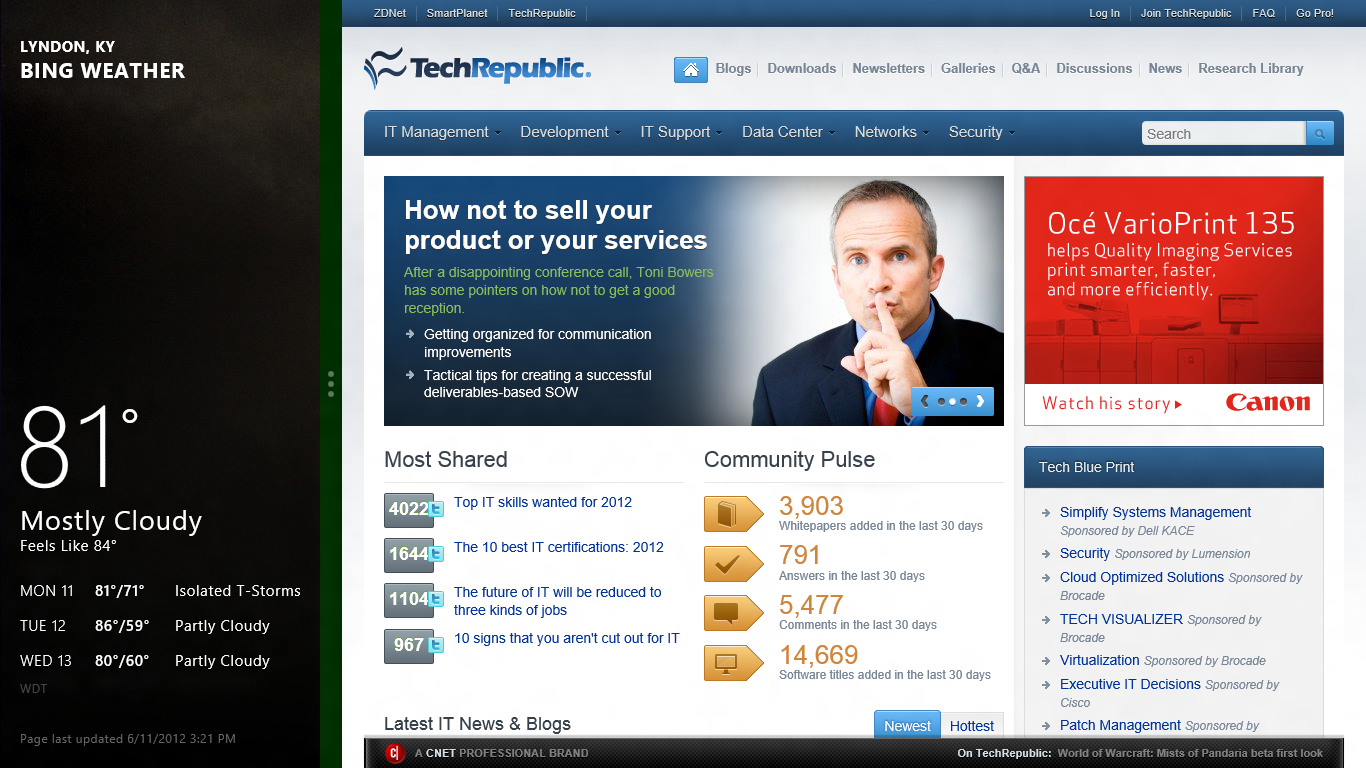 Snap a second Metro App into place for simultaneous viewing.

If I want to go back to a single app view, I can just grab the weather app and drag it back to the left side where it will disappear into the background.

The left side of the screen in Windows 8, whether you are in Metro or Desktop mode is going to come in handy – that is, once you get used to it.

Delivered Weekdays
Sign up today
Share: Quick Tip: Display two Metro UI Windows 8 apps on the same screen
By Mark W. Kaelin
Mark W. Kaelin has been writing and editing stories about the information technology industry, gadgets, finance, accounting, and tech-life for more than 25 years. Most recently, he has been a regular contributor to BreakingModern.com, aNewDomain.net, and TechRepublic.com.