Review: Get direct access to your iPhone’s files with iExplorer

An easy way to get direct access to an iPhone's file system, granting you the ability to manipulate backups, messages, contacts, and even voicemails. 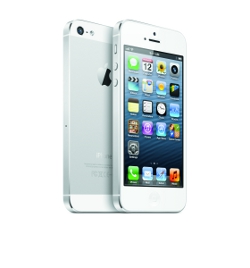 The Apple iPhone is arguably one of the most popular smartphones out there. Unfortunately, unlike its Android counterparts, you aren’t able to turn your iPhone into a USB mass storage device. Looking back at previous devices from Apple like the classic iPod, dumping files of all kinds directly onto the device was no problem in the past, yet Apple decided that everything had to go through iTunes. Being an iPhone user myself, I had enough of this limitation and I wanted to figure out how to get around this barrier.

My initial thought was to jailbreak my iPhone so that I could gain deeper access to the device, but I didn’t want to have to worry about added instability and app incompatibilities that might arise from a jailbroken device. Instead, I opted to look into a product that could work from the outside in, breaking the barrier and providing me with the access I needed, all without any jailbreaking.

Macroplant LLC has an application on tap for Mac OS X and Windows called iExplorer. It allows one to directly access the iPhone’s file system with ease, granting the ability to drag and drop files in and out of the phone as well as manipulate backups, messages, contacts, and even voicemails! Yes, you can even extract voicemails that you wish to keep around for backup purposes with the click of a mouse, ready to play inside any media player.

iExplorer can also mount any particular area of the phone as an actual drive, which is accessible via Windows Explorer. This can serve a useful purpose, if you want to use third-party software to work with files on the iPhone directly, such as using Photoshop to edit JPEGs for instance.

iExplorer also borrows interface elements from iOS itself in order to provide a familiar environment. If you click on the Notes side-menu option, you get a listing of all the notes you took on your iPhone via the Notes app, using the familiar yellow notepad look and feel. Similarly, the Messages panel lays out all of your correspondence between various contacts in the same way the Messages app does. Everything is clean, fast and snappy and I honestly am glad iExplorer exists, as it pretty much strikes out the need to carry around an external flash drive around to tote documents.

During my tests of iExplorer, I did notice a quirk that isn’t immediately obvious at first, but can truly make or break the software’s usefulness for you. iExplorer draws upon the iPhone’s iTunes backup. If this backup is encrypted, iExplorer will simply show absolutely nothing. When I encountered this issue, I didn’t know what to do at first, until I consulted some forums and realized that encrypting the iTunes backup renders it unreadable to third-party applications. Once I unchecked the encryption box in iTunes and let the backup reprocess, everything went back to normal. Also, the folder mount operation can occasionally cause the system to hang for longer than a minute. If this is the case, killing the iExplorer task is the only way to end the operation.

All in all, at the price of $34.99, I would totally recommend grabbing a copy without hesitation. In my experience, the demo version is very crippled and only gives you a small glimpse into the true power of iExplorer. Luckily, I think I’ve seen enough personally to give this a high rating for all my readers. Just make sure you have iTunes 10 installed beforehand, since iExplorer depends on Apple’s software to tap into the iPhone.

Share: Review: Get direct access to your iPhone’s files with iExplorer
By matthewnawrocki
An avid technology writer and an IT guru, Matthew is here to help bring the best in software, hardware and the web to the collective consciousness of TechRepublic's readership. In addition to writing for TechRepublic, Matthew currently works as a Customer Success Professional for Ultimate Software in Santa Ana, California.