Sanity check: Is IT no longer about technology?

Gartner researcher Tom Austin believes that the future of IT is much more about people than technology. While he makes a compelling and visionary argument, there are aspects of IT that will remain tied to a keyboard and screen.

Gartner researcher Tom Austin believes that the future of IT is much more about people than technology. While he makes a compelling and visionary argument, there are aspects of IT that will remain tied to a keyboard and screen. 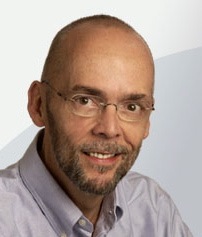 It’s become horribly cliche to talk about the importance of IT-business alignment and the need for IT professionals to become much more business-savvy, but Gartner’s Tom Austin (right) takes it to the next level. He believes that the IT professional of the future will be less of an engineer and more of a social scientist.

What? Yes, you heard that right — the word “social” will become a key part of the IT professional’s job description. It flies in the face of most of the stereotypes about techies and it sounds a little corny, but Austin does draw some interesting conclusions that are worth a look, if only because they are so unconventional.

Here are some of the most salient quotes from Austin on this subject (from an interview in Fast Company):

The fact that IT keeps running into these issues about being more business-savvy and people-savvy may simply be a natural part of the evolution of the profession. My TechRepublic colleague Mark Kaelin said that when he was in business school studying accounting, his professors constantly drilled home the fact that too many accountants were just number crunchers and that what the field needed was accountants who were more focused on understanding the business and how they could best serve it. Sound familiar?

In order to evaluate Austin’s arguments, let’s take a look at the three segments that IT is going to be divided into over the next decade:

We’re primarily talking about server rooms, data centers, and network operations centers here. IT pros in this realm will manage the backend infrastructure that powers businesses large and small. In the years ahead, this category of IT is going to become highly centralized and highly commoditized. The increase of virtualization and cloud computing will hasten this development.

As a result, managed services companies will grow and take over the data center for many companies. It simply won’t be cost-efficient to have your own data center, in many cases. As such, the administrators and engineers who run these uber-NOCs will be highly trained and highly versatile. They will be the blue collar workers of the IT industry, focused on maintenance and process work.

Although many of these IT pros will need to have strong communications skills because they will deal with multiple customers and multiple accounts on a daily basis, there will also be plenty of IT workers chained to keyboard and monitor and tasked solely for monitoring the infrastructure and keeping it running. Austin’s argument doesn’t hold up very well in this category.

Today’s developers and software engineers will morph into this category, which will have a greater focus on delivering end-to-end solutions to businesses, whether in pre-packaged software or custom applications. Just as it happens in many organizations right now, project managers will gather business requirements and build out the plans for solutions that software engineers can deliver.

This is primarily where Austin’s ideas apply. He sees these solutions makers evolving from technology-focused engineers to people-focused scientists and business associates. And, he’s correct that IT needs to build better solutions that are more customer-centric and get the technology out of the way so that users can collaborate and work more effectively.

From help desk to training to PC provisioning, IT is also responsible for deploying, managing, and supporting the systems that employees use every day. This isn’t going away anytime soon — although some companies have tried to outsource pieces of this — because it almost always involves some form of physical access to the machines. Managed services could take over some of this, but there’s always still a need for at least some physical access.

In the future, the role of this part of the IT department will diminish, although not entirely disappear. Many companies will move toward a self-provisioning model and will support user-owned systems and devices. Plus, the bar for usability and ease-of-use will continue to to be pushed higher and higher.

Nevertheless, even a diminished support department will likely need to change many of its attitudes and policies, as Austin notes, in order to help the company stay competitive. IT will need to relax some of its standards in order to allow more users to easily collaborate and share data and documents.

So, yes, IT is becoming more about people than technology, and IT professionals will need to become more business- and people-savvy. Part of the change is a natural evolution of the profession, and part of it has to do with some of the big technology shifts happening in the back office. Still, there are a lot of IT jobs and roles that won’t be directly affected by these changes, especially in operations and infrastructure. Those jobs will become the blue collar jobs of IT, focused heavily on processes and maintenance, and employed by managed services companies in many cases.

Delivered Weekdays
Sign up today
Share: Sanity check: Is IT no longer about technology?
By Jason Hiner
Jason Hiner is Editorial Director of CNET and former Editor in Chief of TechRepublic. He's co-author of the book, Follow the Geeks.