Typically, you only hear about the importance of the Cisco ACS server for VPN and dial-up authentication, authorization, and accounting. However, today the Cisco ACS server is being used as the central posture server when implementing Cisco's Network Access Control (CNAC). Let's discuss the role ACS plays in NAC.

What is the Cisco ACS Server? 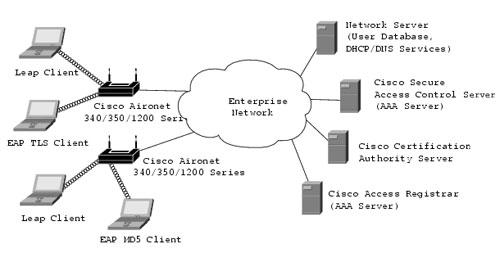 Cisco ACS not only centralizes authentication (who you are) but also authorization (what you can access) and accounting (the logging of what when you logged in and out, as well as what you were granted access to). Traditionally, this was just needed for dial-up users over modem phone lines; later, for Internet VPN users. However, beginning with ACS version 4.0, Cisco ACS is performing the same authentication, authorization, and accounting functions for networks that are NAC-enabled.

What is a posture validation server?

There are some who believe the performance of the Cisco ACS server needs to be increased in order to support Cisco NAC; generally, this is not true. While Cisco ACS plays an important role in the Cisco NAC equation, it can do this for many thousands of users without a lot of horsepower.

To see what the Cisco ACS Web console looks like, check out Figure B. 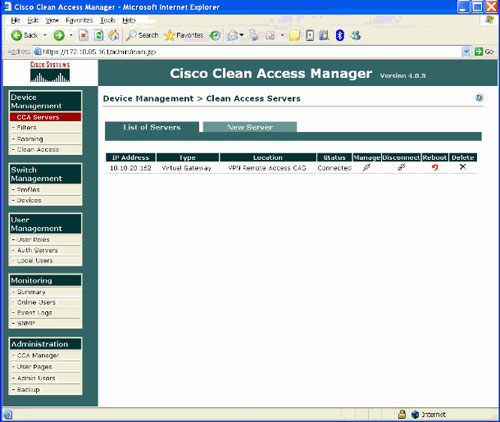 In this diagram, ACS is the Cisco Policy Server.

What are profiles and postures?

Cisco's NAC relies on the RADIUS authorization protocol to communicate the authorization information to ACS. The RADIUS request will contain VSAs, or vendor specific attributes. Back on the ACS server, there will be a NAP (network access profile) that determines what to do with the RADIUS request. That is because the ACS server is probably not only authenticating NAC hosts and NADs, but also VPN clients and other RADIUS clients.

Next, the ACS Server checks the authentication credentials against its own internal database, or Microsoft Active Directory (AD), for example. After that, the Type Length Value (TLV) and posture of the host requesting accesses is checked against the posture validation rules. These posture validation rules are a series of polices with multiple rules inside each policy. The decision that the ACS server makes about the posture of the PC host is made on a first-match basis. This means the NAC administrator must write the rules in a way that the most common rule is matched first. Usually, the first rule is that the client be healthy and is allowed access to the network.

Optionally, the ACS server can send the credentials off to a third-party posture validation server. This is primarily because the third-party validation server can have other types of validations and features that ACS does not support. For example, the Trend Micro OfficeScan solution works with Cisco ACS and the NAC framework to check a user's posture when it comes to the state of that user's antivirus client. Is that AV client up-to-date? Another similar solution is the McAfee Policy Enforcer.

What are audit servers?

While Cisco ACS can do auditing and logging of certain user activities, there are also third-party audit servers that are compatible with the NAC framework, such as the Qualsys Appliance, McAfee Policy Enforcer, and Altiris.

The Cisco ACS server is a critical part of Cisco's NAC solution. With the help of Cisco Secure Access Control Server, you can decide who can login to the network based on their credentials. From there, you can decide if that device is healthy enough to be on the network: Do they have all the right patches, antivirus updates, and firewall settings? In addition, you can assign a different set of privileges to each user in the network. Finally, you can audit that user's activity of logging in and out of the network. Besides being a Cisco NAC AAA server, Cisco ACS also performs AAA for wireless LAN devices, dial-up users, VPN users, and more.