Technologia comes through again for a Warlock Dreadsteed

One of the best things about playing World of Warcraft is the virtual friends you make. Technologia, the official unofficial TechRepublic guild, remains fairly small, but the members are extremely patient and helpful to each other. This wonderful fact was illustrated once again last Sunday evening as three members of the guild teamed up with ...

One of the best things about playing World of Warcraft is the virtual friends you make. Technologia, the official unofficial TechRepublic guild, remains fairly small, but the members are extremely patient and helpful to each other. This wonderful fact was illustrated once again last Sunday evening as three members of the guild teamed up with Elkwinkarma (my Undead Warlock) on a quest for the Warlock epic mount — the Dreadsteed.

For the uninitiated, I will give you a brief synopsis of the quest. However, keep in mind that I have been working on the early steps of this quest for the past six months or so — what happened Sunday was merely the last step of a very long and involved quest. The last step required a group to run the instance know as Dire Maul — an area infested with demons, elementals, and those that worship them. The suggested level is 56-65.

Second, in the West Wing we had to destroy five crystal pylons. These pylons powered a force-field that imprisoned a very large demon, who was placed there to prevent further rampages of death and destruction. Apparently, he needed an attitude adjustment. Each of the pylons was guarded by eight elementals and assorted mages, warlocks, and armed guards.

Once the pylons were destroyed we had to take on the rampaging demon known as Immo’thal. (See screenshot)

Once he was dead, we could start the actual Dreadsteed calling ritual. I released the Imp in a Jar that I created in an earlier part of the overall quest and it began to draw the magic symbol on the altar floor. Once the symbol was complete, I could then call forth a Dreadsteed. Unfortunately, this activity drew dozens of demons from the depths to the altar, where they went berserk and began attacking us and the totems we were using to draw the symbol. They just kept coming. For almost six minutes, we were able to fend them off. But just as the ritual was completing we all died. The ritual was complete but no one was alive to move on to the next step. (See screenshot)

However, we had the foresight to bring Nixa with us. She is a priest with the power of resurrection. After a short delay running back to the altar, we were all back at the place where Immo’thal once was imprisoned. That prison was now a portal to a different dimension where demons rule. I summoned the Dreadsteed. In order to master and control a demon of the Dreadsteed’s caliber, a Warlock must first defeat it in battle. At about the half way point of that endeavor, the owner of the Dreadsteed I summoned joined the battle. It seems he didn’t want me to have such a fine mount. But his protests were futile and we sent him back to the depths from which he came.

I am now the proud owner of a Dreadsteed — a Warlock-only epic mount in the World of Warcraft. Check out the screenshots. I want to thank the Technologia guild members who helped me on this quest: Dozark, Lisettea, and Nixa. I also want to point out that we ran Dire Maul East and West with only four people. Technically, it is designed to be run by a group of five. You guys rock — thanks. 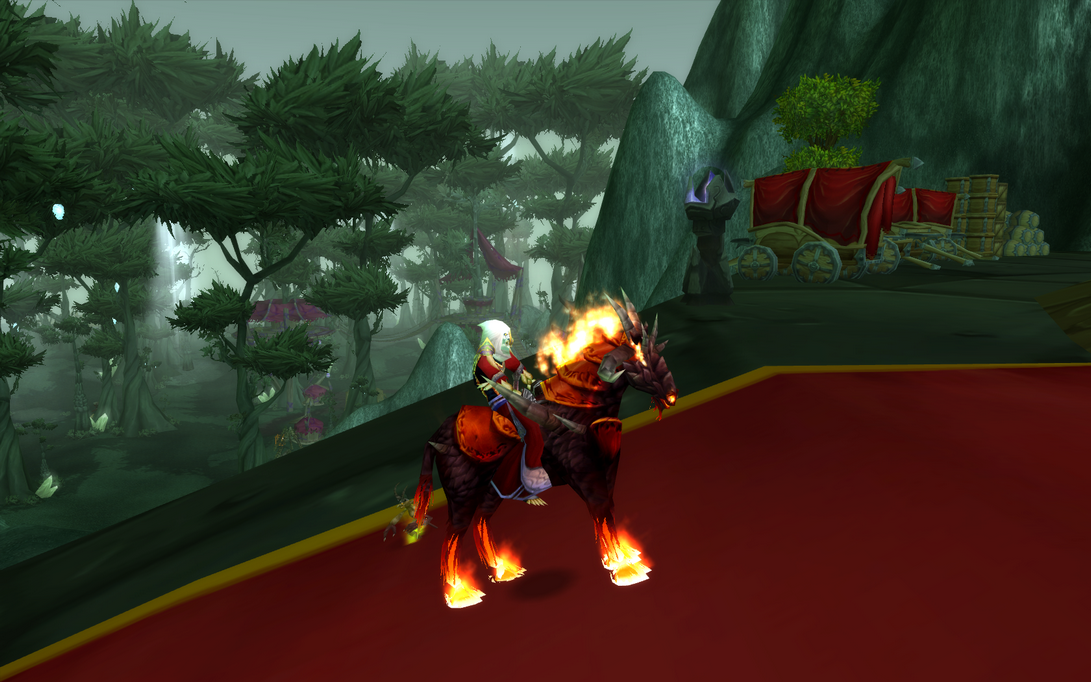 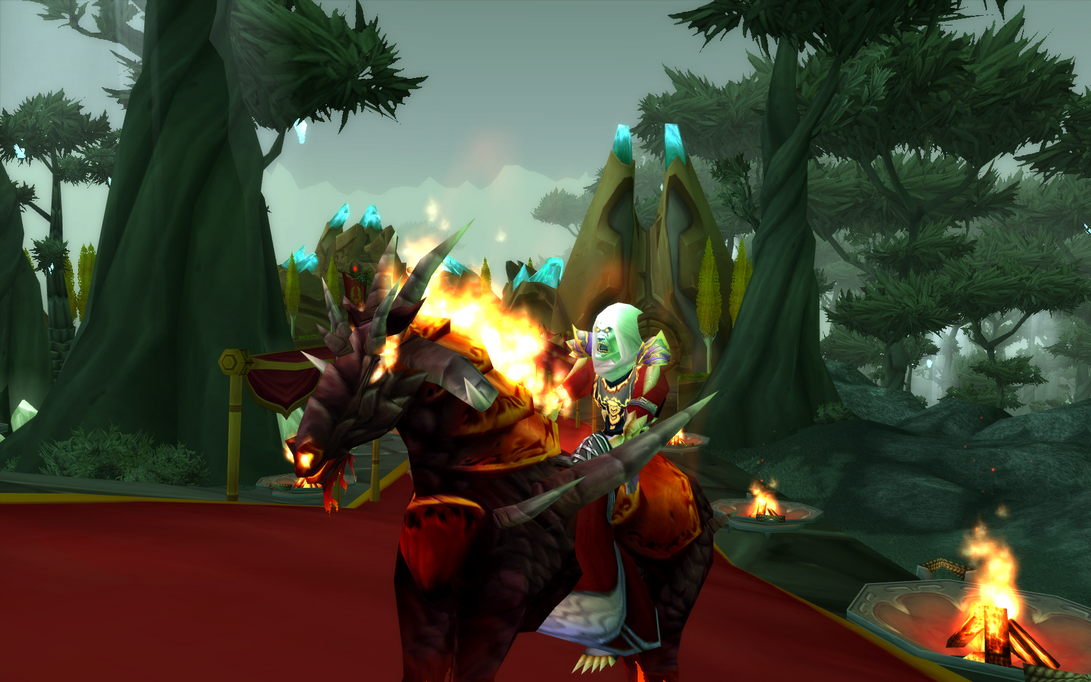 By the way, Technologia is always open to new members. The guild is about as laid back as you can get. There are no rules about what race or class you can play, no rules requiring that you train your skills a certain way. We are just there to have some fun in a MMO universe.

Share: Technologia comes through again for a Warlock Dreadsteed
By Mark W. Kaelin
Mark W. Kaelin has been writing and editing stories about the information technology industry, gadgets, finance, accounting, and tech-life for more than 25 years. Most recently, he has been a regular contributor to BreakingModern.com, aNewDomain.net, and TechRepublic.com.