The benefits of Bring Your Own Tablet initiatives

Find out why Patrick Gray believes that BYOT initiatives add some complexity to the IT environment, but you can frequently gain much more than you give up.

As a consultant, I frequently wander the hallways of larger companies. It’s not generally part of my 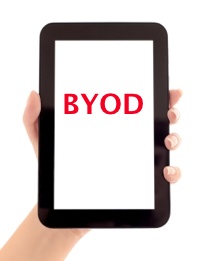 consulting work, but it’s always interesting to observe the changes in the technology the workers of the world are deploying — both systems provided by their employer and devices they bring to work on their own accord.

Bring Your Own Device (BYOD) has been all over the IT press for years, but in the last 6 to 12 months, I’ve seen the effects, even in fairly traditional companies with century-old names and brands more associated with the past than revolutionary technology. As IT leaders struggle to determine which mobile devices they should deploy as corporate standards, their users are quietly performing their own tablet evaluations and purchasing programs, bringing the results into the workplace.

The quiet IT revolution

Like many historical questions of great import, IT leaders generally fall into one of two camps — the first trying to accommodate users who want to bring their tablets to work, subject to varying rules and policies, and the second striving for outright prohibition. Increasingly, outright prohibition is being seen as a failed policy, especially since in the face of prohibition, many users opt for selecting their own IT services from free and low-cost providers, and the risks companies face simply aren’t worth it. The key question becomes what policies should be put in place that preserve the integrity of the IT environment, while allowing users the flexibility that prompted them to buy a tablet in the first place.

One of the easiest end-user wins for tablets and mobile devices is the old stalwart of email and groupware. All the modern tablet operating systems support the “usual suspects” on the email front, with the most common email platform, Microsoft Exchange, enjoying broad support. Even less popular email systems are generally supported, and it’s fairly easy for users to self-provision email and calendar access on a variety of tablets.

Mobile access to email and calendaring are easily quantified productivity boosters, and with the proliferation of smartphones, they’re generally not the most risqué of applications to allow on tablets. Email also presents a great starting point for BYOD efforts, so that you can educate your users to follow basic security standards and policies in exchange for access to corporate systems.

When speaking to users in an environment where BYOD for tablets seems especially prevalent, most acknowledge that BYOD is what amounts to a privilege, and they’ve readily complied with basic security requirements. In many organizations, this is as simple as a step-by-step web site that explains how to install any required applications and implement security settings. You should also detail what circumstances will trigger a remote device wipe and how you’ll handle personal information that’s likely on users’ tablets.

From an IT management perspective, you might perceive that IT holds all the cards, demanding that users who want access to IT’s systems must comply with all manner of requirements, however onerous. I’d suggest that this is the wrong approach. If your policies lack transparency and contain overly-restrictive elements, like device seizures without compensation, or lack clarity around what personal information you’ll monitor, you’ll likely ferment angst around IT that will only mount as personally-owned tablets become more popular.

Another nuance to most tablet-related BYOD efforts is that the users who tend to bring tablets into the workplace are usually reasonably technically savvy and fairly high on the organizational food chain. With tablets being a fairly expensive luxury, and mobile connectivity being a feature desired by up-and-comers, this is generally a demographic that can easily be made either huge proponents of internal IT or outspoken critics. In addition to gaining some fans, allowing Bring Your Own Tablet (BYOT) initiatives gets IT out of the business of purchasing, provisioning, and maintaining tablet hardware, and can let your users fund what amounts to a tablet test deployment.

Rather than alienating tablet-toting users, consider allowing easy access to basic applications like email and calendaring, plus internal web-based applications. In return for adding some complexity to the IT environment, you can frequently gain much more than you give up.

Has your organization employed BYOT initiatives? Share your experience in the discussion thread below.

Share: The benefits of Bring Your Own Tablet initiatives
By Patrick Gray
Patrick Gray works for a leading global professional services firm, where he helps companies rapidly invent and launch new businesses. He is the author of Breakthrough IT: Supercharging Organizational Value through Technology as well as the companion e-book The Breakthrough CIO's Companion. He has spent over two decades providing strategy consulting services to Fortune 500 Companies and the world's top brands across the globe. Patrick can be reached at patrick.gray@prevoyancegroup.com. All opinions are his and may not represent those of his employer.