The HP TouchPad may not be as dead as we thought. It turns out that HP's soon-to-be spun-off PC unit could throw it a lifeline.

The bizarre journey of the HP TouchPad made another unexpected left turn on Tuesday. It now appears that the product could get another chance at life from an unexpected source — HP’s soon-to-be spun-off PC business. We may soon have to name this product “The Lazarus of tablets.” 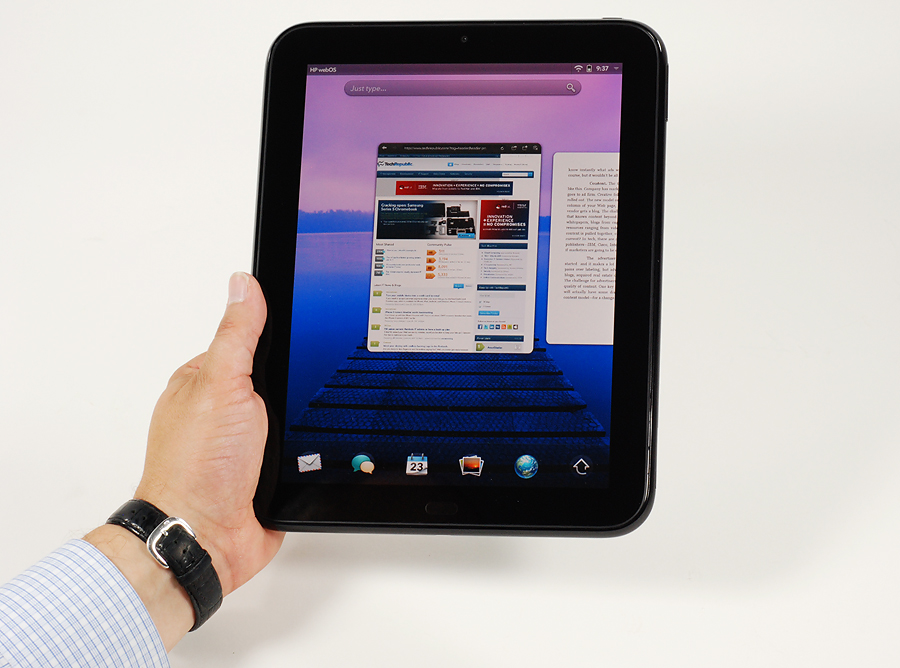 On the same day that CEO Léo Apotheker dropped the bomb about killing off the TouchPad, he also happened to mention a small little detail about HP spinning off its market-leading PC business into a separate public company since it doesn’t make enough profit to satisfy Apotheker or the company’s shareholders.

The head of the Personal Systems Group (PSG) — that’s what HP calls its PC business — is in Asia this week trying to calm down a lot of HP partners and customers and assure them that HP isn’t just folding the PC business, as a lot of people incorrectly assumed when they first read the news.

PSG chief Todd Bradley told Reuters on Tuesday that it’s unlikely HP would sell off the PC unit to a rival such as Acer or Lenovo. Instead, Bradley expects that HP will spin off PSG into a separate public company and that he will lead the transition and become the CEO of that new company.

“A standalone company could and will do what’s most required to drive value for shareholders and partners,” said Bradley.

Reuters also reported, “Bradley said the company could resurrect HP’s short-lived TouchPad tablet computer, which was introduced on July 1 before being terminated only about six weeks later.”

In the interview, Bradley stated, “Tablet computing is a segment of the market that’s relevant, absolutely.”

Clearly, Bradley and other HP executives have watched with interest as the TouchPad immediately turned into hot-seller when the price was slashed to $99 following the announcement of its demise.

The challenge, of course, will be timing. It could take a year before PSG is spun off into its own public company. HP’s board won’t meet to decide its ultimate fate until December. In the meantime, the uncertainty will likely cause HP to lose a lot of its best talent in tablets and WebOS. It will also cause a lapse in product development that could doom any future efforts — unless Bradley is orchestrating something behind the scenes to secretly keep the WebOS trains running while the current transition plays out.

Share: TouchPad lives! HP’s spin-off PC unit may resurrect it
By Jason Hiner
Jason Hiner is Editorial Director of CNET and former Editor in Chief of TechRepublic. He's co-author of the book, Follow the Geeks.