Use breadcrumb navigation in Vista instead of the Up button

In this edition of the Windows Vista Report, Greg Shultz briefly examines our continued reliance on the Up button as a hard disk navigation tool. He then explains how Microsoft Windows Vista’s breadcrumb navigation system works and shows you how to take advantage of it.

As you probably know by now, I’m always on the lookout for great gadgets or PowerToy-like utilities that you can add to Microsoft Windows Vista to enhance the operating system. While on a recent utility search operation, I encountered a number of programs that were designed to add an Up button to Vista’s Explorer interface.

While at first glance I thought that such a tool might be an operating system enhancement, I quickly reconsidered. In fact, I began to think that such a tool would actually be detrimental, in that it would prevent users from using Vista’s breadcrumb navigation system.

Then it hit me that the reason such a tool would exist in the first place was that users might not realize how much better a navigation system the breadcrumb is when compared to the Up button. Furthermore, adding an Up button to Vista could be viewed as a waste of space and resources as it is actually duplicating a feature that is already built in to the operating system.

In this edition of the Windows Vista Report, I’ll briefly examine our reliance on the Up button as a hard disk navigation tool. Then, I’ll explain how Vista’s breadcrumb navigation system works and show you how to take advantage of it.

It’s no wonder that there are a lot of tools out there designed to add an Up button to Vista’s Explorer — we’ve all come to rely on it as a navigation tool in the Windows operating system and now it’s gone. Ever since Windows 95 made its debut, the Up button has been near the top of the Explorer interface, as illustrated in Figure A, and we’ve all just gotten very used to using the Up button as an easy way to move up the folder tree structure one folder at a time. 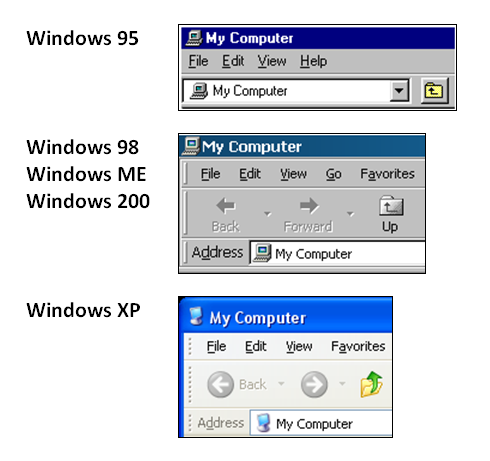 The Up button has been a part of Explorer’s navigation system since Windows 95.

As such, when Windows Vista appeared on the scene with its new GUI features, the missing Up button, as shown in Figure B, caused a bit of anxiety when we accessed Windows Explorer or Computer. So it’s just natural that we’d want to add it the first chance we got. 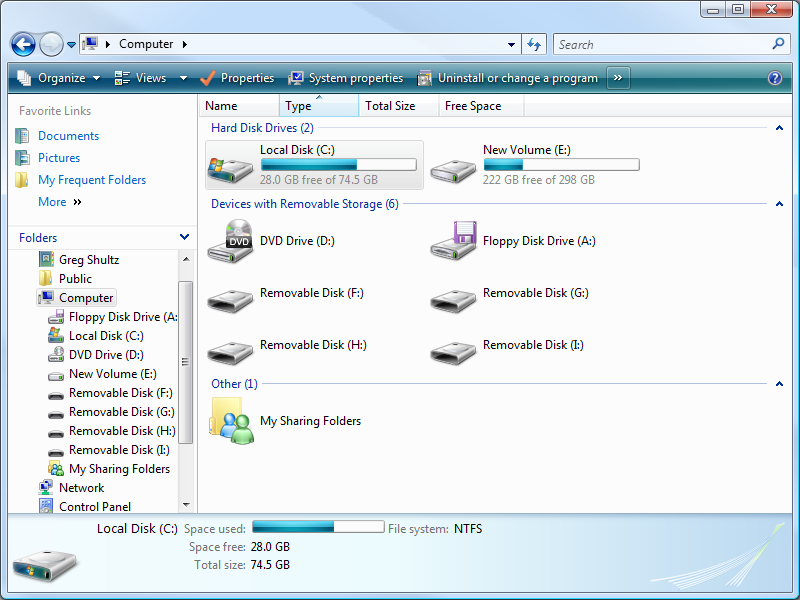 Windows Vista’s Explorer interface no longer contains the Up button.

Of course, when something that is so heavily relied on goes missing, someone is going to come up with a way to replace it. However, even though the absence of an Up button may seem to be a chink in the Vista operating system, it’s really not. In fact, once you get used to it, you’ll discover that the breadcrumb navigation system offers the same capability as the Up button and much more. As soon as you do, you’ll quickly forget about the Up button.

For example, a typical breadcrumb navigation system on a Web site may look something like this:

In this case, you’ve click through several pages to get to the Article page. At any time, you can move to any of the other pages in the breadcrumb navigation system simply by clicking its name.

Now, if you look at the example Windows Vista’s Explorer window, shown in Figure C, you can see the same type of navigational system in the Address bar. Each folder that I’ve navigated through is shown in the Address bar separated by a forward arrow.

Once you begin to use

As you can see, not only does this system allow me to easily move up one folder at a time, it also allows me to move up multiple folders with just one click. If I were using an Up button, it would have taken me four clicks to move up from the Text Files folder to the Computer folder. That makes the breadcrumb navigation system more efficient.

As I mentioned, in addition to providing the same capability as an Up button, Vista’s breadcrumb navigation system offers other features that make it more valuable. For instance, you can use it to move, or drill down, through your file structure. As you can see, in between each folder name in the Address bar is a forward pointing arrow. Well, if you click on any one of these arrows, it will instantly turn into a drop-down list showing you all the folders directly below the one you currently have open, as shown in Figure D.

Better still, once you click an arrow, you can simply hover over any one of the arrows in the breadcrumb path and see a drop-down list showing you all the folders directly below that one, as shown in Figure E.

Once you activate the drop-down menu feature, you’ll be able to see all your navigation options with a simple hover operation.

What do you think about the breadcrumb navigation system?

Delivered Weekdays
Sign up today
Share: Use breadcrumb navigation in Vista instead of the Up button
By greg shultz
My first computer was a Kaypro 16 \"luggable\" running MS-DOS 2.11 which I obtained while studying computer science in 1986. After two years, I discovered that I had a knack for writing documentation and shifted my focus over to technical writing.