Using Outlook 2011 on the Mac with Google Apps: Down the rabbit hole

While being able to use several email clients to connect to Gmail may seem to be a benefit, one company's experience exposes some complex problems.

Several desktop email clients can be used to connect to Gmail. However, this benefit can come with an unexpected price tag in the form of complex problems. Here’s the warning tale of one company’s experience using Outlook 2011 with Google Apps.

The Gmail web-based interface is one that requires some getting used to – even Google admits that. For those who would rather use a familiar email program instead, there are a number of options; Outlook, Apple Mail and Mozilla Thunderbird (Mozilla is shifting gears away from Thunderbird development, but this client will still continue to work indefinitely). In fact, any IMAP or POP mail program will work with Google for email, but Outlook for Windows has the best advantage thanks to a program called Google Apps Sync which can handle synchronization of email, calendar, contacts and notes.

The purpose of today’s article isn’t to advise you on how to configure these clients, but rather to discuss some interesting issues we found using this type of setup. Here is a good article with instructions on how to set up these programs if you’d like to pursue this direction.

Outlook for the Mac

Outlook 2011 for the Mac isn’t one of the email programs referenced in the above link, nor is it officially supported by Google (there is no Google Apps Sync for the Mac). In some cases non-supported applications will still work fine if you have know-how and luck; in other cases some very unique problems can develop. My company found the latter scenario not long ago.

We were engaged in a trial Google Apps rollout (Part I and Part II of the articles discussing the particulars of the migration). One of my users, Jill, has the sole Mac in the organization (as well as an iPhone and iPad). Since she was familiar with Outlook 2011 – which had connected beautifully to a local Exchange server – we opted to see what was involved with allowing her to use Outlook 2011 to connect to Google Apps. She could also use the Apple Mail client, but preferred Outlook 2011.

We found out that some MacGyverish maneuvering could theoretically be used to get mail, calendar and contacts working on the Mac and talking back and forth between Google servers.

We did this as follows:

Figure A shows a diagram of how this set up worked.

This meant Jill could use Outlook 2011 for email and contacts while utilizing iCal for her calendar items. In all three instances the data would be copied back and forth between Gmail and her Mac. Note that the Mac Address Book is sort of the highway for contact transmission; it was decided that Jill should update all contacts in Outlook 2011 so they could then be copied to the Mac Address Book, Google, and her iPhone/iPad.

After we conducted the migration all seemed well at first. Jill’s emails and calendar items were present and available in Outlook 2011 and iCal, respectively. She had about 5000 contacts, and these existed in the Mac Address Book and Outlook 2011. One happy outcome, right? Wrong. Cue the scary bass music.

A few days later Jill contacted me to report she suddenly had over 100,000 contacts! As it turned out, something eerily akin to a Gemino Curse from the Harry Potter universe was afoot.

I found multiple entries of many contacts, and one apparently bad contact in particular; it seemed a corrupt item had spawned itself over and over again. It was hard to tell what the exact issue was. Maybe the Mac Address Book kept copying those entries to Outlook 2011 or it was sending them up to Google. Possibly Outlook 2011 was duplicating these contacts to the Mac Address Book like an assembly line gone haywire. Most likely, something was sending the bad contacts in BOTH directions, in an exponential algorithm akin to 2x2x2x2x2x2.

I cleaned up the duplicate contacts in Jill’s Gmail account, using the “Find and Merge Duplicates” option. This had to be rerun several times, but eventually the 100K contacts were reduced to the original 5000 or so. I then located the corrupt contacts and removed those, along with a few others that looked questionable.

Outlook 2011 had no such duplicate removal option; I had to delete all the contacts manually. There is a product called Scrubly which claims to be able to remove duplicate contacts in Outlook 2011 but we opted not to pursue it for what we hoped would be a one-shot fix.

We went through the duplicate contact removal steps, but this time left Outlook 2011 out of the mix, choosing to use only the Mac Address Book. If the duplicates returned, we’d know this was the source of the issue. Sure enough, they did.

What was next? I ran through the same process as above to remove the duplicates, but left all contact synchronization off. Research indicated a logjam in ownership of this issue. In a nutshell, Google, Microsoft and Apple denied responsibility for any problems using Outlook 2011 with Google. I’d come across some discussions of this before we started down this road, but since other comments indicated people were able to get this to work we felt it worth pursuing.

We knew Apple Mail could be used instead of Outlook 2011 for email, but email wasn’t the problem – that was working fine. Contact synchronization was crucial to Jill as part of her business operations, especially given the frequent changes in these items. 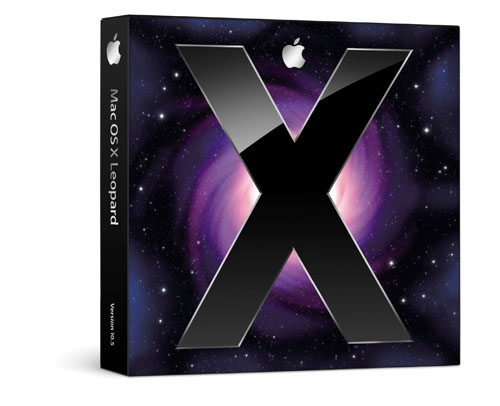 Finally I suggested a third party product called Spanning Sync which claims to accomplish what we wanted to do. Instead Jill voiced her decision to move her mail, calendar and contacts over to a dedicated Apple me.com account and use iCloud for the synchronization of all elements. It wasn’t so much that she felt Google was inadequate, but she was looking for an “all in one” solution.

We took care of this, and set up forwarding from her Google account to her me.com account. She was aware of the difficulties maintaining two email addresses, including replies from each, and opted to notify her contacts that her me.com address was her new primary address; any emails forwarded to her from her Google Apps account could be replied to from the me.com account without concern.

In the end you could argue we were spared further incidents via a “deus ex machina” stroke of luck, since Jill had been seriously considering an all-Apple environment for her technological needs anyhow. Looking back I don’t believe the issue was the fault of any one entity, but rather a “perfect storm.”

When trying to get connectivity established between disparate applications and services a grey area exists between the organizations involved. Is it up to Apple to figure out where the issue with the Mac Address Book and Google synchronization? Was it Microsoft’s fault for not providing a way to connect Outlook 2011 to Google via an Exchange link, the same way Outlook for Windows can? Does Google get a slice of the blame for not supporting the Outlook 2011 client or are they to be praised for their wisdom in keeping their hands off the matter? Was the problem caused by the number of Jill’s contacts and some issue such as a bad field buried among one of them?

These are questions that could be debated endlessly. This was a good lesson of the necessity to simplify as much as possible, to eliminate as many variables and potential leaks in the communication pipes. Ultimately we didn’t find a solution, but we found a workaround, and keeping the wheels of the business turning was the ultimate goal.

Delivered Weekdays
Sign up today
Share: Using Outlook 2011 on the Mac with Google Apps: Down the rabbit hole
By Scott Matteson
Scott Matteson is a senior systems administrator and freelance technical writer who also performs consulting work for small organizations. He resides in the Greater Boston area with his wife and three children.