What the Big Three’s announcements mean for CIOs

When Apple, Microsoft, and Google speak, CIOs tend to listen. Patrick Gray weighs in what the recent news from the Big Three mean for CIOs.

It has been a big few weeks for the IT industry, with heavyweights Apple, Microsoft, and Google all making major product announcements to great fanfare. From skydiving and bicycle jumping, to coyly worded “mystery announcements,” a healthy dose of showmanship accompanied a raft of new and enhanced technologies that could dramatically impact enterprise IT. Here’s my take on what these companies outlined, and what it means for CIOs. 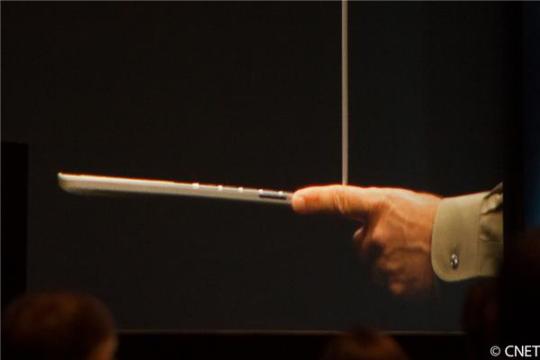 Apple announced some hardware refreshes that were expected, with popular notebooks gaining improved specifications. The hardware standout was a high-resolution (and high priced) MacBook that, despite the superlative-laced fawning, doesn’t represent much of an impact for most CIOs.

The big news was Apple’s latest mobile operating system, iOS 6. For CIOs, the most interesting aspect of iOS 6 is Apple further distancing itself from Google with the introduction of an in-house mapping product. This escalation in the battle between Apple and Google might seem innocuous, but I’m concerned that this growing rift between the companies will do more harm than good to enterprise customers and consumers. While mobile mapping might not be a critical application to your company, Apple risks losing its laser-like focus on building successful products by attempting to “out Google” its competitor on everything from software, to search, to patent infringement lawsuits.

What was missing from the announcement was the unveiling of the next iPhone, which is now expected in the fall. Speculation abounds about the device, but for CIOs the biggest concern will be the lines of employees sporting Apple’s latest and looking for connectivity to corporate resources.

Recent weeks have demonstrated that the full sound and fury of Microsoft is focused on the mobile space. In addition to more revelations about Windows 8, Microsoft announced a new version of its Windows Phone software, as well as a pair of Microsoft-branded tablets. Microsoft is promising that all devices in the Windows family are moving toward code-compatibility, so an all-Microsoft environment that allows CIOs to deploy one application to phones, tablets, and desktops is compelling and something to watch.

Microsoft’s oddly-named Surface tablets should give pause to wide-ranging iPad deployments, and from my perspective it’s good news to see Microsoft finally deliver an integrated tablet experience after years of substandard devices. If Microsoft can’t do it right, then Windows on a tablet will likely never gain acceptance.

Microsoft seems to be at its finest when playing catch-up, and I hope its efforts in the mobile space will resemble initial successes with products like Internet Explorer and the Xbox. However, Microsoft has yet to beat Apple at its own game. For CIOs, this will represent some uncertainty as these two companies battle in the mobile space, but a few years of rapid innovation should be the result. I would be targeting a device-agnostic mobile strategy at this point, focusing on web- and cloud-based applications that will be effective whether there’s an iPad, Surface, or Android slate in every briefcase.

I found Google’s announcements the most interesting of the three companies. Apple seems to be in a cycle of refining and improving existing products, Microsoft playing the role of hungry upstart, and Google out in left field somewhere, marching to its own music.

Google’s major announcements consisted of refinements to its Android mobile OS, including a low-cost tablet that will ship with the new software, and a demonstration of the more mercurial Google Glass project. The former is largely irrelevant unless you’re already committed to the Android platform. Hardware costs are a relatively small portion of an enterprise tablet deployment, thus this product seems more targeted toward consumers. Regarding Google Glass, depending on to whom you talk, this will either revolutionize enterprise computing or show Google’s hubris and serve as a costly distraction.

For the “lost Google” camp, it was especially telling that the Glass demonstration interrupted a presentation on Google’s new cloud computing platform, designed to compete with Amazon’s EC2. The argument goes that Google would rather play with a high-tech toy than concern itself with boring enterprise products, not a comfortable theory for the CIO. Equally vocal Google watchers envision an enterprise filled with Google Glass-equipped employees, from a shop worker performing a QI check that appears in his glasses to the board member pulling up quarterly numbers with a quick voice command.

I personally fall into the latter camp, and see Google’s efforts in things like Glass and autonomous cars as a space program of sorts: highly costly and not directly beneficial, but likely to produce a raft of helpful spin-off technologies. CIOs, however, need to gauge their comfort with a company that’s likely to produce bleeding edge innovations but equally likely to cancel and modify products very rapidly. For a smaller, more nimble, or highly adaptable organization, Google could present a great enterprise provider.

We’re in for an exciting fall season, as many of the above announcements move from a flashy stage to your desktop and pocket, with the additional wildcard of a new phone from Apple. If you have the feeling you’re on a roller coaster, you’re likely not alone, and I would strongly urge you to identify a few people in your organization who love bleeding edge technologies and ask them for quarterly briefings on the continued antics of the Big Three.

Delivered Weekdays
Sign up today
Share: What the Big Three’s announcements mean for CIOs
By Patrick Gray
Patrick Gray works for a leading global professional services firm, where he helps companies rapidly invent and launch new businesses. He is the author of Breakthrough IT: Supercharging Organizational Value through Technology as well as the companion e-book The Breakthrough CIO's Companion. He has spent over two decades providing strategy consulting services to Fortune 500 Companies and the world's top brands across the globe. Patrick can be reached at patrick.gray@prevoyancegroup.com. All opinions are his and may not represent those of his employer.