Why Googorola could mean faster enterprise adoption of Android

The combination of Google and Motorola may be just the catalyst required to make Android devices acceptable in the enterprise.

As usually happens when a big tech news story hits, there are waves and cycles of reaction, reactions to the reactions, and noble attempts to curate all the discussion. Google’s plan to buy Motorola Mobility for $12.5 billion was a nearly perfect example. The reactions went something like this:

Reading the New York Times’ piece on how app makers are reacting, it’s fair to say that we’re in the late stages of curation, with some parties seeing the Motorola acquisition as a bold, risky, but ultimately stabilizing force for Google’s products – especially Android.

The Times’ piece presumes that Google will do with Motorola what many expect it to do: create standard-setting, top-of-the-line phones that can keep up on the hardware side with Google’s rapid software revisions.

App developers would appreciate seeing standardized hardware features, semi-consistent resolution and screen parameters, and, perhaps most of all, fewer problems from trying to make their software work on older versions of Android which are still available on phones being actively sold by carriers. The story leads with an example of a mobile dating app that asks users to “bump” phones to trade information, which doesn’t work so hot on phones made by major Android partner HTC.

But the key quote comes from a developer that works with big firms that have stuck their toes in the Android enterprise market:

“This is a great move for Google to get into the hardware side. It stands to help developers a lot,” said Dave Swartz, co-founder of Medl Mobile, which has 55 employees and has built apps for, among others, Monster.com, Kaiser Permanente and Emirates Airlines. He and others said that working with Motorola might help Google understand how to make Android work better with all kinds of hardware.

As pointed out later in the piece, Google’s close relationship with Motorola – technically run as an independent entity, but nobody’s imagining a steel curtain between the two – doesn’t mean that other manufacturers like HTC, Samsung, and LG won’t continue to be hit-and-miss in supporting newer Android standards. But if Google and Motorola can lead the market with phones that appeal to consumers, and especially deep-pocketed enterprise firms, that may change quickly. 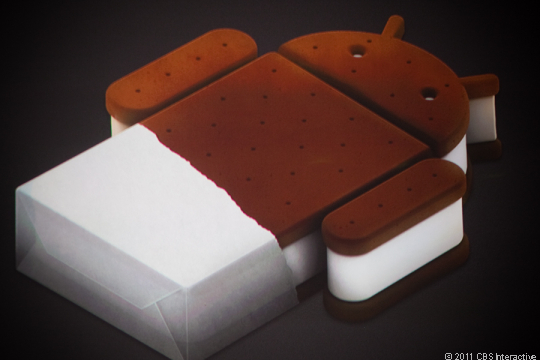 It’s even more promising that the next major Android release due out, Ice Cream Sandwich, standardizes the Android interface and many of its features across phones and tablets. It also builds in features for hardware, like front-facing cameras or Near Field Communication (NFC), which allows phones to be used like wallets in purchasing goods and picking up coupons. With tablets and phones running much the same interface, and with the maker of Android having a direct pipeline to a leading hardware maker, businesses can be a bit more assured of long-term support and regular hardware updates.

That’s not to say that Android is suddenly going to be the belle of the ball among enterprise hardware buyers. Its encryption offerings doesn’t match up to RIM’s BlackBerry line, its Exchange support will never quite be what Microsoft’s Windows Phone will offer, and it’s only inching its way toward the iPhone in pick-up-and-use elegance. But with a bit less entropy in the hardware pipeline, and a chance to unify and promote their platform that’s recognizable on any phone, Google, Motorola, and Android are starting to look more natural in a suit and tie.

Share: Why Googorola could mean faster enterprise adoption of Android
By Kevin Purdy
Kevin Purdy is a freelance writer, a former editor at Lifehacker.com, and the author of The Complete Android Guide.