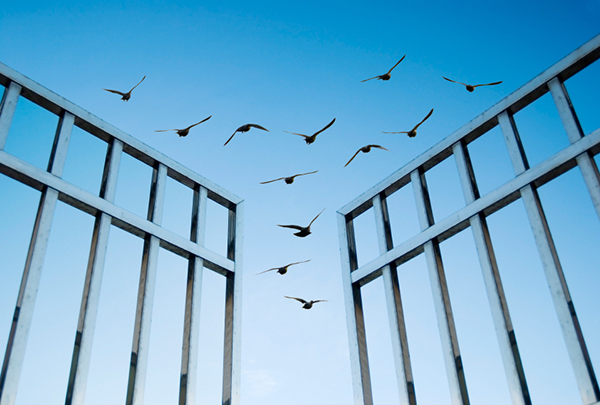 Technology depends upon Innovation. Without boundary-pushing ideas, technology (and those who depend upon it) would get nowhere. Innovation also drives businesses and society. Many people assume that most innovation is derived from closed source software and developers. That assumption is, in many instances, very wrong.

OpenNebula has a goal: to offer standards-compliant, virtualized enterprise data centers. But OpenNebula doesn't believe in the one-size-fits-all mantra of many data center providers, nor does it produce turnkey solutions. The driving force behind OpenNebula is evolution. At the core of this project is a management layer to help automate and orchestrate the operation of data centers. This is achieved by leveraging and integrating existing technologies for networking, storage, virtualization, monitoring, and/or user management. OpenNebula will do everything it can to provide cloud builders with a modular system that can be used to implement a variety of cloud-based architectures.

Ubuntu Unity may not be everyone's desktop of choice, but there's no denying that it has seriously challenged the way users think about and use the desktop interface. In fact, the Unity Dash search feature is already starting to find its way into Windows 8. The whole of Unity itself is also helping drive a sort of melding between desktops and mobile devices. The need to have one interface to rule them all will eventually extend its reach onto more and more platforms.

OpenClinica is the world's first open source clinical trial software for electronic data capture (EDC) and clinical data management (CDM). In just a few years, OpenClinica has become the most highly adopted clinical trial software. It has been built with open standards to make clinical research possible in more than one hundred countries. It's a modular solution and offers both a Community and Enterprise edition.

OpenStack is an open source cloud operating system that allows you to control the different systems it has created: Compute (provision and manage large networks of virtual machines), Storage (object and block storage for use with servers and applications), and Networking (network and IP management). All control and management is done through a single user-friendly dashboard, where you can provision and automate cloud-based resources.

Kitware is a company committed to open source development. Currently, it has created software for software process, scientific computing, computer vision, medical computing, informatics, and data management. It is well known for major contributions to the VTK, ITK, Cmake, and ParaView projects and has made its mark by creating a cross-platform software process to enable open source tools to thrive. Kitware also provides custom consulting services to support a wide range of endeavors. It's constantly pushing the envelope and using open source tools in data mining/mapping for a number of fields. Out of this, Kitware has created a number of tools, such as Visomics,

OpenDaylight is a community-led, open source framework to enable the creation of innovative, transparent software-defined networks (SDNs).  With an SDN-deployed network, you need the right tools to help you manage the infrastructure. That's where OpenDaylight comes in. At its core, OpenDaylight has a modular, pluggable, and flexible controller contained within its own Java Virtual Machine (JVM), so it can be deployed on any platform that supports Java. This controller contains a collection of modules that perform much-needed network tasks.

ForgeRock has created an open identity stack to redefine identity and access management across enterprise, cloud, mobile, and social environments. By leveraging open source, ForgeRock's OIS can work with multiple APIs to ensure seamless identity and access management across platforms. ForgeRock offers the only all-in-one open identity stack on the market and has a very active community that is constantly fixing bugs in the code. And by keeping the software open, ForgeRock maintains a transparency that proprietary software can't achieve.

Facebook Open Compute is set on hacking the conventional computer infrastructure. Long ago Facebook decided to create one of the most efficient computing infrastructures at the lowest possible cost. That project has developed open specs for storage, motherboards, racks, virtual I/O, compliance and interoperability, hardware management, and data center design.  Considering what Facebook has achieved for itself here, the world's data centers should jump on board.

Hadoop is a project associated with Apache that allows for the distributed processing of large data sets across clusters of computers. Hadoop is designed for anything from a single server to thousands of machines. With Hadoop, you don't depend upon hardware to deliver high availability -- you get that from the software itself. The Hadoop library was designed to detect and handle failures at the application layer. Hadoop can handle petabytes of structured and unstructured data.

Android can't be denied now. The open source mobile platform has pushed every boundary possible in the mobile landscape. Up until Android arrived, iPhone, Blackberry, and Palm were the only names in the smartphone game. When Android appeared, both Blackberry and Palm took major hits and finally fell off the face of the planet or were relegated to niche markets. Now Android is constantly redefining how the mobile device is used. Factor in the fire Android has lit under the complacent feet of the competition and it becomes clear who is leading innovation in the mobile space.