If workplace decorum (or career survival) requires you to speak politely about an obnoxious colleague, a little careful rephrasing can come in handy.

You see them, you hear them, and worst of all, you must work with them. They are the people whose traits drive you crazy or make you despair about going to work. Yet talking frankly about their unbearable habits could get you into trouble. So here are some examples of the positive spin you can put on those negative qualities. And yes, I too have run into all of them.

This character never picks up the check when you go out to lunch or chips in when a co-worker does the candy sale fundraiser for a child's school or sports team. You have also heard that this person never wants to drive relatives when family gatherings occur, always preferring to walk instead.

The spin: The Cheapskate is "second to none in being able to manage money" and is "frugal." Most important, this person is "someone who cares deeply about the environment" and "demonstrates by deeds a concern over climate change." 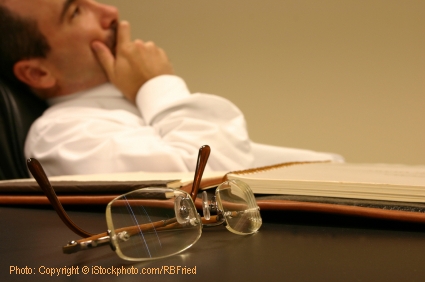 This person is still composing the inquiry report into the sinking of the Titanic.

The spin: The Slowpoke "is extremely methodical in his/her work," "reflects deeply on every assignment," and "always takes extra time to make sure that things are right."

This boss never leaves you alone but rather is always looking over your shoulder. The Micromanager gives you no autonomy over your job or the project.

The spin: This person "stays involved with things," "is detail oriented," and "likes to have hands-on involvement."

This person would watch highlights of Super Bowl XLII, look at the David Tyree fourth-quarter last-second catch, and dismissively say, "What a fraud; no 'real' player uses his helmet to catch the ball."

The spin: This person "has high standards" and "always demands more out of co-workers, associates, and subordinates."

You might approach this person when you're doing fundraising so your child's band or sports team can travel to London. Unlike The Cheapskate (who avoids the matter altogether), this person freaks out, maybe even making assorted snide remarks.

The Spin: You could describe this person as "always willing to give an honest opinion." Or you could say this one "always knows where things stand."

The spin: The Negativist "keeps things real," "doesn't let us have unrealistic expectations," and "always makes sure that we are realistic in what we are planning."

In his hit song "The Breath You Take," George Strait sings of a young boy who looks up from second base during a ballgame and is surprised to see his father in the stands. If that father were "The Critic," he would castigate his son afterward for not hitting a home run, or even a triple, but only a double.

The spin: The Critic might be described as "open with his/her opinion," "unafraid to make views known," and "always willing to offer suggestions."

If this person were living in Newcastle, he or she would buy coal on the advice of a vendor.

The spin: You could say that The Gullible One "believes in other people" and "is always willing to give others the benefit of the doubt."

This is the person who puts smiley faces on everything. The Pollyannist is great most of the time, but that perpetually sunny attitude can become really annoying.

The spin: This person "knows how to see things in a positive light" (and in fact can write about it for TechRepublic).

10: The Unbearable Boss of Your Spouse

If you attend social gatherings that involve your spouse's employer, watch out for landmines. You don't know your spouse's co-workers nearly as well as your spouse does. Be particularly careful around your spouse's Unbearable Boss.

The spin: To be on the safe side, you might say to The Unbearable Boss, "[Spouse] talks about you all the time" or "I've heard so much about you." Then change the subject quickly.

What annoying characters do you have to deal with at work? Have you found a positive and tactful way to describe them or do you just speak the unvarnished truth about them?

Calvin Sun is an attorney who writes about technology and legal issues for TechRepublic.