Will Windows 8 be a hit with consumers? Maybe. Here are a few things that could win them over. 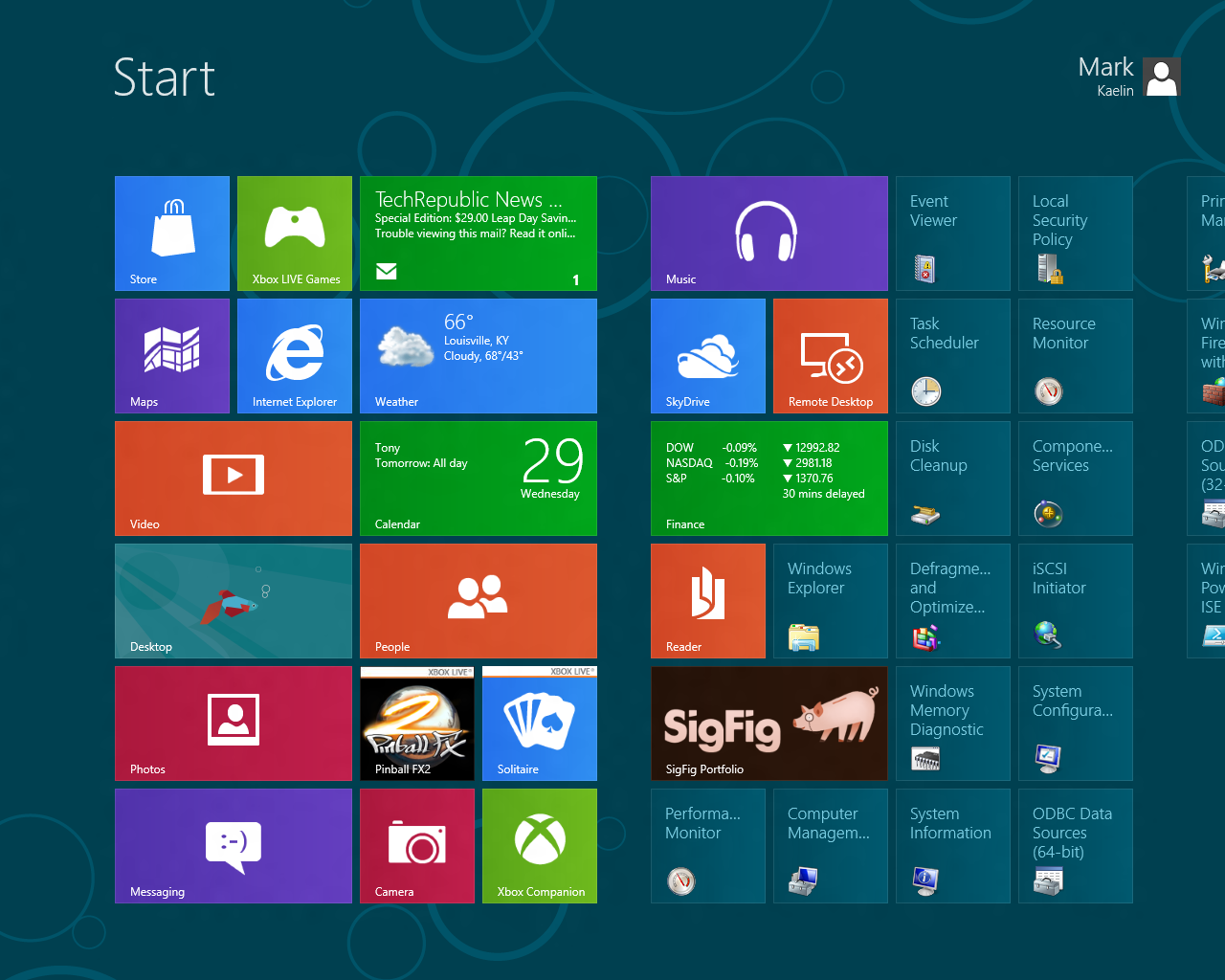 We have talked a lot about how Windows 8 will mean significant changes for software developers and how Windows 8 will affect (or not affect) businesses. But it's important to keep in mind that plenty of Windows computers get sold directly to consumers, and those are the sales that are most likely threatened by non-Windows devices right now, like smartphones and tablets. Here are some Windows 8 features that consumers may find interesting.

One of the things that struck me about Windows Phone 7 was just how many games were quickly brought over from Xbox Live. Windows 8, with a similar infrastructure under the hood, looks like it will be the same way. I have always been a sucker for unique, quirky games, and by bringing the Xbox Live game set over, we should see lots of those for a low cost on Windows 8.

Tablets may not be for everyone, but if you are or may become a tablet user, Windows 8 has appeal. It is tough to see how you wouldn't want to consider a tablet that can potentially run all your existing applications (assuming you get an x86/x64 tablet). Microsoft has worked hard to give Windows 8 a touch-friendly UI, and having used the MetroUI on a Windows Phone 7 device for more than a year now, I think it is a great touch system. I'm eager to use it on a tablet.

Windows 8 integrates messaging from common providers like Facebook, Live, and Twitter into one spot. It is nice not to have to go to different Web sites and leave a page open to monitor various data streams or get a bunch of third-party applications to do the same. The integrated messaging system is very slick and builds off of the unified contacts system. This is another feature borrowed from Windows Phone 7, and it is a great one.

Windows has had an official app store in the past, though it was not terribly obvious and few people used it. With Windows 8, the app store is hard to miss. Not only is it the easiest way to load Metro applications onto Windows 8 devices, it will handle updates automatically too. The days of having out-of-date software or dealing with a zillion update applications is finally over! And if you need to replace a machine, there's no need to dig up piles of installation discs or remember what apps you installed and downloaded from what sites and hope you still have serial numbers -- you can easily reinstall them from the store.

The WinRT API that Metro applications are built on top of is designed to severely limit what Metro applications can do to the underlying system, as well as to user data and with each other. Internet Explorer running in Metro (but not the traditional Desktop) will not allow third-party plug-ins to run at all, either. This may be a curveball for developers, but for users it means that the risk of malware is significantly decreased. It will be very tough for applications to damage the system or affect user data maliciously or inadvertently.

Microsoft has been moving more and more of its systems to the Metro UI. With Windows 8, all the big form factors (PC, phone, tablet, and video game consoles) will be using the same UI principles and styling. That makes it a bit easier to get a handle on how to use new devices and new applications across platforms.

Built into Windows 8 is cloud-based synchronization. By signing into a Windows 8 machine with a Live ID, all sorts of unified data is available across devices. For example, when I signed into a fresh Windows 8 Consumer Preview installation, all my Twitter, Facebook, and Live Messenger accounts were immediately established because I use the same Live ID on my phone. Changes I make to this data will instantly be reflected across the board as well. That's pretty nice. It is especially helpful when replacing a device, because you don't have to reestablish all these connections or re-import (or re-create) data.

8: Integration with services and applications

As I've mentioned, there is some neat integration around messaging and data in Windows 8. The integration goes much deeper, though. For example, My Pictures in Windows used to be nothing more than a directory that got special treatment from Windows Explorer. Now it has the notion of Albums and Libraries, which represent where the pictures come from. Services like Flickr and Facebook are integrated by default as Libraries, and third-party applications can tap into this functionality as well.

Likewise, the People Hub collects information about people you know from a variety of sources (Facebook, email accounts, LinkedIn, etc.) and puts it all in one place. Instead of an application-centric view of data, Windows 8 presents a data-centric view, minimizing the number of places you need to go to get access to data, while at the same time increasing the number of places it can be used.

Windows Phone 7 gets a lot of kudos for its excellent email client. This email client has been brought over to Windows 8 and scaled up to the larger screen size. Unlike some previous versions of free email clients bundled into Windows, it is quite capable and for many people will be a significant upgrade. Like other parts of Windows 8, it provides a concentration of data from different places (in this case, email accounts) and presents a unified view that makes it easy to work with and respond to emails.

One of the key things in Windows 8 is that if you stick with Metro applications, it is a very simple system to deal with. Power users will not necessarily be thrilled about losing the control that they are used to (although they can still have it if they head to the Desktop on x86/x64 machines). But those who just want to sit down and "get stuff done" will appreciate how the OS gets out of the way and lets you do what you want to do.

Things like the highly reduced maintenance of applications (thanks to the app store), concentration of all email in one place (rather than the need for a native client and a few Web clients), and messaging add up to a simplified experience. You're no longer switching between dozens of applications and Web pages but working around a small number of Hubs on the system based on your current needs. It is a refreshing change from the current overload of system tray notifications, buzzers, noises, and flashing taskbar icons that typify the current Windows system.

Do you think the features covered here will be enough to win consumers over to Windows 8? Jump into the discussion and share your opinions with other TechRepublic members.

Turn to these must-read primers to get the skinny on the hottest tech topics, strategies, and analyses. Delivered Fridays