Here are several solutions for getting OSX and NTFS systems to work together. 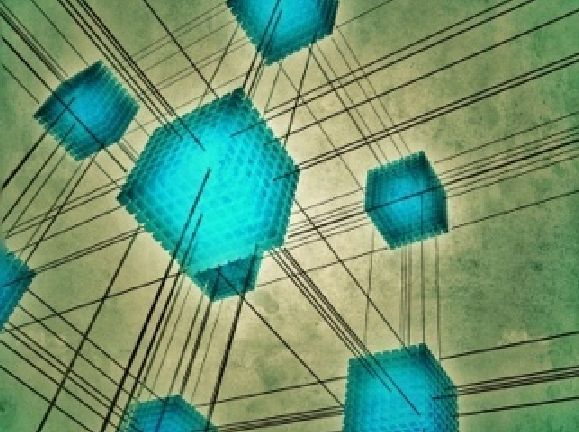 Apple's ecosystem is arguably, a wonderful thing. Its walled garden as it is commonly referred to, is both one of its best security enhancements and also one of the most scorned features. The truth is that Apple's tight control over all aspects - from production to UI - all stem from one of the company's long held beliefs "...believe in the simple, not the complex". It is this same belief that allows such ease of use and cross-pollination across all their product lines...but what if you must use an alternate device or operating system?

It is this walled garden that ensures everything works perfectly, homogeneously. But in the real world, seldom is an enterprise environment plugged in to just one brand. This is true now more than ever in the BYOD landscape, as users bring in a variety of computers, smartphones and tablets to get their work done.

As users bring in their Macs to work with company Windows boxes, writing to NTFS formatted drives is just one of the common problems that will continue to grow. While Apple has long supported reading NTFS, currently it only natively supports reading/writing to FAT32. This may not be so bad on USB flash drives or for one-off file transfers under 4GB, but it's certainly not a long-term solution with larger sized storage devices becoming more affordable, files sizes growing exponentially, and NTFS being the required format from Windows Vista and on.

Read below for a series of different solutions that can be used to tackle this particular problem. They may even be combined to allow for multifaceted solutions, depending on the implementation required.

exFAT is a file format developed by Microsoft, created in 2006. It was designed for use in environments where NTFS was not a feasible solution, such as on removable storage drives and embedded memory.

Apple added support for exFAT with 10.6 Snow Leopard and maintains this through the latest version of OS X Mountain Lion. Formatting with exFAT provides both read and write access to a drive from both OS X and Windows (and Linux as well) and is ideal for removable USB flash drives, external hard drives, SD cards, etc. Basically, any form of shareable data storage that might be shared by a team or across departments would do well with this format; however, it is not recommended to format production computer systems, as Windows will not install, due to the NTFS requirement.

Most enterprise and small-medium environments have file servers with shared drives for data distribution, storage, and so on. From 10.5, OS X has fully supported SMB or CIFS, as it's sometimes referred to, as the protocol used to communicate with Windows-based server shares. Regardless of the underlying NTFS format of the server hard drives, Macs use the SMB protocol to read/write data to these shares. The best part? It doesn't require much more configuring than what is typically needed for setting up a shared drive or folder. Most of the connectivity changes occur on the Mac themselves by pointing it to the correct server share path. Once successfully connected to the share, one could even drag and drop the share to the Login Items for the user account on a Mac so that it will reconnect at login every time.

This is by far, one of the best and easiest ways to ensure connectivity amongst the computers on the network. But a network infrastructure and at least one file server are required, making this a no-go for a small team or mobile workers.

Note: While OS X does offer native read from NTFS formatted drives, the Apple driver used to accomplish this does not - by default - offer write access. This can however be turned on to support writing through the third-party programs listed below. However, Apple does not officially support this as there are known bugs associated with this feature in current builds. NTFS-3G + OSX Fuse

NTFS-3G was written as an open source project to allow NTFS write capability within OS X natively. It consists of one application (NTFS-3G) and one file system environment (Fuse).

Install both applications and reboot the node. After doing so, you'll find the NTFS-3G preference pane option located among the Settings. Once installed, go there to enable the service and mount the NTFS drive you wish to read/write to/from.

In my experiences, NTFS-3G worked rather admirably in 10.6. I found it to be consistent, stable and had no trouble with files of varying sizes. Yet I cannot say I've had the same amount of luck in 10.7 "Lion" or 10.8 "Mountain Lion". As of this writing, there is a patch available that is supposed to offer better compatibility with Lion and Mountain Lion installations, although, I have yet to try it out myself. I will post a follow-up in the comments section, hopefully within the next few days after having installed the patch to determine its performance. However, it goes without saying, try this on a non-production system first to see if it suits your needs. When this solution works, it works seamlessly; when it does not work, it may cause kernel panics, unresponsiveness and/or difficulty in mounting NTFS drives.

Tuxera NTFS is the commercial offering from the developers of NTFS-3G. This paid version offers full-support for 10.8+, as well as support for virtualization and encryption applications. Also included with your paid license is professional support directly from the company itself and its hosted user support forums. Tuxera NTFS is a full-fledged application that does not rely on add-on functionality or patches such as its free open source cousin above.

All this comes at a cost in the form of a per-computer licensing scheme, though volume-licensing discounts are provided depending on the quantity being purchased.

Paragon Software offers a similar commercial offering as it offers support for 10.8+, support for unlimited file/partition sizes, repairing of NTFS partitions (similar to repairs of HPFS+ in OS X), and ease of installing the driver, which includes installer package for deployment via desktop management suites.

Professional support is also included in the cost of the purchase of a per-computer license, though the entry-level cost is slightly lower than Tuxera's app.

**Note: Just to reiterate, both the commercial apps are per-computer applications; meaning that it must be installed on each computer that requires read/write access to NTFS formatted drives. NTFS-3G also has the same requirement, except that it is open-source, while the commercial apps do require a paid license to legally use them for each desktop.

The beauty of all these choices is that they can be mixed and matched to provide the best solution for any given scenario in your environment. For example, you could leverage the network plus file server for reading/writing to the server shares for onsite users, while selectively installing one of the per-computer solutions on the mobile workstations. Or, you could format USB flash drives used by specific teams in the field with exFAT and install the native NTFS drivers for the team leaders, who would be able to read/write the finalized copies of their work to a centralized location and upload to a file server for other teams to work on. Either way, these choices are modular in their approach and flexible enough for just about every work site.

Jesus Vigo is a Network Administrator by day and owner of Mac|Jesus, LLC, specializing in Mac and Windows integration and providing solutions to small- and medium-size businesses. He brings 19 years of experience and multiple certifications from seve...