Can Microsoft create an interface for Office that successfully melds together to support mouse, touch, and stylus?

Windows 8 is not the only Microsoft product that is moving from a mouse-centric view of the world to one that embraces touch- and pen-driven actions as well — Microsoft's other cashcow, Office, has also received an interface touch-up. 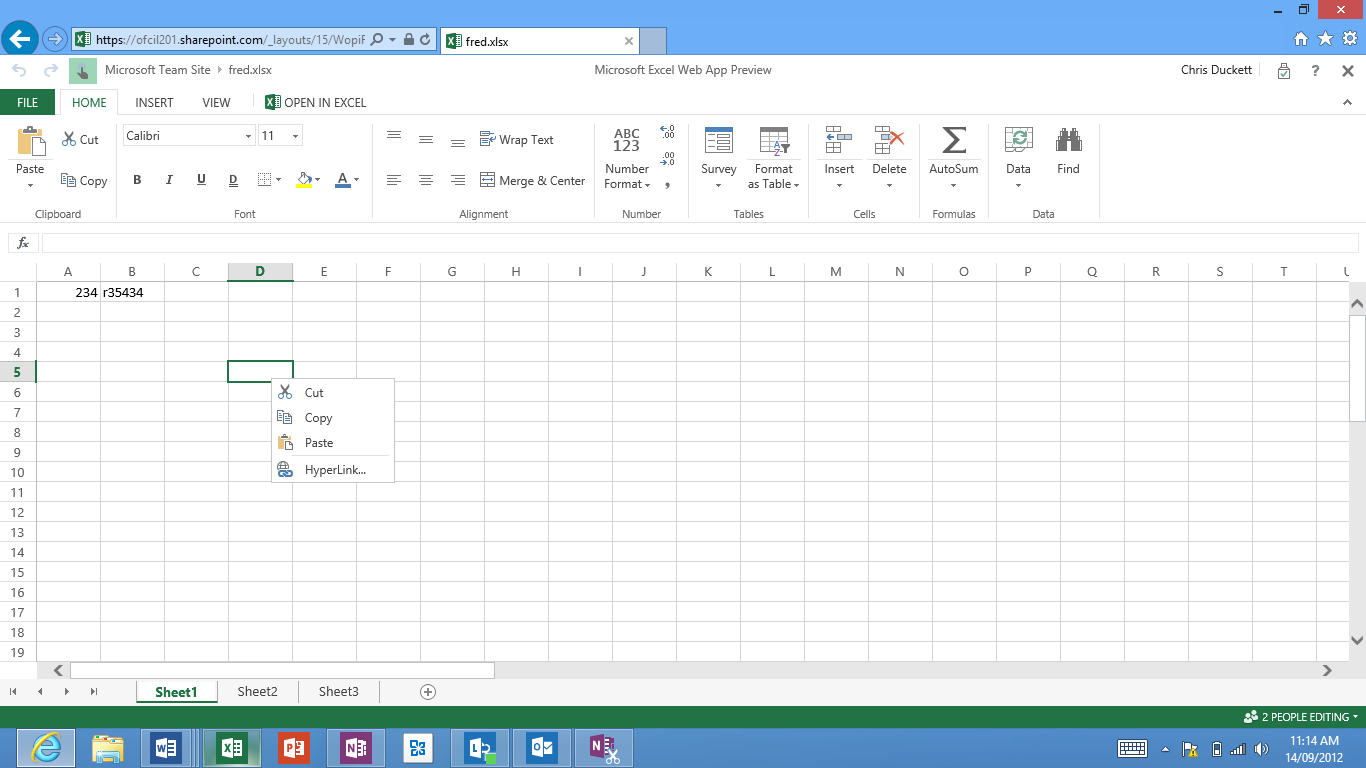 We were given the opportunity to put Office 2013 through its paces during Microsoft's TechEd conference last week.

The hardware used was a Samsung Series 7 tablet that had Windows 8 Pro installed and packed an Intel Core i5 processor with 4GB of RAM.

But the most interesting aspect was the choice of input devices: a bluetooth keyboard and stylus were supplied.

This meant that any scrolling action needed to occur via the use of fingers, as it is not possible to move any viewpoint with the stylus. I would prefer that there was a way to scroll with a stylus by hitting one of the buttons, or adding a new one on the side, that enabled a scroll mode. Something like IE's scroll mode when the middle mouse button is depressed would be nice.

After a couple of hours with the device, and being questioned as to why I would want such a mode (presumably this has never occurred to the design teams at Microsoft or Samsung), I still believe that this is a major oversight at the worst, and a sheer annoyance at the very least.

Maybe I do not grok finger- and pen-driven navigation yet, but it strikes me as strange that I can have the full range of input operations with a mouse or sole use of finger, but not sole use of a stylus.

Enough ranting; let's move on to the program at hand: Office 2013.

View the rest of this gallery.

Chris Duckett attended TechEd as a guest of Microsoft.