Qt finds a third owner and new home away from Nokia

The sale rumours were swirling when Nokia chose to close its Brisbane office last week, and seven days was all it took to confirm that Nokia had sold its Qt operations to fellow Finnish company Digia. These operations consist of product development, as well as the commercial and open source licensing and service business. 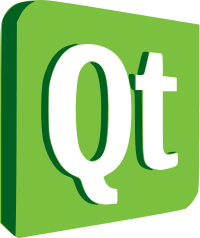 Digia has form with Qt, having purchased the commercial licensing business from Nokia, last year.

In a statement, Digia said that it plans to quickly make Qt available on Android, iOS and Windows 8 platforms.

As part of the acquisition, a maximum of 125 Qt people from Nokia will transfer to Digia, mostly from the Norwegian and German office — Qt offices are also present in Finland, Japan, China and the US.

"Now is a good time for everyone to revisit their perception of Qt. Digia's targeted R&D investments will bring back focus on Qt's desktop and embedded platform support, while widening the support for mobile operating systems," said Tommi Laitinen, Digia's senior vice president of international products.

"Nokia is proud of the contributions we've made to Qt over the past four years. We are pleased that we've been able to work with Digia to secure continued development of Qt by the current core team," said Sebastian Nyström, head of Nokia Strategy.

This will be Qt's third owner, having started at Trolltech, before moving to Nokia in a 2008 acquisition of Trolltech.