When being first is not enough - and thinking of the long term can help...

Popular wisdom paints Apple as the innovator and Nokia as the plodder. Nothing could be further from the truth. But Nokia will have to redirect its creative energies if it is to reverse its declining fortunes, says silicon.com's Jo Best.

To say Nokia has been suffering of late is something of an understatement. A profits warning, a tumbling share price, a credit agency reducing Nokia's debt status to little more than junk and unsavoury buyout rumours, let alone that dwindling market share.

There's no doubt Nokia's position will get worse before it gets better. Its decision to ditch the venerable Symbian operating system in favour of Windows Phone 7 - handsets running the Microsoft mobile OS won't be out for months - will leave a big hole in its product portfolio. Expect that market share to dwindle further and the share price to keep tumbling like an Olympic gymnast for some time to come. 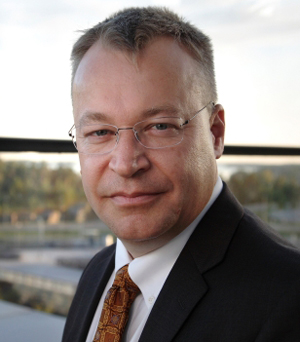 The man in charge of Nokia, CEO Stephen Elop, has proved himself anything but afraid to try new thingsPhoto: Nokia

Nokia's problems, as any pub scholar of tech will tell you, started with the iPhone. At the time of its launch, Nokia didn't have - and still doesn't have - a serious challenger to the Apple mobile.

Apple's products do well because they are not innovative. That is, they are not larded with new technology or features. Apple cherry-picks the best of what others have already done and does it better - more smoothly and more intuitively. The announcement of the latest iOS 5 operating system is a prime example. Its most-talked-about new features are reduxes of other tech companies' work: iMessage borrows heavily from BlackBerry Messenger, Notification Center has more than a whiff of Google's Android about it.

Apple's true innovation, if it can be called that, is in taking an old standard and making it better. The iPhone's touchscreen that spawned a thousand keyboardless imitators is, after all, not a new phenomenon. Touchscreen phones had been around for many years, Apple just made them miles better.

Nokia, on the other hand, has never been shy of trying something new. In hardware, for example, it was never short of ideas and made several attempts to do something genuinely different with mobile design - think the 7200, the N90 or the N-Gage. It even had its own media tablet, the N770, long before Apple ever did. It was also arguably the first to make genuinely mass-market smartphones. 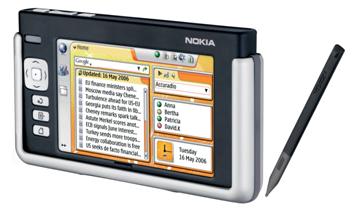 Unfortunately for Nokia, being the first didn't always work out. The user experience was often horrible, the imagined niche for the new product didn't exist.

Apple, meanwhile, waited, listened and learned, saw its rivals' mistakes and made a more desirable product, leaving Nokia looking like the lonely party host whose guests have gone to a cooler shindig.

In the post-iPhone world, Nokia lost its thirst for the new, attempting to counter the iPhone with a product line-up that harked back to its glory years. Unsurprisingly, offering neither new nor old-but-improved user experiences, Nokia watched its market share drop.

Recently appointed CEO Stephen Elop, the ex-Microsoft man appointed to bring Nokia back to life, has proved himself anything but afraid to try new things: Symbian and MeeGo out, Windows Phone 7 in.

It's a seriously interesting proposition. By hitching its wagon to Microsoft's star, Nokia has cut itself off from one of its former areas of strength: hardware design. In the past, its reputation was for...

Comment and share: Can Nokia rise again? The question of culture that saw it fall far from Apple's tree

Jo Best has been covering IT for the best part of a decade for publications including silicon.com, Guardian Government Computing and ZDNet in both London and Sydney.