Steve Ranger's Notebook: It's time to rethink how we use digital tools in the workplace...

Businesses that are serious about tackling information overload need to look beyond the technology and change their company culture, says silicon.com's Steve Ranger.

I once had a colleague who had a policy of only reading email if it was addressed to him and him alone.

As a result he would cheerfully ignore any CCed or 'reply all' missives that made their way around the office. His assumption was that if the message was really important they'd either send it to him again, or actually come and speak to him about it face to face.

At the time I thought this was a slightly silly affectation, but now I understand it as an electronic coping mechanism - a way of filtering out the noise which can otherwise be deafening.

I thought of him when I read a report which found the majority of UK managers are working longer hours, have higher workloads and are more stressed compared with those ten years ago.

It's a grim picture and what is striking is that technology, rather than helping bosses to navigate through their day more efficiently, is making life more difficult.

Managers report an average of around 40 more emails per day compared to ten years ago, and an unlucky five per cent reported at least another 100 messages clogging their inboxes, according to the research by the Institute of Leadership & Management (ILM). 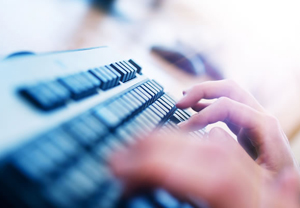 Do we need to rethink how we use technology in the office?Photo: Shutterstock

Perhaps unsurprisingly the mobile phone was top of the list of technologies that managers wish had never been invented, the research found.

The widespread adoption of mobile phones, and more recently mobile email, has increased the pressure on managers to respond whenever and wherever they are, and the ILM says this temptation to work longer hours is having an impact on stress levels.

Add in the more recent pressures of Twitter and instant messaging and the nightmare landscape is complete.

What's worse is that technologies such as videoconferencing - which once held out the promise of revolutionising the way offices work for the better - have had little impact. So what has gone wrong?

One way of looking at this is that our...